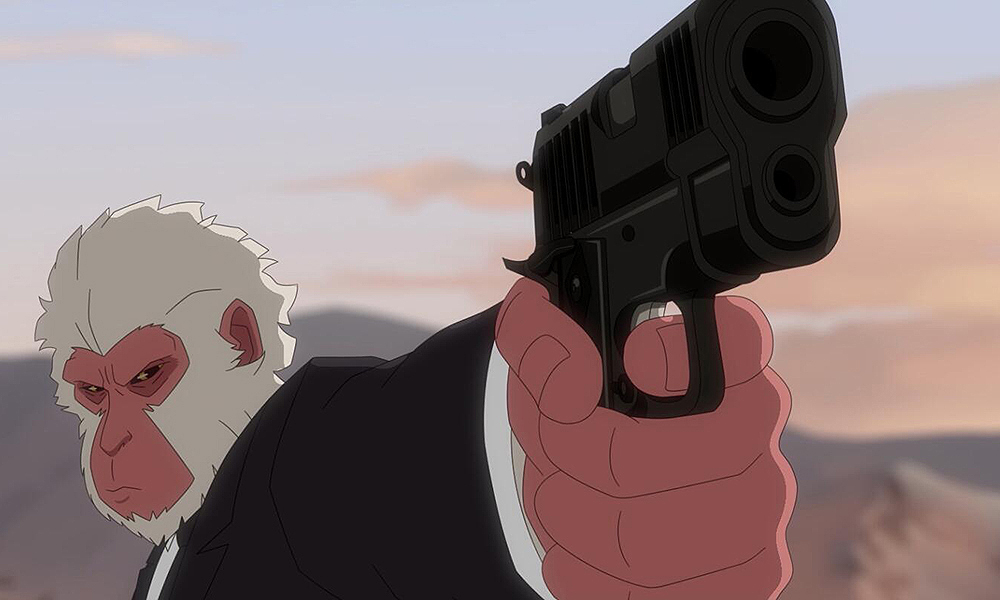 Will Speck and Josh Gordon went ape for Hit-Monkey when they first came upon Daniel Way and Dalibor Talajic’s original comic-book series about 10 years ago. “We were struck by its original story and how rich and deep the material was,” says Gordon, who’s best known for directing live-action comedies such as Office Christmas Party and Blades of Glory and the impactful Gecko and Cavemen commercials for Geico with Speck. “We loved these strange Marvel one-shots and thought it would be a great premise for a limited run series. This was before Guardians of the Galaxy came out and we were wondering if Marvel was ever going to make a movie around a character who grunts, doesn’t speak and you simply have to interpret how he’s feeling.”

“When we first started to pitch the comic book, they’d tell us that we’re the fifth directors who have fallen in love with the property,” says Gordon. “Then, three years ago, we pitched it to Jeph Loeb at Marvel and they flipped for it. Adapting it as an adult animated show gave us the ultimate freedom to produce the show that we wanted to see.”

The new animated Hulu series centers on a Japanese snow monkey (voiced by Fred Tatasciore), who is trained by Bryce, an American assassin’s ghost (Jason Sudeikis), after his tribe is murdered in the Alps. Hit-Monkey also features George Takei and Olivia Munn as kindly politician Shinji Yokohama and his ambitious niece. Ally Maki and Nobi Nakanishi round up the cast as a pair of well-intentioned cops.

Speck and Gordon, who have been good friends since they met as students at NYU, are quite pleased that the show’s animation is handled by Atlanta-based Floyd County Productions, the studio best known for their work on Archer. Speck notes, “We loved the sarcasm and humor with which they animate that show, because we also wanted something different and adult oriented. They partnered with Toonz (India), Snipple (Philippines) and Mighty (Mexico) to produce the animation, and we love what they were able to achieve.” 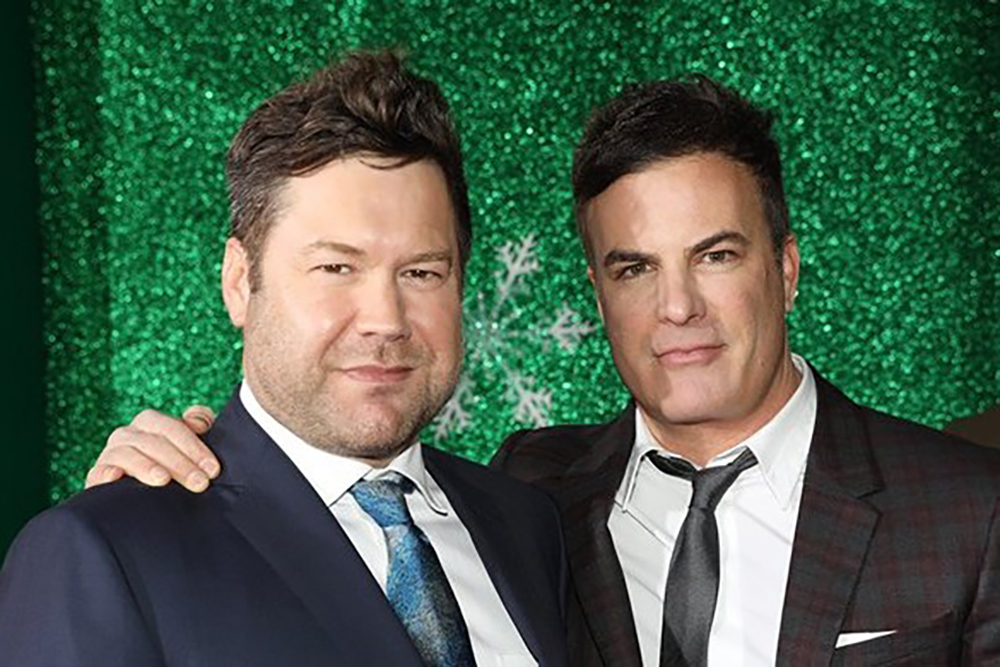 Josh Gordon and Will Speck

The showrunners were aiming for a rich, cinematic overall mood for the show. “Much of the show has comedic elements led by Jason Sudeikis’ character, but it also delves into darker, more melancholy tones,” explains Gordon. “Episode eight, especially, delves into the effects of violence in the lives of a broken-down American assassin. It’s ultimately a revenge saga, but it also underlines the uselessness of revenge, because it never brings back the people you have lost. It turns you into the very monster that you are chasing. I’m proud to say that the animation goes there.”

Both Speck and Gordon love the show’s complex monkey character. “He is not just this crazy violent character, but he has this vulnerable soul,” says Speck. “We think the best characters are those that you care about and have vulnerability in spades. You are always rooting for him and you want him to get his revenge, while you’re horrified by the world of humans. We also love Jason’s Bryce character and his sarcasm. He is by far the worst possible tour guide and mentor our monkey can have. He has wasted his own life, but now he has to teach Monkey how to navigate the world. It was a lot of fun watching Jason Sudeikis recording the voice, because he said the character was on the complete opposite side of the spectrum from his Ted Lasso persona.”

The co-creators mention that they love the more complex adult worlds that modern animation can bring to screens both large and small. “We grew up on Adult Swim and we’re obsessed with Ricky and Morty; we love Akira — films and TV shows that really delve into very complex, morally complicated stories. By telling them in animation, you are building up the world and not ‘kiddifying’ them. We love that animation can go to these dark and interesting places. Bryce is not a good human being, but he slowly realizes that his entire life he has been a pretty terrible person. This is his one last chance to redeem himself.”

Gordon adds, “The show really feels like a movie, spread out in 10 episodes. I hope the audience will be entertained. Ultimately, we wanted to make a fun, adult, moody escapist show. It deals with the curse of violence, but you also get comedy and entertaining storylines. It goes back to a great line in the show which says, ‘If you pick up a gun in anger, you’re cursed never to put it down again.’”

Marvel’s Hit-Monkey premieres with 10 episodes on Hulu on Wednesday, November 17.