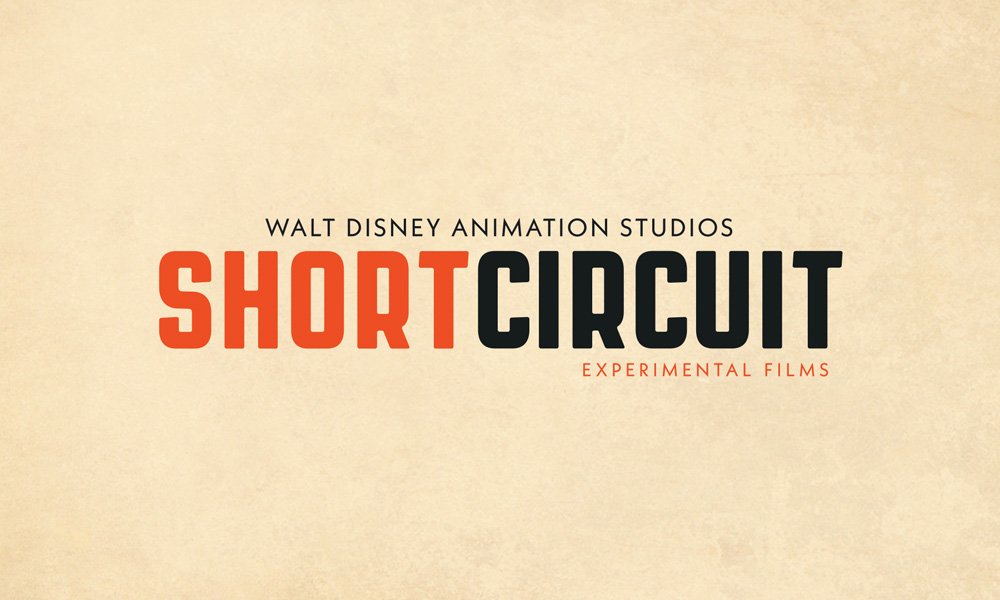 Started in 2016, the program is open to any studio employee to pitch an idea and potentially create an original short film, with the support of Disney Animation and their fellow artists. The goal of Short Circuit is to take risks with visual style as well as story, buoy new voices and experiment with new filmmaking technologies while doing it.

So far, 20 Disney Animation Artists have worked with the program — including Jeff Gipson, who created the award-winning VR short Cycles as part of Short Circuit. This crop of directors includes talented artists who have worked on Disney hits including Frozen, Frozen II, Zootopia, Moana, Big Hero 6 and Wreck-It Ralph. 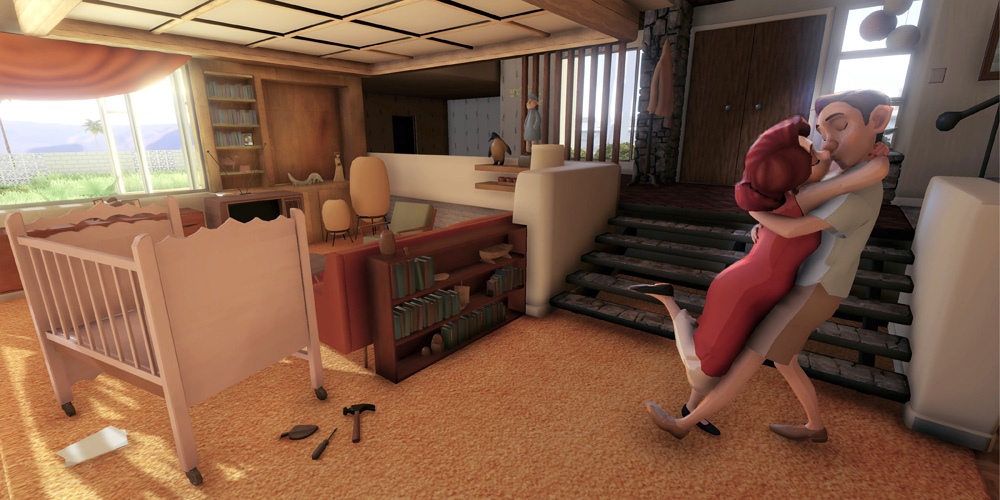 Cycles | A story centered around the true meaning of creating a home and the life that it holds inside its walls. Director Jeff Gipson first joined the studio in 2013 as a lighting apprentice on Frozen, and made his directing debut with Cycles, Disney Animation’s first VR short, for which he won a Lumiere Award in 2019. He recently debuted his second VR short film Myth: A Frozen Tale, at the world premiere of Frozen II.

Downtown | A commuter’s disappointment in missing the bus turns into a colorful and unexpected joyride when the surrounding street art bursts to life, revealing the heart of the city from an entirely new perspective. Director Kendra Vander Vliet joined Walt Disney Animation Studios in 2013 as a rough layout artist on Frozen, and went on to work on such films as Feast, Big Hero 6, Zootopia, Ralph Breaks the Internet and Frozen II. She enjoyed the challenge of telling her story through color and street art, with over 100 custom mural designs created for the project.

Drop | A newly-formed raindrop falls to earth for the first time and has an unlikely and heartfelt encounter with a young girl that proves to be uplifting for both. Director Trent Correy started at Walt Disney Animation Studios in 2012 as an animation trainee in the Talent Development Program. He most recently oversaw the animation of the beloved character, Olaf, among others in his role as animation supervisor on Frozen 2. His other credits include Frozen, Big Hero 6, Zootopia, Moana and multiple shorts.

Elephant in the Room

Elephant in the Room | A lost baby elephant is taken in by a boy and his father to work on their banana plantation. As the two quickly bond, the boy discovers that his new best friend yearns for her family and home in the wild. Director Brian Scott began his career at Walt Disney Animation Studios as an animator on Frozen. He then went on to work on such films as Big Hero 6, Zootopia, Moana, Frozen II and the 2015 Oscar-winning short, Feast (on which he served as head of animation). A chance childhood encounter with a baby elephant, and, many years later, the arrival of his first child, provided the inspiration for Elephant in the Room.

Exchange Student | Life is hard enough for an exchange student at a new school, but as the only earthling at a school for aliens, the central character in this fanciful story is the ultimate outsider and must prove her worth to be accepted by her unusual new classmates. Director Natalie Nourigat joined Walt Disney Animation Studios in 2015 as a story apprentice. She has gone on to serve as a story assistant and story artist on Ralph Breaks the Internet. 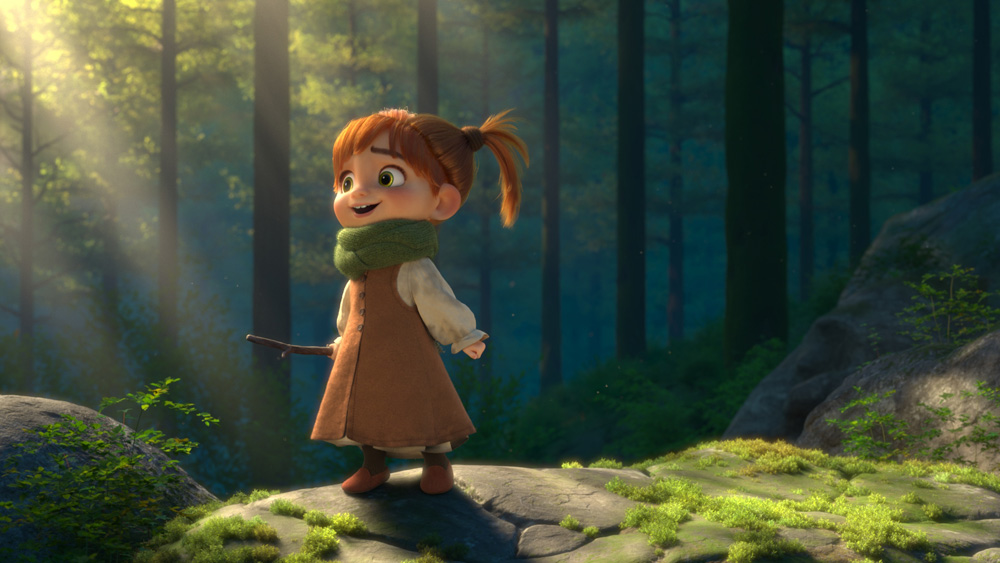 Fetch | A child wants to play fetch with her pet. Unfortunately he’s wandered deep into an imposing forest. Director Mitch Counsell started his Walt Disney Animation career as a character TD on Big Hero 6. He has worked in a similar capacity on such films as Zootopia, Moana and Ralph Breaks the Internet and most recently served as part of the “Tactics Team” consultancy group on Frozen II.

Hair-Jitsu | A young girl faces off against an evil hairdresser as she goes through imaginative lengths to avoid her first haircut. Director Brian Estrada started at Walt Disney Animation Studios in 2013 as a production assistant on the 3D version of The Little Mermaid, and has worked in many different departments at the studio including Story, Art, Editorial, Environment Assets, and Post Production, where he is currently the coordinator. At Disney Animation, his credits include Zootopia, Moana, Ralph Breaks the Internet and Frozen II.

Jing Hua | A grieving martial artist pays tribute to her recently departed teacher by creating a painted world using a magical form of kung fu. Director Jerry Huynh is a general TD at Disney Animation, with credits including Moana and Ralph Breaks the Internet. Huynh drew upon his family roots and culture in telling this very personal story. 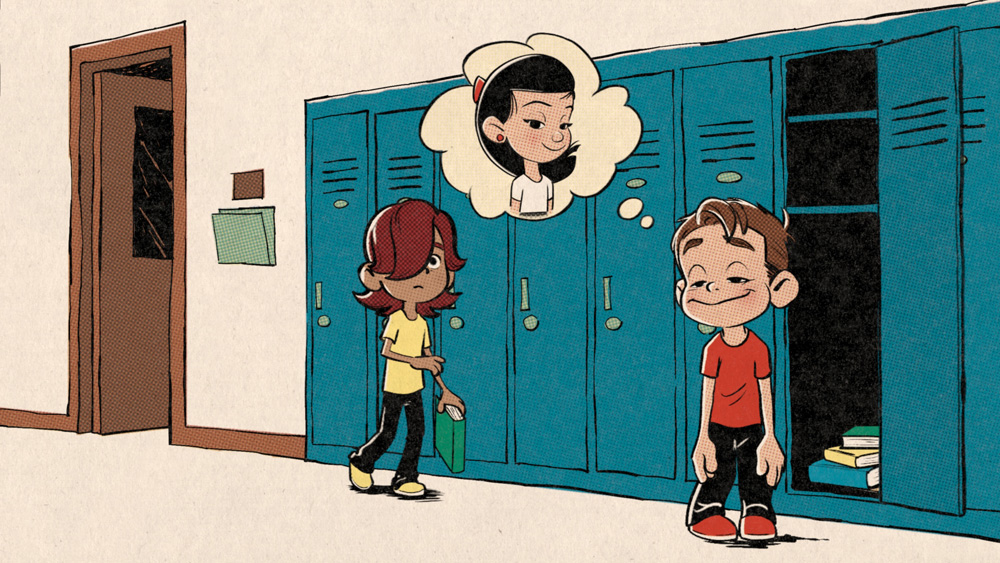 Just A Thought | An awkward 12-year-old boy named Ollie experiences “bubble trouble” when his true feelings for a girl are embarrassingly revealed in the form of a physical thought bubble. Director Brian Menz fell in love with animation at a young age and came to Walt Disney Animation Studios in 2008 as an animator on Bolt. He then went on to work on such films as Big Hero 6, Wreck-It Ralph, Frozen, Zootopia, Moana and Ralph Breaks the Internet, and is currently an animation supervisor on Raya and the Last Dragon.

Lightning in a Bottle

Lightning in a Bottle | During a thunderstorm, a young boy’s effort to capture lightning in a glass bottle as part of a science fair project succeeds beyond his wildest expectations, but is shocked when he discovers the consequences of this unnatural feat. Director Virgilio John Aquino had early ambitions of becoming a comic book artist, but turned towards a career in animation at the age of 26. Starting as an effects animator on Hercules and Fantasia/2000, he went on to work as a modeler on such recent features as Tangled, Wreck-It Ralph, Frozen, Big Hero 6, Zootopia and Frozen II. 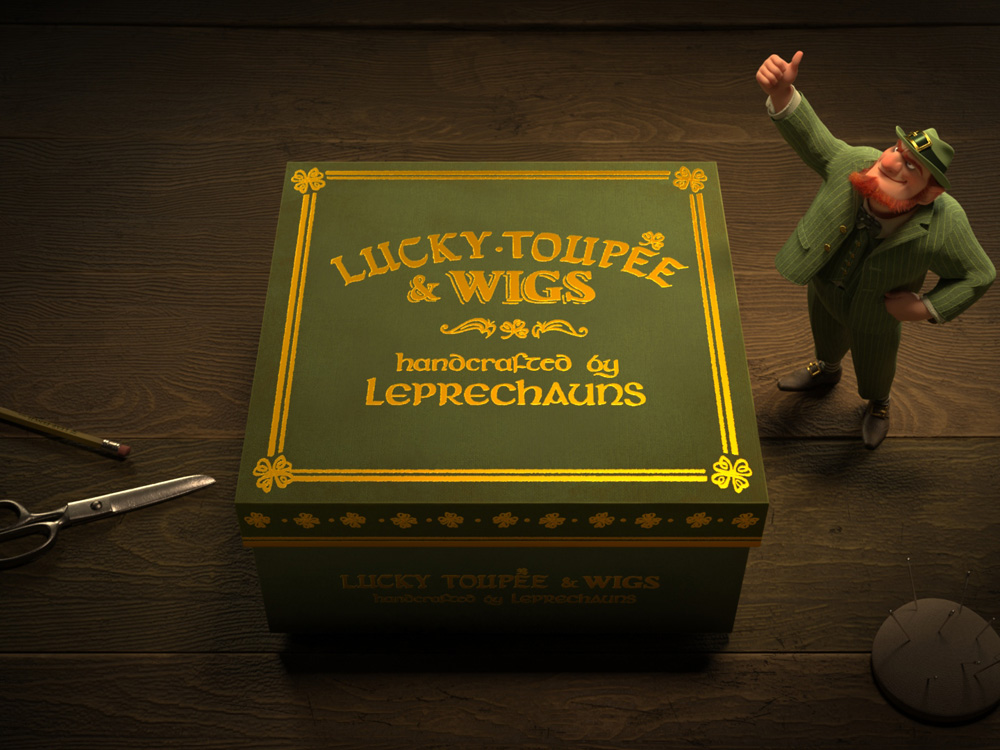 Lucky Toupee | This clever bit of balderdash lifts the lid on an original tale about a hijacked hairpiece, a gang of larcenous leprechauns, and a budding romance. Director Nikki Mull started as a trainee at Walt Disney Animation Studios in 2013, and is currently a character look supervisor on Raya and the Last Dragon. Her credits include Moana, Big Hero 6, Frozen and Frozen II.

Puddles | An adventurous young boy discovers that puddles can be portals to a fantastical world, but struggles to get his sister’s attention away from her phone to see the magic in the world around her. Director Zach Parrish joined Walt Disney Animation Studios in 2010 as an animator on Tangled. He then went on to work on such films as Wreck-It Ralph (supervising animator), Big Hero 6 (head of animation), Zootopia and Moana (animator), and Ralph Breaks the Internet (workflow supervisor and animator).

The Race | Grim desperately needs one more soul to win his work competition, but his last scheduled collection at a rigorous bike race turns his world upside-down. At the finish line, he learns that life is not always about the trophy at the end of the race. Director Terry Moews is a 23-year Disney veteran, who came to Walt Disney Animation Studios in 1996 to supervise and shoot the live-action backgrounds for the innovative computer-animated feature, Dinosaur (2000). Moews was then chosen to create the CG layout department for Disney’s Chicken Little. He went on to serve as visual effects supervisor, layout supervisor, studio department leader and layout artist on such films as Bolt, Big Hero 6, Tangled, Frozen, Zootopia, Moana, Ralph Breaks the Internet and Frozen II. 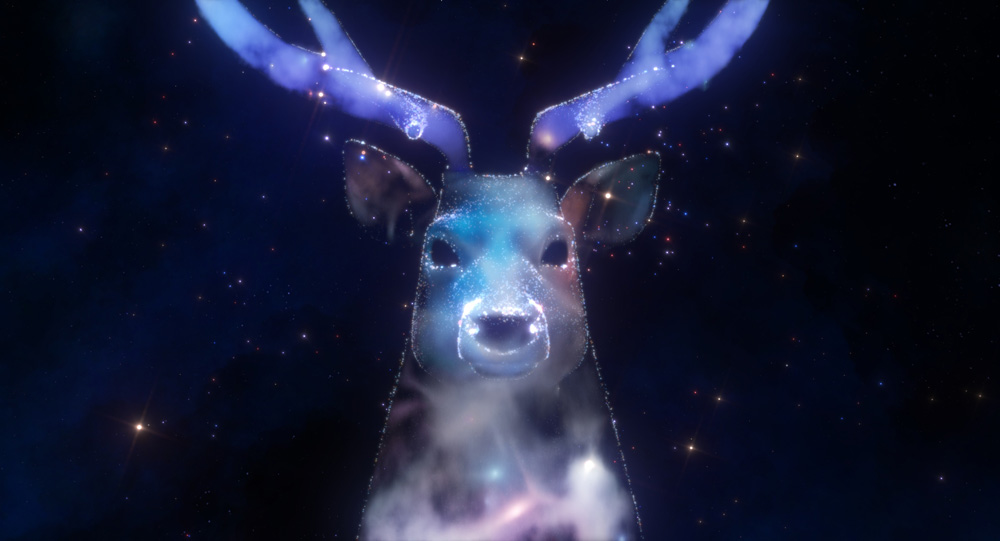 Zenith | A luminous, ethereal stag bounds effortlessly through a dark expanse of the universe, leaving a galaxy of stars in its wake. When it accidentally creates a black hole that threatens to devour everything in sight, the stag is forced to make a decision that will leave a lasting impression. Director Jennifer Stratton started with Walt Disney Animation Studios in 2013 as a look development artist for Special Projects/Legacy, and segued into feature production where she has contributed to the look of such features as Zootopia, Moana, Ralph Breaks the Internet and Frozen II. On Zenith, she was particularly excited to be working with the effects team to push the design of the characters, and bring unique, cool new visuals to the screen.