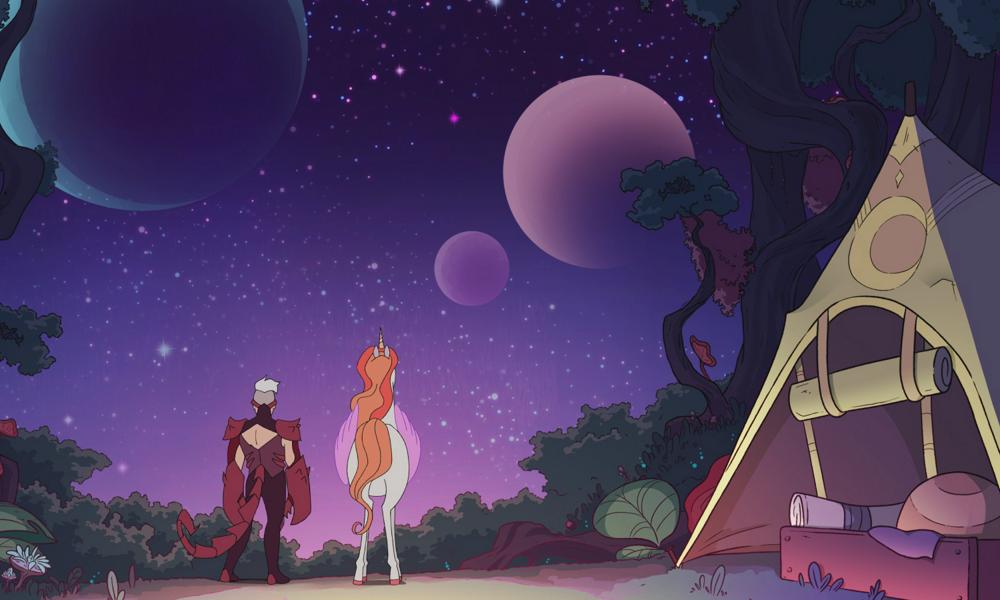 The Emmy, Critics Choice and GLAAD Media Award-nominated Netflix original series She-Ra and the Princesses of Power returns May 15 with 13 all-new episodes! To send off the series finale of the hit DreamWorks Animation adventure with the full royal treatment, a new trailer has launched featuring an exciting cover of the theme song “Warriors,” performed by AJ Michalka (voice of Catra).

The full series soundtrack, including Michalka’s cover and score from series composer Sunna Wehrmeijer, will be available May 8. (Pre-save to Spotify and Apple Music here.)

Led by executive producer Noelle Stevenson (Eisner Award-winning and New York Times bestselling writer and cartoonist), She-Ra and the Princesses of Power has put women unabashedly at the forefront on and off screen, with empowered characters brought to life by a diverse voice cast, an all-female writers room and a majority female crew. Stevenson and her team have created emotionally complex and diverse heroes depicted through race, gender, body type and sexuality, that have expanded what sci-fi-fantasy can be and who can see themselves represented.

Follow @DreamWorksSheRa across social media for the latest updates.