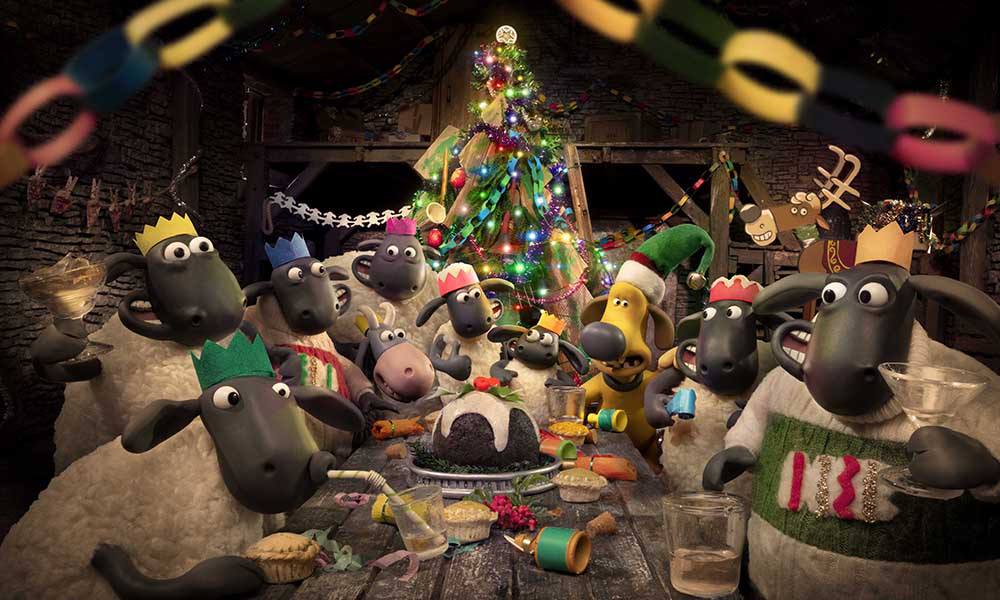 Aardman Animations’ Steve Cox, the director of the new Shaun the Sheep: The Flight Before Christmas special, has been a key player in the stop-motion world for more than two decades, working on series such as Bob the Builder, Pingu, Timmy Time and Shaun the Sheep: Adventures from Mossy Bottom and features such as $9.99, The Pirates! Band of Misfits, Shaun the Sheep Movie and Early Man. We were very pleased when he agreed to chat with us about his upcoming special which premieres on Netflix outside the U.K. this month:

Animation Magazine: Can you tell us the origins of this Shaun Christmas special and how you got involved with the project?

Steve Cox: At Aardman, we are well known for our half hour specials. It’s a format that we like making, and Christmas wouldn’t be the same without at least a couple of Aardman films on the telly. Despite this and despite Shaun being such a popular character, we were yet to make a Shaun half-hour about Christmas — so it was a no-brainer, really. I had just finished directing on Shaun Series 6 and the idea to make a Shaun Christmas special had been building momentum for some time. There had been a couple of concepts bouncing around and in November of 2019 we settled on one of the ideas and went into the development process. 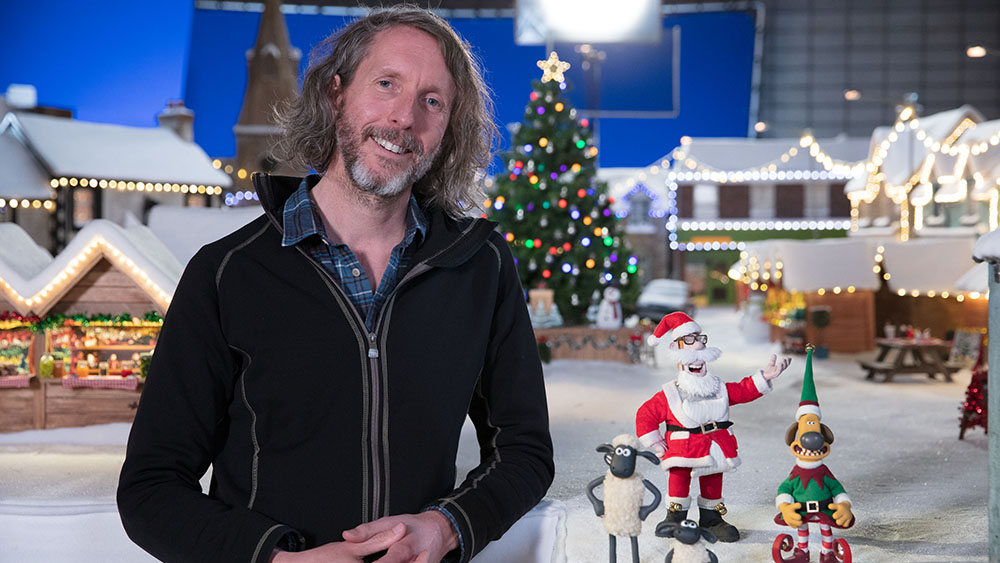 Steve Cox on set at Aardman, with a few festive friends.

When did you start working on it with the team and how long did it take to finish?

It was a very small team to begin with — Mark Burton and Giles Pilbrow had put the initial idea together and Richard ‘Beeky’ Beek, the producer, got me involved. So development started at the end of 2019 and we finished the film at the end of summer this year.

What do you love about this holiday outing?

The thing I love most about our Christmas special is just the sheer amount of heart and comedy we managed to squeeze into just half an hour. Aardman is famous for comedy, so I knew we would have a great time making it funny. And being a Christmas film, it was important to me that it had real heart and felt really festive.

I’m sure pandemic restrictions made it tough on the team at Aardman, too.

The pandemic definitely had an impact on us at Aardman, as it did everyone worldwide. We had to shut down the studio for a short while but there was plenty that could be done remotely in terms of pre-production. I had a great team of storyboard artists on the other end of the internet and it was good fun bouncing ideas and sketches back and forth over Zoom. 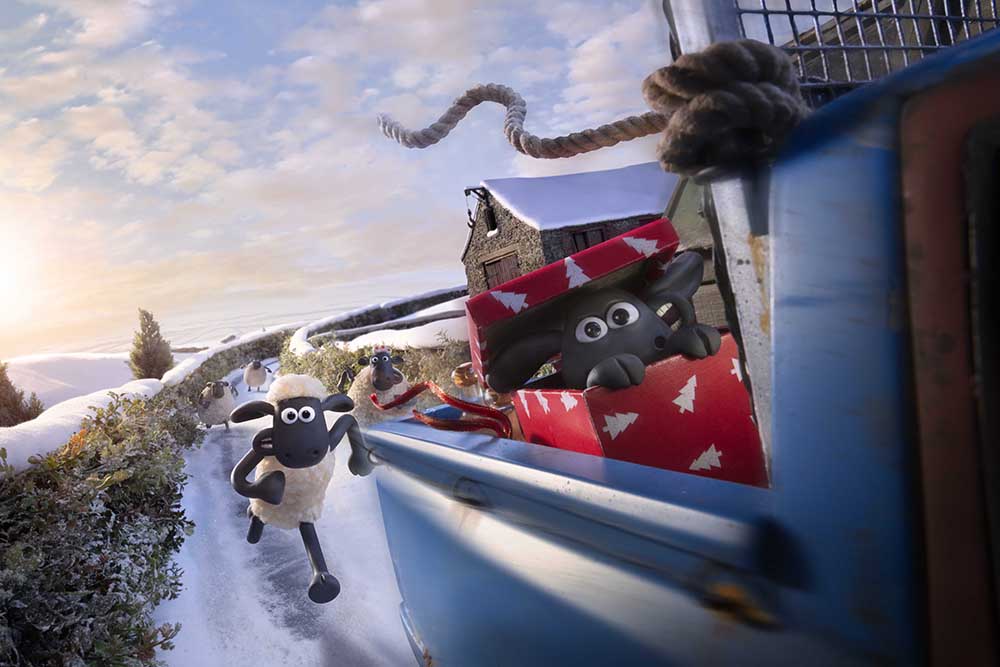 What would you say sets this special apart from the previous Shaun adventures?

In terms of the complexity of the film, we’d set our ambition pretty high. We wanted the half hour to feel like a mini movie with story, animation, sets and lighting to match the quality of our feature films. The team worked really hard to achieve this and I think we managed to make a really fantastic film. We have such a large cast of characters in Shaun’s world, so it was a challenge to give them all a good bit of screen time. We thought that as it’s Christmas we should give Timmy a bit more of a starring role this time, and use him as the catalyst for the story.

You have been with Aardman since 2009. How has the studio changed over the years?

The studio itself hasn’t changed a bit — there are still doodles and notes written on the walls from way before I even joined Aardman. The crew tend to sign a wall at the end of a production, so there are little slices of history all around the place. In terms of what we make here, the quality and ambition of our films has continued to grow and grow. We’ve embraced new technologies such as 3D printing, VR and 3D and combined them with our traditional method to keep pushing ourselves to make great films. 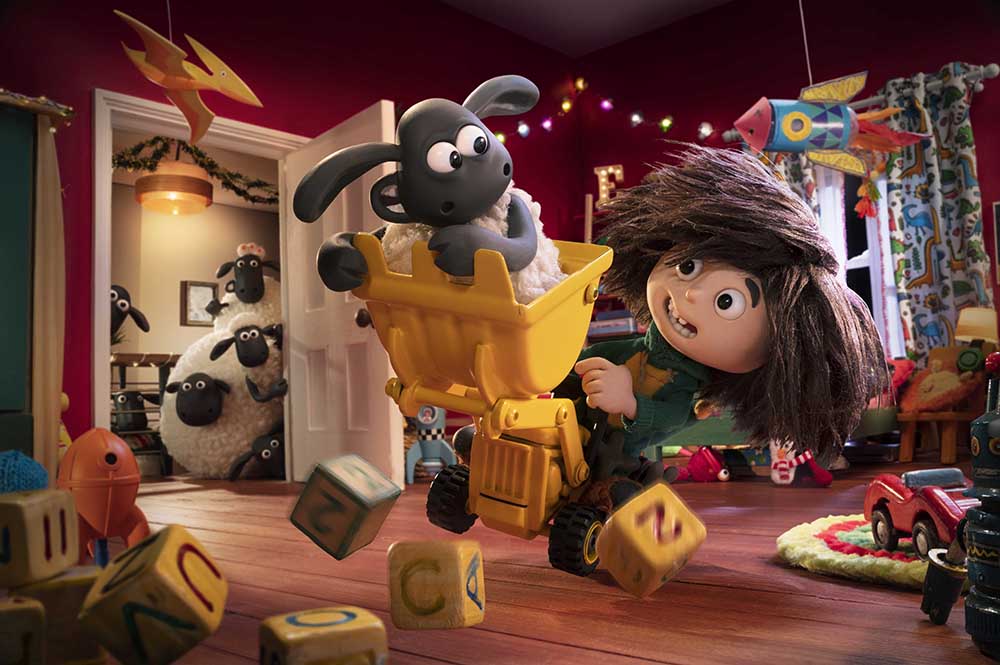 What made you fall in love with the stop-motion medium in the first place?

I’ve always loved drawing and creating characters. When I was growing up I thought I wanted to draw comics, but then I remember seeing the music video to “Take on Me” by A-ha on TV. I was fascinated at how they had created a door — literally — into another world, and I think that’s what made me love animation. The idea of creating whole worlds full of characters and stories really appealed. When I saw behind the scenes photos from some of my favorite films like Jason and the Argonauts and The Empire Strikes Back I started to become aware of stop motion. I thought to myself, I want to be like that guy, Phil Tippett, and pop up through little trapdoors and bring fantastic characters to life. And then when I saw Wallace & Gromit: The Wrong Trousers — that was it, I was sold.

Can you talk about the magic of the medium when it comes to holiday specials such as Rudolph, Frosty the Snowman and even that other new Aardman special, Robin Robin?

Stop motion is very tactile. You can see that these worlds and these characters are made from clay or felt or some other very real material. And then when they are brought to life it’s very magical. And Christmas is a very magical time, so stop motion really suits it. Robin Robin is a very beautiful film. It’s Aardman’s first real step into the world of felting. It’s a fantastic material, it looks great on camera and it really suits Robin, the mice and the whole world that Dan [Ojari] and Mikey [Please] created. 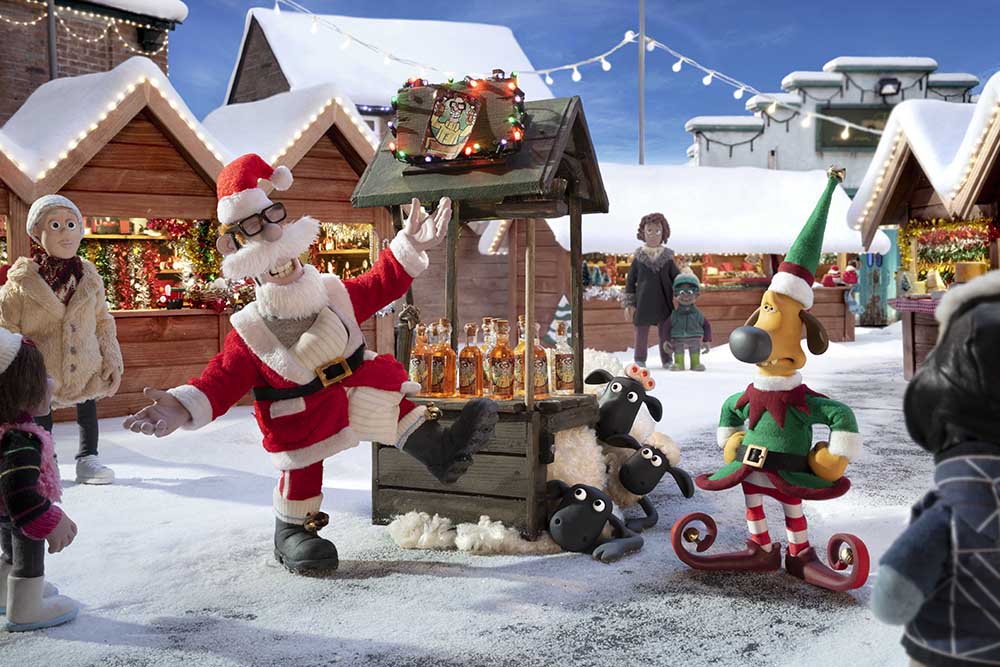 Which character is your favorite to animate?

Shaun is great, he’s a cheeky chappie and his slightly skewed view of the world gets him into all sorts of predicaments. He’s a great puppet to animate — lightweight, great poses and generally very user friendly. But Bitzer is my favorite character to animate. He’s always on the receiving end of Shaun and the Farmer’s antics, torn between looking after them both and often left to clear up the mess. He’s got a great voice and his face is very expressive —  like Gromit, there’s a lot you can do with that brow.

Finally, what’s the best advice you can offer newbies who want to get into stop motion?

There are loads of free apps out there to get started with stop motion. You can do so much with a phone or a tablet, they’re like little mobile studios. But don’t forget to keep drawing. Draw, draw, draw. Get used to making things look good in 2D, learn about posing and composition, and build up your fundamental skills — they are all needed when it comes to stop motion. And then one day you’re going to have to show someone what you can do in order to get into the industry. So make little films, make models and draw comic strips. It’s all good practice and easily accessible. All you need to start creating your own world and characters is a pencil and a piece of paper.

Shaun the Sheep: The Flight Before Christmas premieres on Netflix on Friday, December 3.