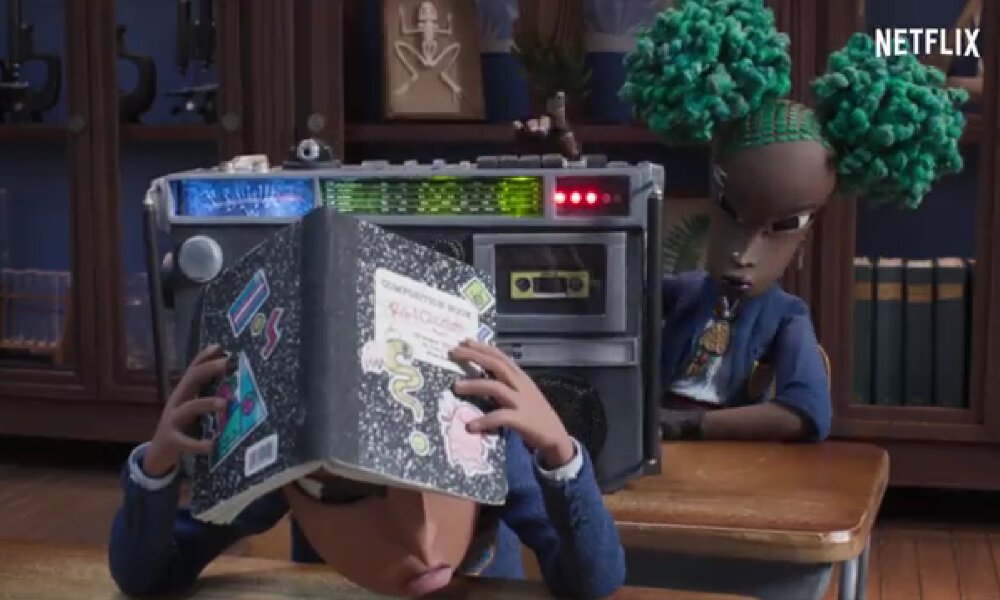 Keep an eye out for Kat, the teen protagonist in WENDELL & WILD—Henry Selick’s new animated film, co-written by Selick and Jordan Peele.

Tune into her boombox at https://t.co/JPcanxHV2m

Wendell & Wild is a stop-motion feature film about two demon brothers who escape the Underworld and find themselves in a town where they must evade a demon-duster teenager, Kat, who is trying to destroy them.

Peele (Key & Peele, Get Out) is also producing through his Monkeypaw company along with Selick and Ellen Goldsmith-Vein from the Gotham Group. Sarah Serata will co-produce. Executive producers are Win Rosenfeld for Monkeypaw, Peter Principato and Joel Zadak for Principato-Young, Lindsay Williams and Eddie Gamarra for The Gotham Group. Argentinian artist Pablo Lobato will design the characters.

Coming to Netflix in 2022, Wendell & Wild will mark Selick’s return as an animated feature director in the (appropriately for his macabre sensibilities) 13 years since he wrote, directed and produced Coraline for LAIKA. The helmer is also known for other stop-motion classics The Nightmare Before Christmas, James and the Giant Peach and hybrid movie Monkeybone. More recently, Selick has been tapped by the Russo Brothers to direct the pilot for the upcoming TV adaptation of horror video game Little Nightmares.