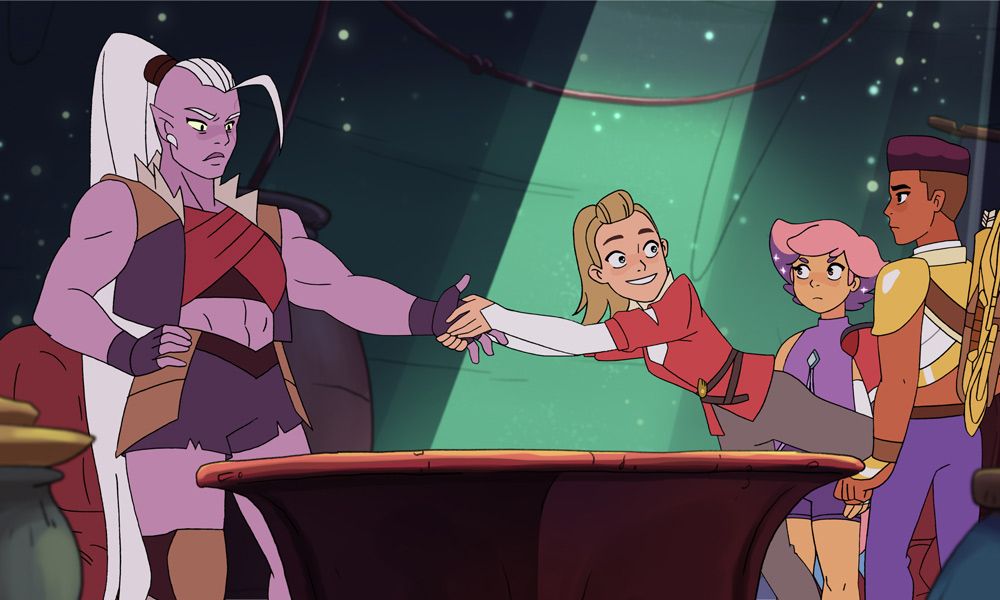 Throughout the panel, the audience was given exclusive first looks at S3, including the never-before-seen trailer and a sneak peek of new guest star Oscar-winner Geena Davis in action as a tough fighter named Huntara — whose animated abs greatly impressed the Oscar-winning actress and gender equity advocate when she got her first look at the character! The panelists shared several clips that show Adora, Glimmer, Bow, Catra and Scorpia traveling through a desolate land called the Crimson Waste.

Other juicy tidbits revealed Marcus Scribner’s favorite line to say (“Glimmmmmer”), Noelle Stevenson’s scoop that the character Mara references another from the vintage He-Man cartoons, and that — according to Aimee Carrero — Adora would be the worst singer if the show did a musical episode. Lauren Ash added that she was pretty sure there’s no music in the Horde, but Scorpia probably sings herself to sleep.

S3 finds Adora learning that many things in her past are not what they seem, leading her to embark on a journey of discovery to the desolate Crimson Waste where she meets de facto leader Huntara. Punished by Hordak (Keston John) for Shadow Weaver’s (Lorraine Toussaint) escape, Catra (AJ Michalka) and Scorpia also find themselves sent to this land of cutthroats and criminals on a mission to aid Hordak and Entrapta’s (Christine Woods) master plan. Feeling pushed aside, Catra will stop at nothing to bring Adora and the Princess Alliance down as the fate of Etheria hangs in the balance.

She-Ra and the Princesses of Power premieres on Netflix August 2. 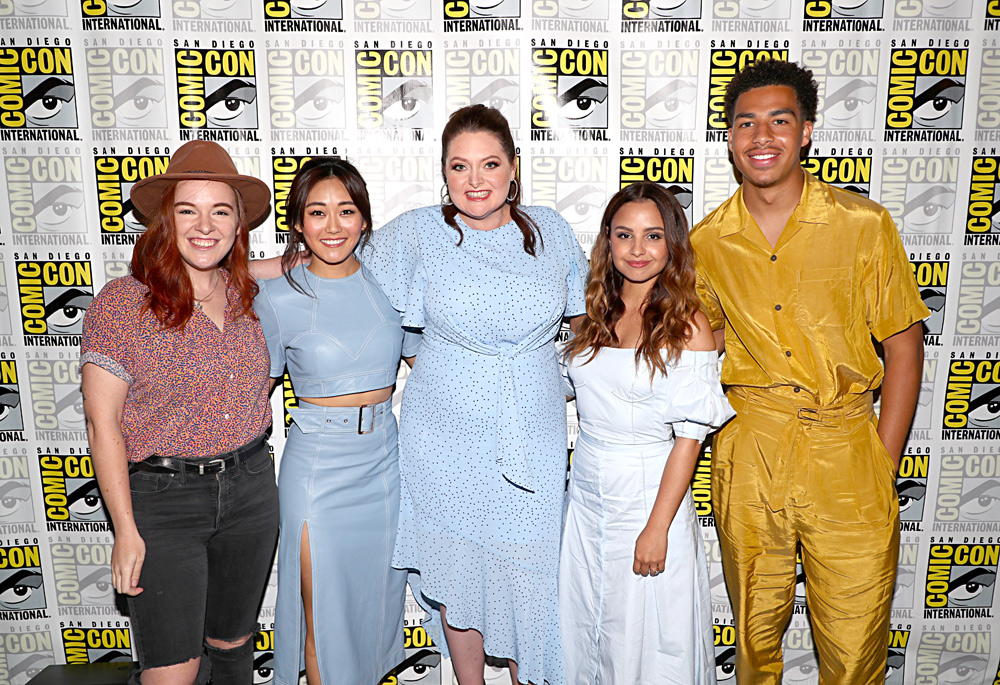 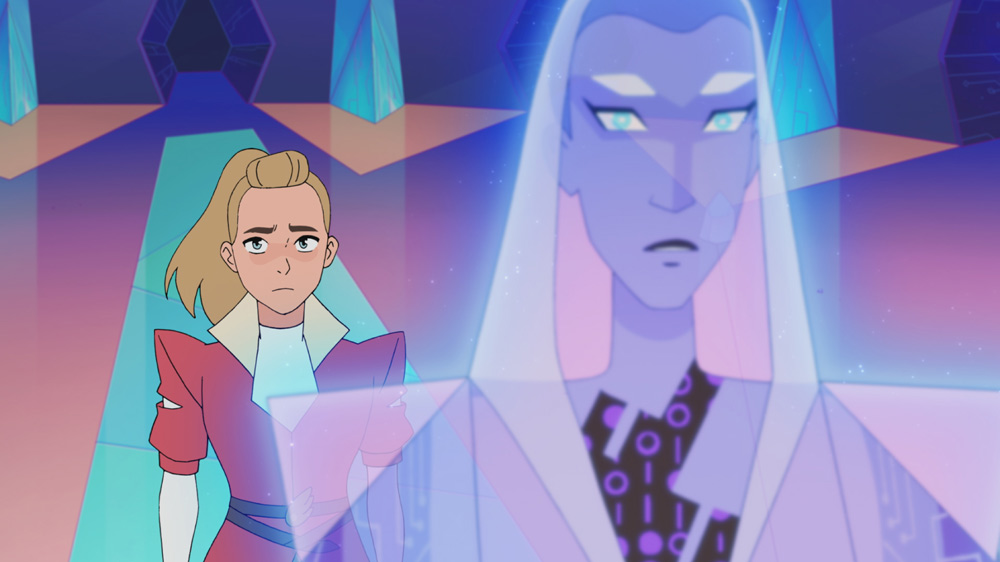