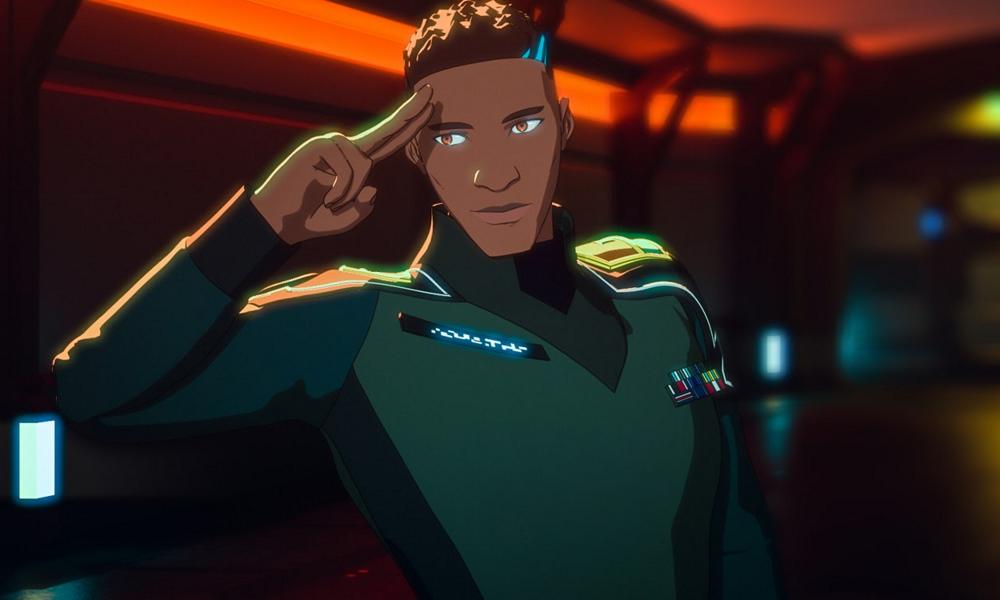 Rooster Teeth and Outlier Society have increased representation and inclusion behind the camera with the upcoming second season of animated series gen:LOCK for HBO Max. gen:LOCK is executive produced by and stars Michael B. Jordan (Creed, Black Panther), and his production company Outlier Society is co-producing the series alongside WarnerMedia company Rooster Teeth.

Together, Rooster Teeth and Outlier Society have ensured that the production for gen:LOCK is inclusive based on the industry recommendations in Jordan’s recently announced #ChangeHollywoond initiative. Writers Daniel Dominguez (The Epic Tales of Captain Underpants, Seis Manos), Maasai Singleton, Evan Narcisse, Kristle Peluso (Onyx Equinox) and Gavin Hignight (Transformers: War for Cybertron, Star Wars Resistance) bring their talent, experience and cultural perspectives to the writers room for Season 2 of the mecha-inspired series, including representation across Black, Latinx and LGBTQIA+ communities. gen:LOCK takes place 50 years in the future and tells the story of an oppressive authoritarian force that threatens to conquer the world.

“Inclusivity and amplifying Black and Brown stories has always been at the forefront of Outlier Society and our productions,” said Jordan. “I am proud to work alongside HBO Max and Rooster Teeth to #ChangeHollywood and ensure our writers room for gen:LOCK is a reflection of the world we live in.”

“When I was a teenager I fell in love with anime because my imagination was always strange and hyperbolic, the way cartoons are,” said Dominguez, who serves as series Head Writer. “I could not be more honored, and excited to have been given this opportunity to work with Rooster Teeth because they embrace that same spirit of expanding the boundaries of storytelling that is doing its small part to make the world a better and more empathetic place.”

On a dying Earth in the midst of a now unstoppable climate collapse, two utterly distinct visions for the future of the human race have come to dominate: The Polity and the Union. The future of humanity, if it is to have one, rests in some form of mechanization or digitization. On opposing sides of this fundamental debate, the Polity and the Union remained locked in a brutal and unforgiving war…

A war the Polity is losing, despite the heroic efforts of their greatest soldiers, the gen:LOCK team – Chase, Cammie, Yaz, Kazu and Val, who continue to upload their minds to their Holon units and fight for their vision of a better future on the front lines.

As we meet the figurehead of the Union – Brother Tate – and the citizens for whom he spills Polity blood, the nature of the conflict between the two sides will be seen in a whole new light. A light that, for Chase, will test his loyalty to the Polity…as he digs deeper into the nature of the war and realizes nothing he thought is what it seems…

Voice stars Dakota Fanning (The Alienist, Twilight Saga), Maisie Williams (Game of Thrones, Early Man, New Mutants), Golshifteh Farahani (Pirates of the Caribbean: Dead Men Tell No Tales) and David Tennant (Jessica Jones, Doctor Who) are all set to return to the series along with Jordan.

The gen:LOCK writing team will be featured on a “Meet the Writers of gen:LOCK Season 2” panel at Rooster Teeth’s RTX at Home virtual event. The panel is part of Animation Festival programming sponsored by HBO Max. Watch the free panel live September 21 at 2 p.m. ET at https://roosterteeth.com/live/rt-tv.