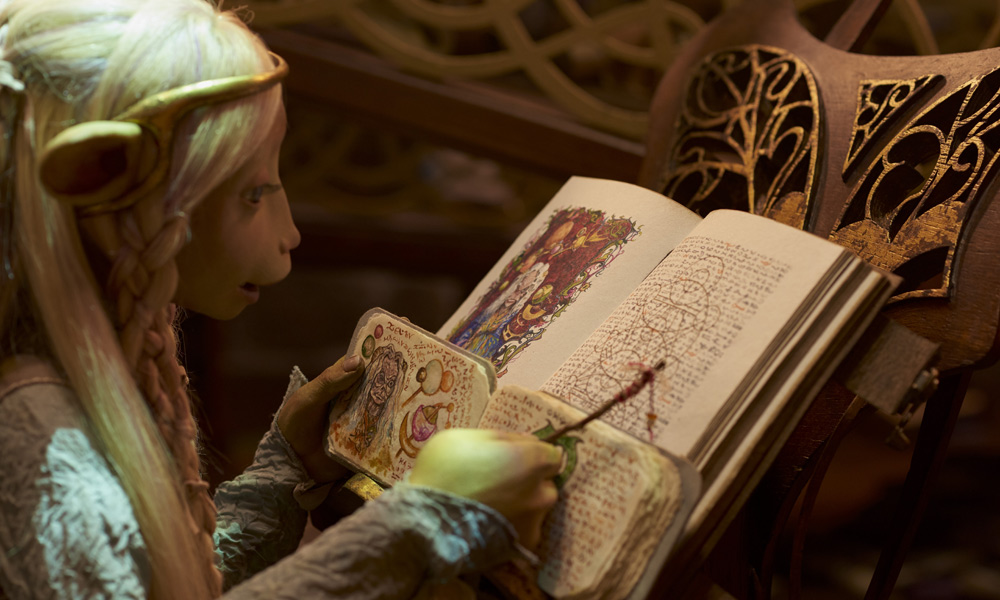 The Jim Henson and Frank Oz-directed 1982 puppet fantasy adventure The Dark Crystal holds a special place in the hearts of kids who grew up in the 1980s and ’90s. This summer, fans of the hugely popular cult movie can return to the magical world of Thra thanks to the much-anticipated prequel The Dark Crystal: Age of Resistance, which premieres on Netflix in August. The 10-part show, which is directed by Louis Leterrier (Now You See Me, Clash of the Titans) follows three Gelflings — Rian, Brea and Deet (voiced by Taron Egerton, Anya Taylor-Joy and Nathalie Emmanuel) — who inspire a rebellion against the evil Skeksis when they discover a horrible secret behind their power.

Just like the original movie, the series is a showcase for the beautifully crafted, unforgettable puppets made at the Henson Creature Shop, but it does include CG work for wire removal, set extensions and cinematic shots panning the world of the Gelflings. As Leterrier told Entertainment Weekly earlier this year, “It’s so complicated to build a puppet, hire puppeteers, all that stuff. We chose the long, hardest road and we’re very thankful [we did]. It looks absolutely stunning.”

Fans of the 1982 classic will be thrilled to know that master creature designer and illustrator Brian Froud and his wife, puppet-maker and sculptor Wendy Midener, who worked on The Dark Crystal, were also part of the team. In addition, their talented son, puppet-maker Toby Froud, who played little Toby in Labyrinth, also worked on the series. 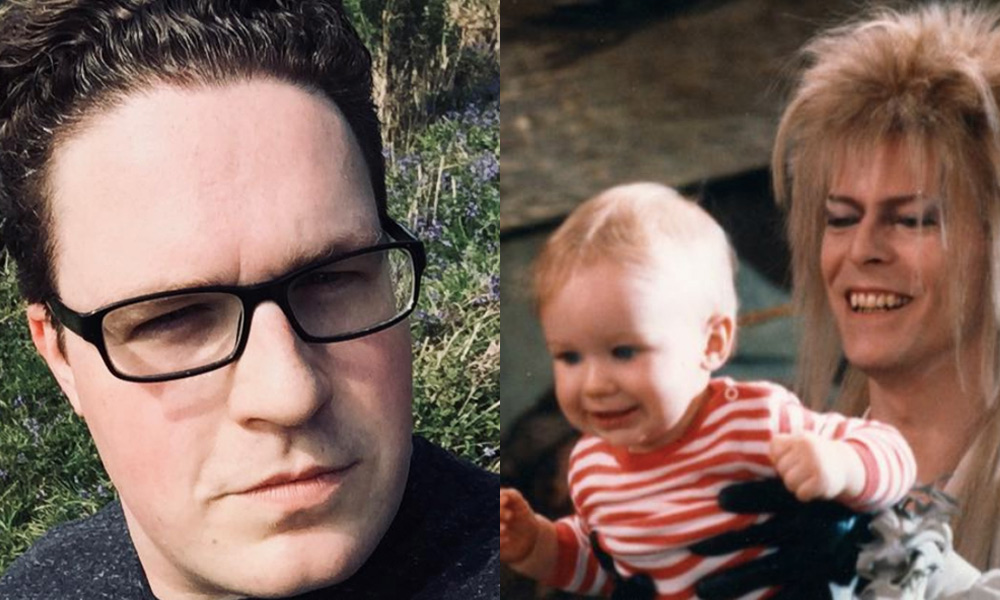 Toby Froud, whose puppet sculpting credits include Laika’s ParaNorman and The Boxtrolls, says he was thrilled to be working with his father on such a monumental show. “It was fantastic to work with my father, who designed the original, and act as an interpreter to help push the design and figure out the 3D forms, textures, feelings and fabrics for these puppets with the team,” says Froud. “We had to make sure the series feel like the original film, but was updated for today’s audience. We put in a lot more details, and everything was pushed to another level.”

Magic in the Details

Froud explains that the designers had to incorporate a lot more detail in the design of both the puppets and the sets. “It was a huge undertaking to recreate something that was done 37 years ago and bring in more modern technology,” he says. “We now have the use of greenscreen, and we’re able to move the camera through this fantastical world. Our director was able to use the camera as something that was alive within this world. Our ability to move the puppets in this world has also increased. But we still had to hide the puppeteers and make sure they all functioned, of course. All puppeteers went through all kinds of hell to make everything run smoothly, but they did an amazing job of realizing Louis’s and our producers’ vision.”

According to Froud, a total of about 20 main puppets and 90 secondary puppets were created for the first season of the show. Work on the project began in early 2017, and the puppets were designed and made in the Creature Shop in Los Angeles, and then shipped to the U.K., where filming took place at Langley Studios near London. “The studio used to be an old Royal Mail depot, and it was perfect because it also had an area we could use as our workshop space, where we set up the creatures and handled the maintenance of the puppets. We worked on it for a good year and a half, and shooting wrapped in late 2018.”

Froud says while the original characters are beloved and amazing to observe, he feels that there are some fantastic new ones introduced on the show that audiences will be excited to get to know. “The new Gelflings will make you remember Jen and Kira from the movie,” he notes. “We really had to grow and expand the world, and they are some of the hardest puppets to create and perform with. Gelflings have a very naturalistic movement and demand a more subtle performance. The trick is not to make it too puppet-like. You have to get right underneath the puppets and knock body parts to make them move, function and walk.” 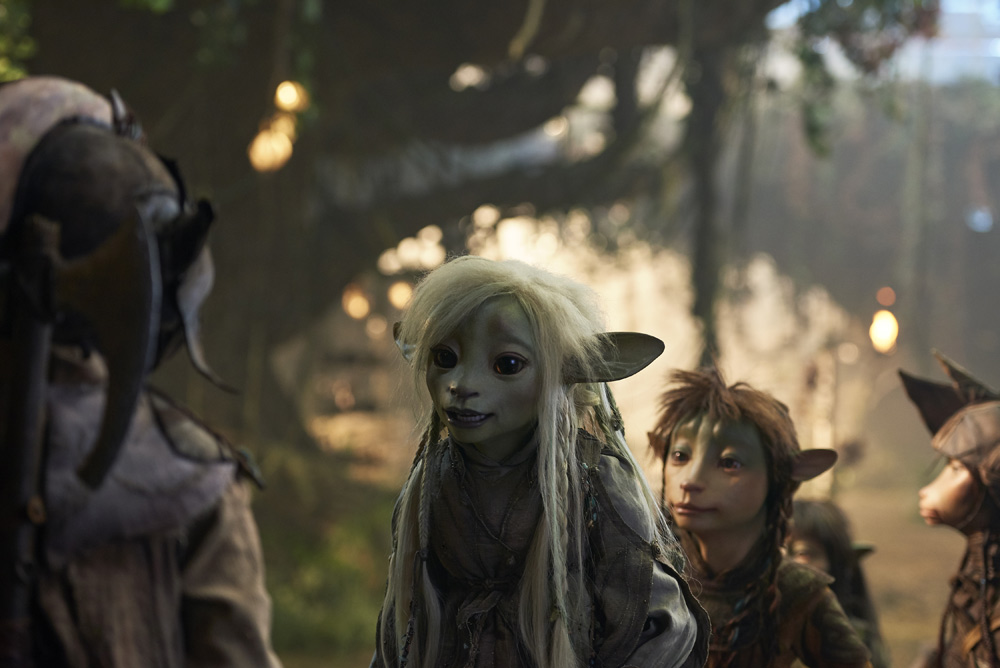 Each Gelfling required two puppeteers (an improvement over the four people working on each puppet decades ago). “With technology, we were also able to use radio control on a monitor system on the side of the set, instead of working with three or four assistants,” notes Froud. “With only two puppeteers, you are able to move around more freely on the set, which results in a more natural performance. Greenscreen and rod removals also helped us out immensely. You can have more puppeteers maneuvering a tough scene and then use CG to remove the extras for better results.”

Froud, who is 34 years old, says it was quite an amazing experience to work with his 72-year-old dad on the show. “When we started filming the series, I was the same age my father was when he worked on the movie,” he says. “A lot of artists and puppet professionals tell us that it was The Dark Crystal that got them interested in working in the business, so we are very aware of the important role it has played in people’s lives. It has been a cult film, but its popularity has grown through the years. There is some sort of magic surrounding this fantasy that Jim Henson and the artists at the Creature Shop helped create. It’s so beautiful and strange and otherworldly, and young kids still can’t believe they are all puppets. We can’t wait for a whole new generation to discover this magical world.” 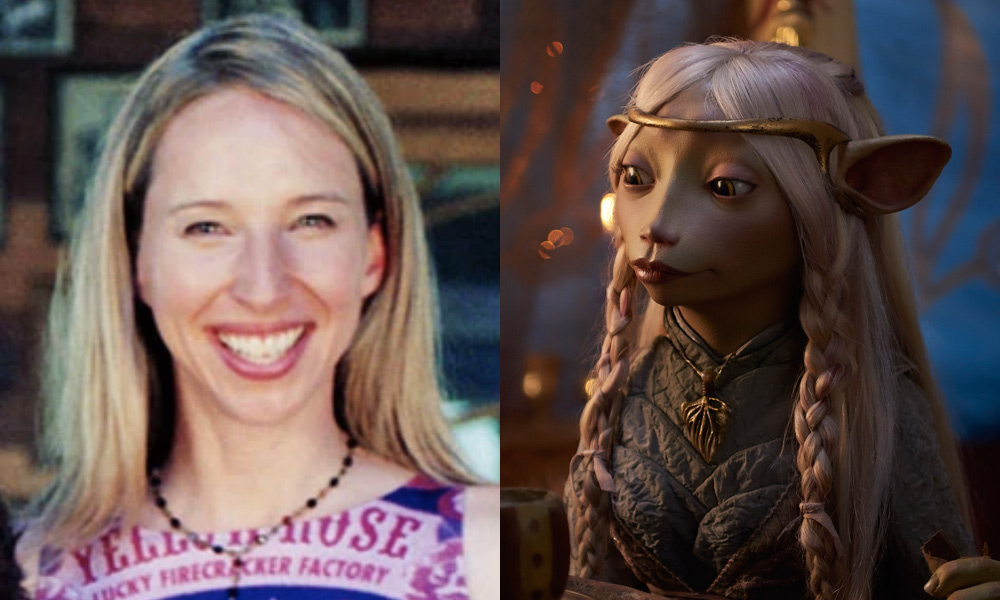 Veteran puppeteer Alice Dinnean, who handled the Brea puppet on the series, was only 13 when The Dark Crystal first came out. “I went to see the movie every day of my Christmas vacation, the way other people went to Star Wars over and over again when it first came out,” she recalls. “That movie is one of the reasons I pursued this career. I’ve been lucky enough to have worked on a lot of different puppet-animated projects, but for me, the opportunity to work on this show for 11 months in London was the project of a lifetime. It really felt like a dream.”

Dinnean, who has worked a wide variety of projects, including Pajanimals, Bear in the Big Blue House, Kermit’s Swamp Years, Sid the Science Kid and The Muppets (2015), says there’s something deeply satisfying about revisiting a world that is inhabited by physical puppets. “These puppets are all beautifully sculpted, and they only use bluescreen technology for the far distance shots,” she notes. “But there also incorporated beautifully hand-drawn matte paintings as backgrounds. Of course, with today’s technology, you can make everything in CGI, but there’s truly something magical about working with real sets and puppets.”

The Gelfling puppets have animatronic parts in their heads, allowing the puppet performers to control the eye movements using a small modified Nintendo Wii controller with their hands. “You feel like you’re playing a musical instrument, while you’re taking and singing along,” says Dinnean. “It’s all self-contained on a belt pack, and you’re not dragging cable along. It makes a huge difference. It was basically a prototype that we used for 10 episodes! It was an amazing collaboration between the designers, the animatronic operators and code-writers. Everything was constantly fluid and moving because of the way our director shot the series.” 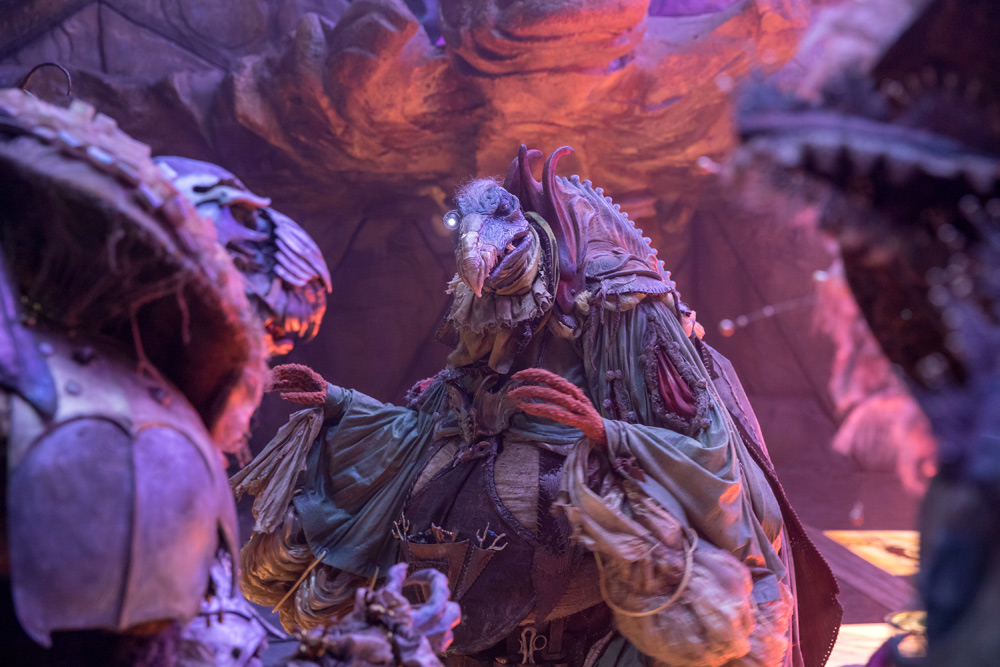 The puppet performers also had to develop the stamina to operate with the heavy costumes and jewelry adorning the characters — especially the Skeksis puppets, which required massive armor. “What was so hard was how physically, emotionally and mentally taxing the process was,” recalls Dinnean. “These characters really weigh much more than puppets should weigh! But you just learn to do it. After you lift the same weight for weeks, your body responds to the challenge, and you get stronger. Also, because we were shooting so much footage each day — with a main unit and a shadow unit doing insert shots — it felt like a marathon shoot.”

Nevertheless, Dinnean says she wouldn’t trade the experience for anything. “There are so many beautiful surprises,” she says. “When the movie came out, people loved it because it was both terrifying and creepy, but it was also safe and funny because it was removed from our everyday experiences. There was surprise after surprise, and you didn’t know what you were going to see next. We all have this appreciation for this completely invented world that was made by artists. That’s why we’re hoping audiences will feel the same way about this visit to a world that we fell in love with so many years ago.”

The Dark Crystal: Age of Resistance will premiere on Netflix on August 30. 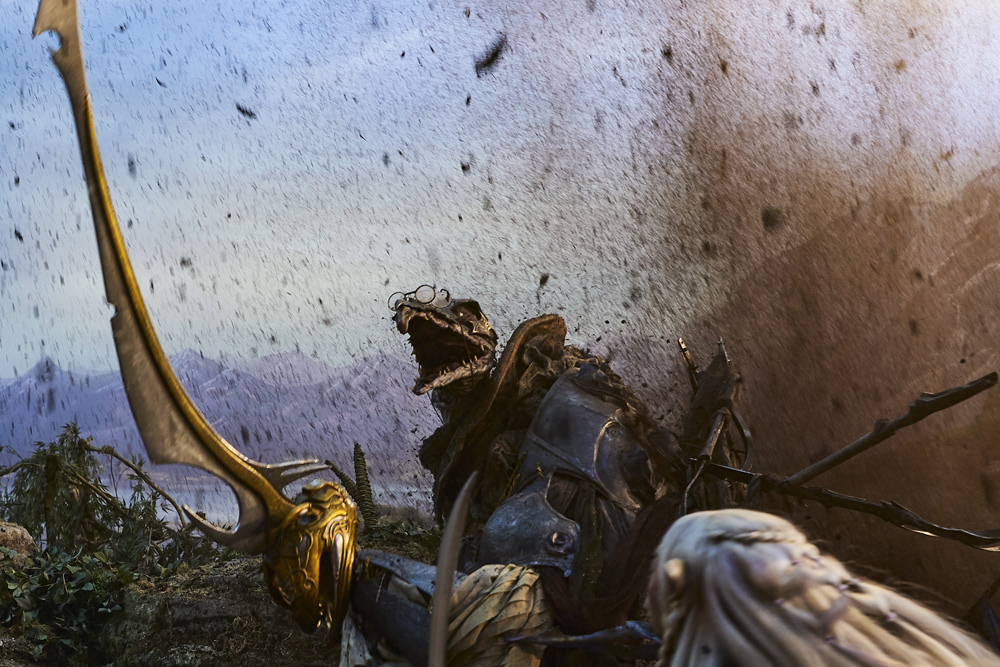