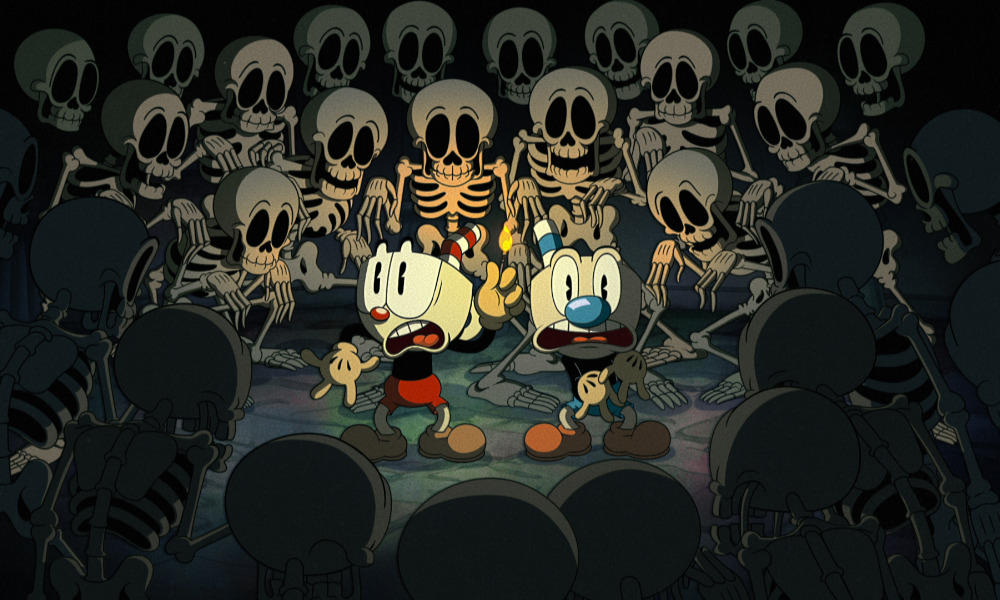 Subscriber loss and falling stock put Netflix and other streamers in a sticky situation (image: Netflix Original 'The Cuphead Show!')

The news that Netflix lost 200,000 subscribers in the first quarter and is expecting to lose 2 million more in upcoming months has resulted in a price drop of over 37% in the streamer’s stock prices for the first time in a decade. The company will be cracking down on password-sharing and looking into launching an ad-supported tier in the Disney+ and HBO Max model to remedy some of its financial woes. However, according to some financial analysts, this may only be a temporary solution as many will cancel their accounts if the sub prices continue to go up.

Experts also point out that building an advertising-based model will take time to succeed since sponsors will need to know how many of a streamer’s subscribers have seen their commercials and would need to have subscriber profile details and more transparency about numbers and audiences from Netflix.

The news also impacted other streaming entities such as Roku, Disney, WarnerMedia, Discovery, and Paramount Global all suffered drops in their trading value. Just hours ago (Thursday), Discovery announced that it will shut down CNN+, the streaming service that had been presented as the news outlet’s bid for a bright digital future, by the end of April.

Meanwhile, a recent article at TheWrap noted that Phil Rynda, the studio’s Director of Creative Leadership & Development for Original Animation, was let go this week, along with several of his staff. The story also asserted that the Kids & Family division at Netflix Animation has undergone significant changes. Among the various items reported in the piece was that the adaptation of Jeff Smith’s comic-book series Bone has been canceled. However, according to our sources, the project may still be happening at the streamer.

The report also points out that Netflix will be investing more in projects like DreamWorks’ Boss Baby series, which deliver bigger numbers and rely on more recognizable IPs than prestige shows like Elizabeth Ito’s Peabody Award-nominated City of Ghosts and Megan Nicole Dong’s Centaurworld, both of which carry a 100% rating on critical review aggregator Rotten Tomatoes.