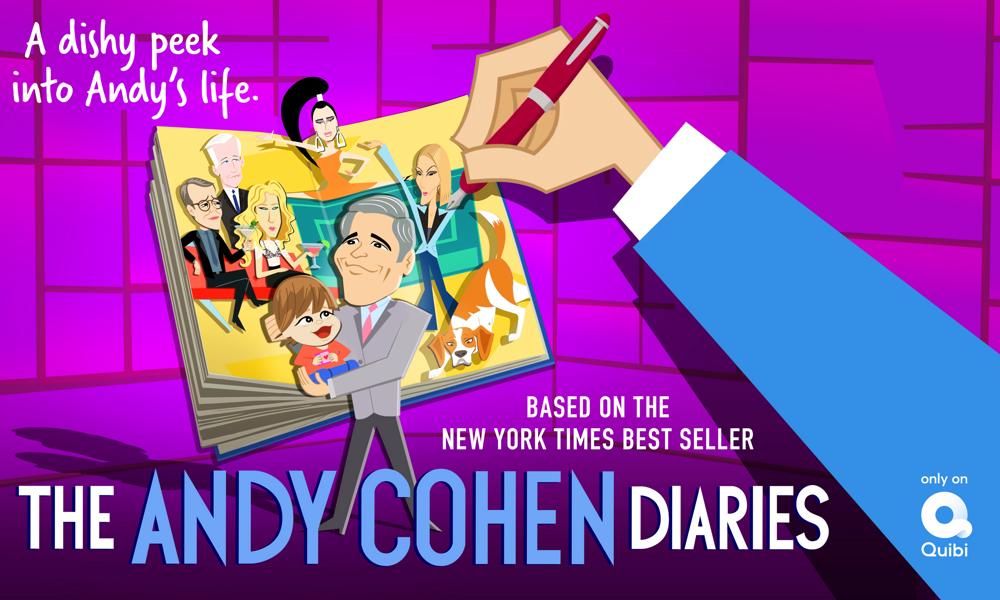 Jeffrey Katzenberg’s short-form, mobile-first SVOD platform Quibi is welcoming the first of its original animated comedies to its roster of top creator-conceived series this month — the astrology themed lifestyle toon Your Daily Horoscope, and slice-of-life docuseries The Andy Cohen Diaries.

Created by ATTN: and executive produced by Will Arnett, Your Daily Horoscope tracks the daily mishaps of 12 millennial zodiac characters who work at a technology start-up, Estrella. The hand-drawn, colorful animal characters have big personalities entirely driven by the characteristics of their individual zodiac sign.

From the mind of Andy Cohen, comes an animated series chronicling the iconic and untold moments from the pop culture kingpin’s daily life. In this dishy, inside peek into his world, inspired by The Andy Warhol Diaries, Cohen details his most recent adventures, including irreverent celebrity encounters, behind the scenes of his shows, nights out on the town, and the trials and tribulations of first-time fatherhood.

The series is the next installment of the New York Times best-sellers, The Andy Cohen Diaries and Superficial: More Adventures from the Andy Cohen Diaries, which documented three years in the whirlwind life of the producer, TV host and best-selling author in his own cheeky, candid words.

Cohen voice stars and executive produced the series through his company, Most Talkative Productions, along with ShadowMachine co-founders Corey Campodonico and Alex Bulkley.