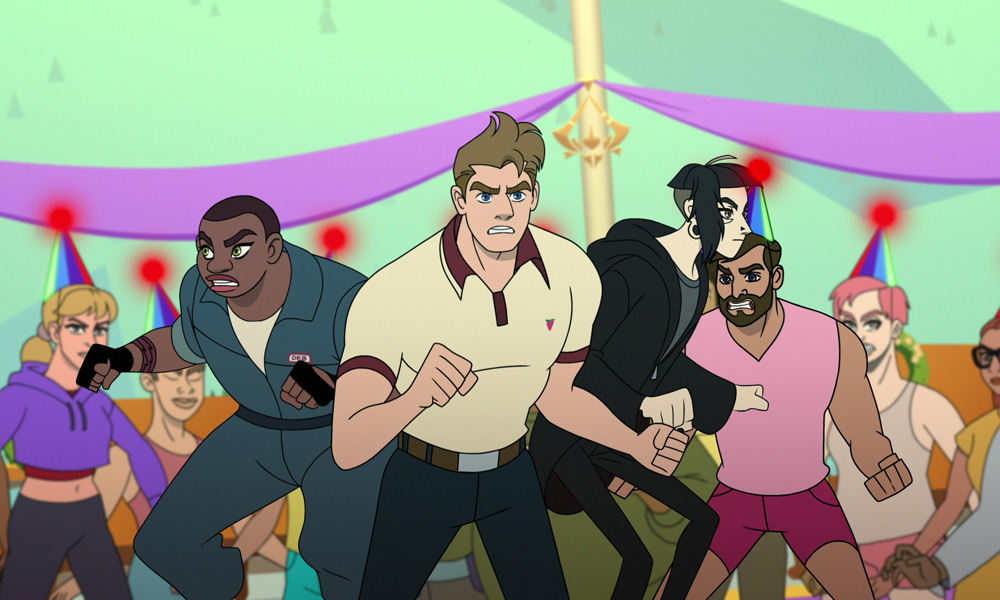 Can a super-queer crime-fighting team save the world from prejudice, discrimination and heteronormative society rules? The creators of the new Netflix adult animated series Q-Force certainly hope so. Exec produced by acclaimed TV comedy veterans Gabe Liedman (PEN15, Broad City, Big Mouth), Sean Hayes (Will and Grace) and Michael Schur (The Good Place, Parks and Recreation), the new show centers on a group of undervalued LGBTQ+ superspies who have to prove themselves to their boss, the super uptight head of the American Intelligence Agency!

“The idea behind our show started with Sean Hayes and his producing partner Todd Milliner, who are exec producing the series,” says Liedman during a recent interview. “They had a tiny seed of an idea, which was: let’s have a show about a gay James Bond, and Sean thought it would be a fun character for him to play. They were fans of my writing and my stand-up comedy, so we had a meeting and talked about what the show would entail. And we came up with this idea for an ensemble comedy about queer secret agents who had to work for an organization who doesn’t respect or want to have them?” 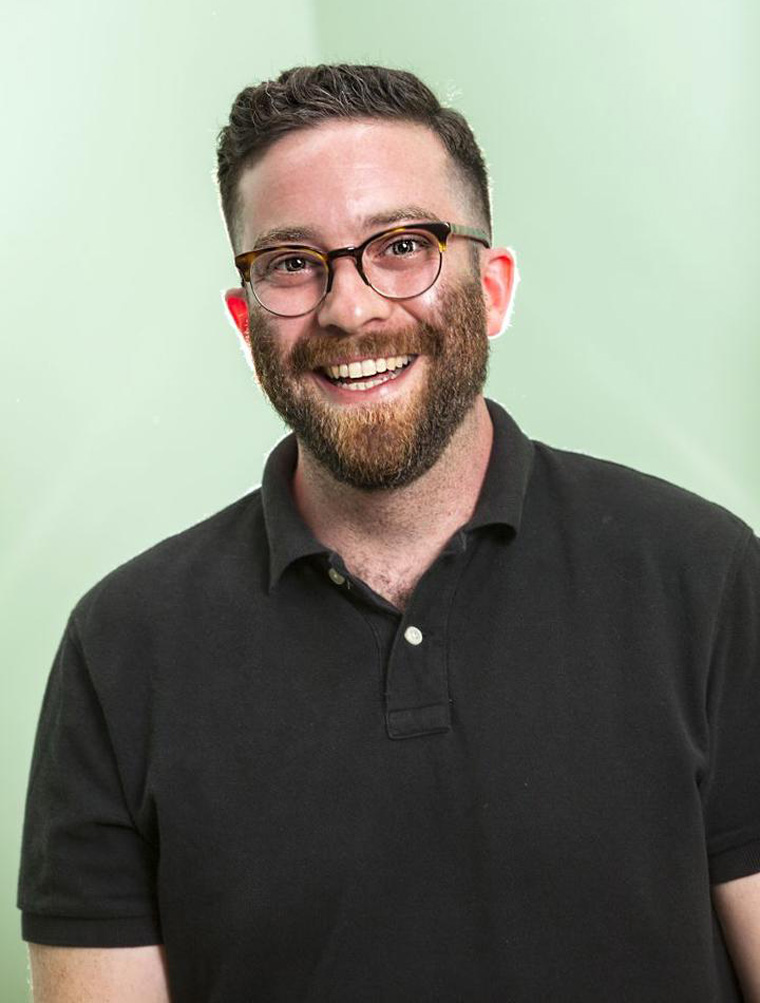 Liedman says he thought a lot about the trials and obstacles a gay secret agent would have to put up with in our world. “Even if you are James Bond and you’re gay, are you going to get the same shots as your straight counterpart?” he asks. “I started to think about this concept for months and came up with this LBGTQ+ team, and they all have their own skills and specialties. They also love each other and want to prove themselves. But, are the people they’re trying to prove themselves to really worth it?”

Next, Liedman, Hayes, Milliner and Schur pitched the show to Universal TV, which liked the idea a lot, and soon after they made the big sale to Netflix. “They wanted a whole series right away, and that’s absolutely the dream. That’s like hitting a home run, because it rarely happens. I wrote the pilot myself, and then we put together an excellent room of writers [eight other writers besides Liedman] who are mostly LGTBQ+ and started putting the episodes together in December of 2019.”

“More than half of the writing and all the animation and the acting had to be done in isolation after the pandemic hit,” he adds. “We figured out our technologies and the best way to produce the show. I am based in Los Angeles, and the animation was done by Titmouse (both at the L.A. and Vancouver studios), which is a dream come true. They are so skilled and supportive over there and did such an amazing job with the animation and the way everything looks. The first season of the show (10 half-hours) took about 18 months to finish.” 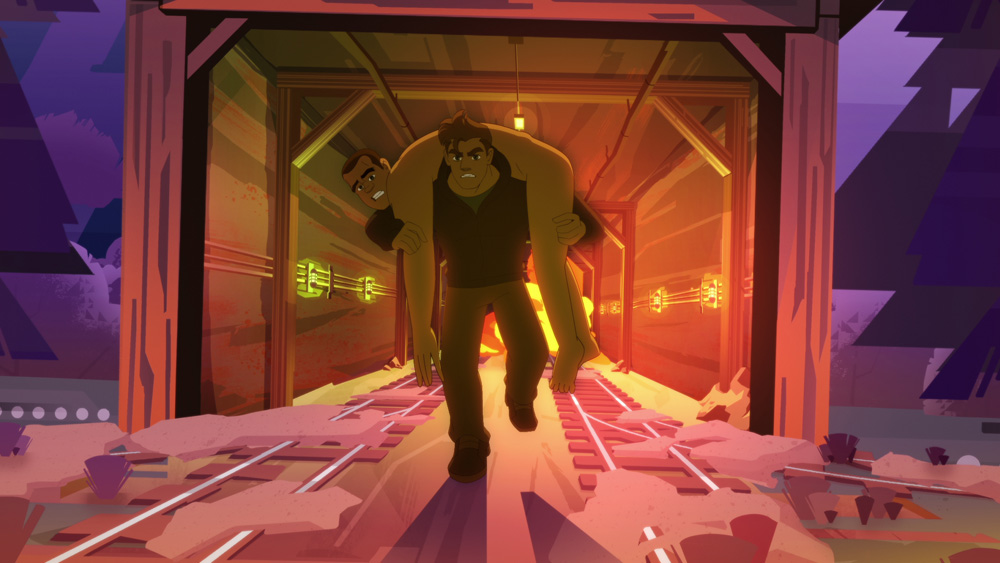 Liedman praises the wonderful work done by Titmouse art director Michelle Rhee, who had previously worked on shows such as Ventures Bros., Rick and Morty and Mao Mao: Heroes of Pure Heart. “She has been in the game for a long time, but this was the first show she art directed,” says the exec producer. “Her visuals really spoke to me from the minute I saw her first sketches. I felt like she knew right away what our show should have looked like — from the city, the characters, the lighting, the colors. We were totally sympatico and exactly on the same page, and she worked with a wonderful team who helped bring that vision to animated life.”

So, what were some of Liedman’s points of reference for the show’s visuals? He responds, “Well, I love the way L.A. looks in BoJack Horseman, and I love the sex appeal of Archer — the midcentury art and the realistic, elegant bodies. I love how much our show captures the way L.A. and West Hollywood especially look. I think the appeal of action movies and action comedies often relies on the sex appeal of the stars. I like the way our characters have this sex appeal about them, regardless of the size and shape of their bodies. There’s confidence and beauty in the overall package.”

Liedman says he learned a lot from Big Mouth showrunner Andrew Goldberg during his time on the popular animated show. “He was my absolute teacher and mentor,” he mentions. “He sat me down and showed me all the notes he would make on every cut. I took hours and hours of his time, and he has a couple of series to do as well as a wife and kids. I am so thankful to him for all that he taught me.”

He also mentions that the show’s supervising director John Rice (The Simpsons, King of the Hill) who’s extremely well-versed in animation, was a huge asset to the production. “They were all very patient with me because for me every part of the process was new, as a showrunner. I literally couldn’t have done it without them and wouldn’t want to either!” 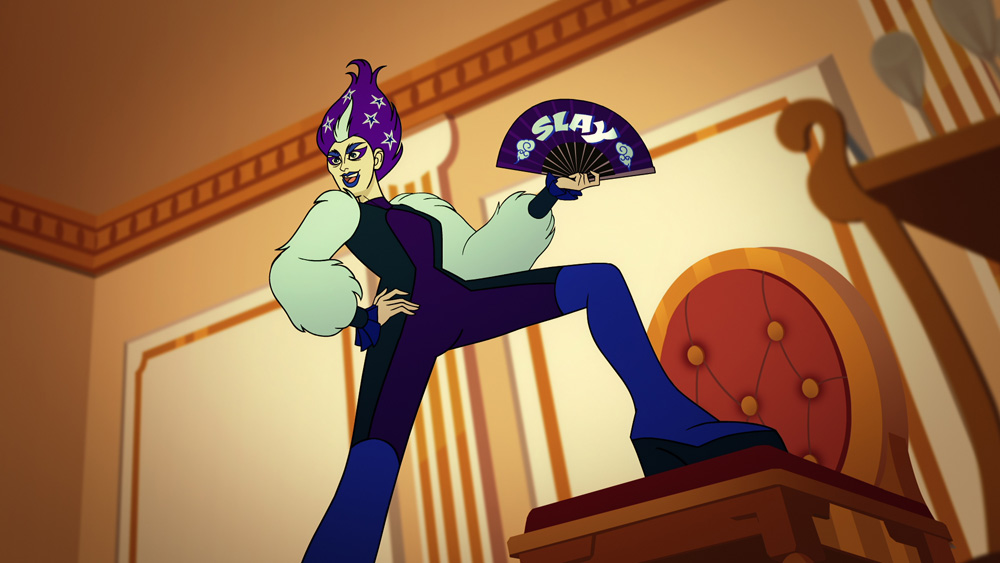 Once the show’s first trailer hit the web this past summer, audiences reacted quickly. There were those who loved the show’s humor and inclusive characters and premises, but some were critical of the way the trailer seemed to echo certain easy stereotypes about the queer lifestyle. Liedman points out that he and his team work very hard to make sure the tone of the show is just right and the humor comes from a good place.

“It’s a tough line to walk,” he says. “Humor is very subjective, and that’s why it is important to surround yourself with people who don’t think like you and grew up differently and identify differently from you. You need a team to bounce off ideas and jokes with. We were constantly asking, ‘OK, is this joke funny or does it hurt?’ I know a lot of people in comedy don’t care if the jokes hurt, but I really care. A lot of artists say they’re going to make art no matter what people think of them. But — maybe it’s my stand-up comedy background — I am thinking about the audience the entire time. I just want to make people laugh and have fun and offer them a few hours of entertainment, rather than wanting to shock audiences.” 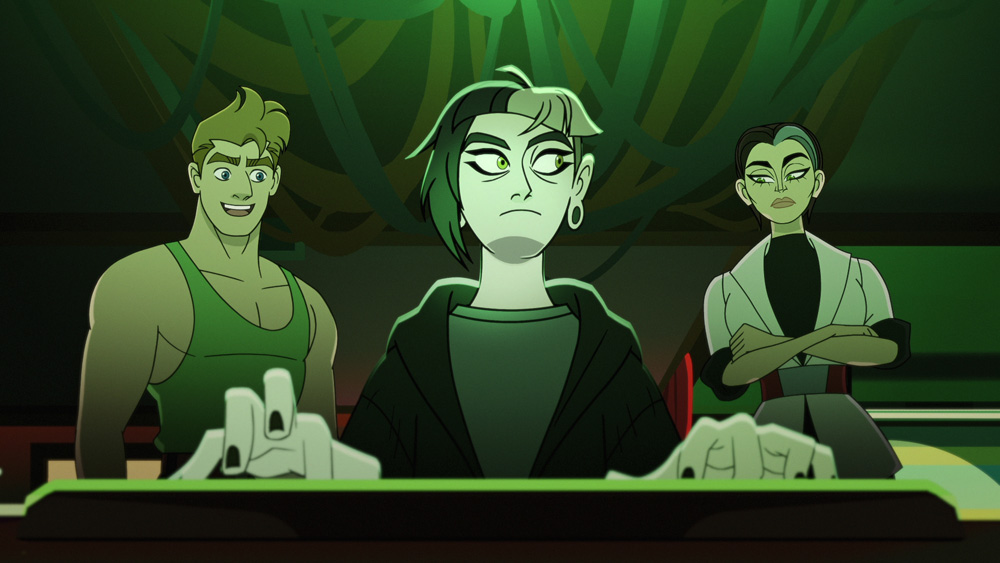 “We always knew Sean was going to play the lead and he was a huge inspiration,” says Liedman. “When it came to writing the rest of them, it helps a lot when you have an actor in mind, so you can write the character authentically. The casting of Matt Rogers as Twink was a Cinderella story. He was actually a writer on the staff who writes incredible jokes. We saw a lot of people for the role of Twink, but we didn’t have anyone picked. So we asked him to read the part of Twink for the temp voice tracks, and he did better than anyone else. Nobody owned the part as much as he did. I think Matt is our breakout star of the show!”

Looking back at his early years as an animation fan, Liedman says like many people in his generation, The Simpsons was an absolutely formative force on his comedy brain. He says, “I remember going to school and quoting the show and acting it out with my friends. I was obsessed with it, so it was amazing to be able to link up with John Rice, who worked on some of the best seasons of The Simpsons and King of the Hill, too.”

As we get ready to wrap up our interview, Liedman says he hopes audiences will have a lot of fun watching Q-Force (tagline: Queer and Present Danger!) in September. “Our message of acceptance and LGBTQ+ equality and pride is baked into the concept of the show. But the show is also meant to be super fun and exciting. It’s my dream to dazzle and delight. I hope they’ll laugh and enjoy the action sequences too. Just have fun with it!”

Q-Force premieres on Netflix on September 2.