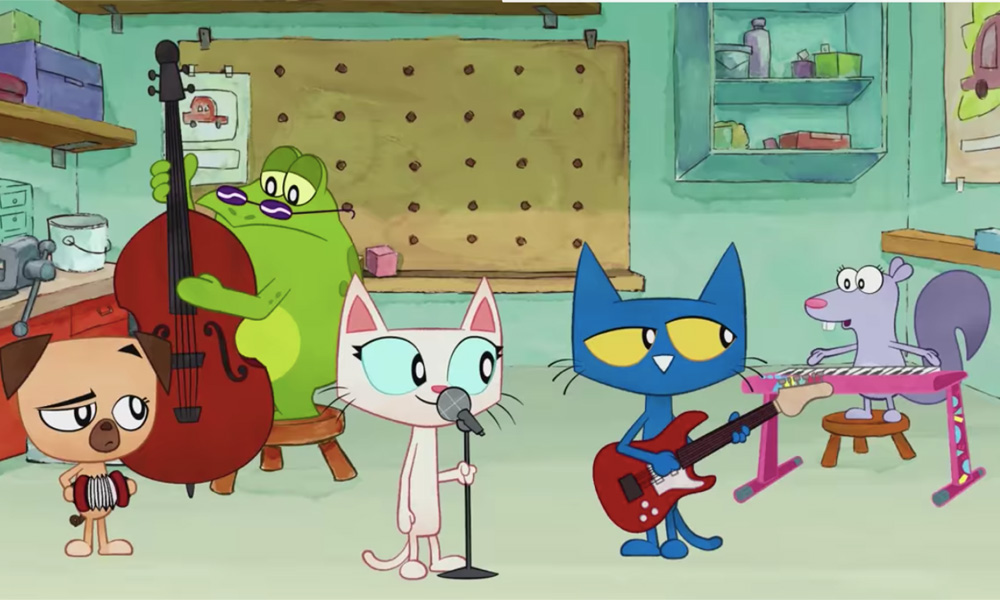 Amazon’s cat is out of the bag. Deadline reports that the streaming service will premiere a new animated series based on the popular kids property Pete the Cat on September 21. The character, which was created by author and illustrator James Dean, will be voiced by Jacob Tremblay (Room).

The new Pete the Cat series will feature original music from Grammy-winning husband-and-wife team of Elvis Costello and Diana Kroll, who also voice Pete’s parents. Jessica Biel, Atticus Shaffer and musician KT Tunstall also star in the musical series about exploring your world and trying new things while being smart, accepting, and optimistic.

The first season of the show will focus on self-discovery. Pete stays cool as he tries new things, sets out for picture day, writes his first song, learns to surf and even has his first performance for his band. Music from the show also will be available to stream via Amazon Music.

The character was created by writer/illustrator James Dean in 2008 and has been featured in more than 40 award-winning and popular children’s books. Pete the Cat is a co-production with Amazon Studios and Alcon Television Group. It is developed by Jeff “Swampy” Marsh (Phineas and Ferb) and Appian Way Production Company. Marsh is also executive producer along with Alcon’s Andrew Kosove, Broderick Johnson, and Laura Lancaster, as well as Appian Way’s Jennifer Davisson.

Check out the trailer for the great-looking show and tell us what you think!