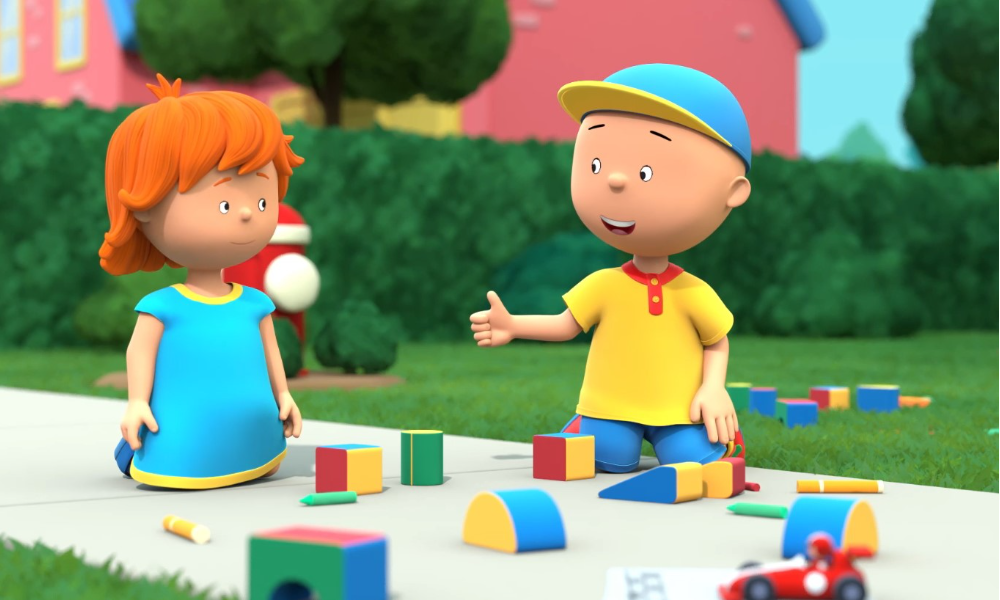 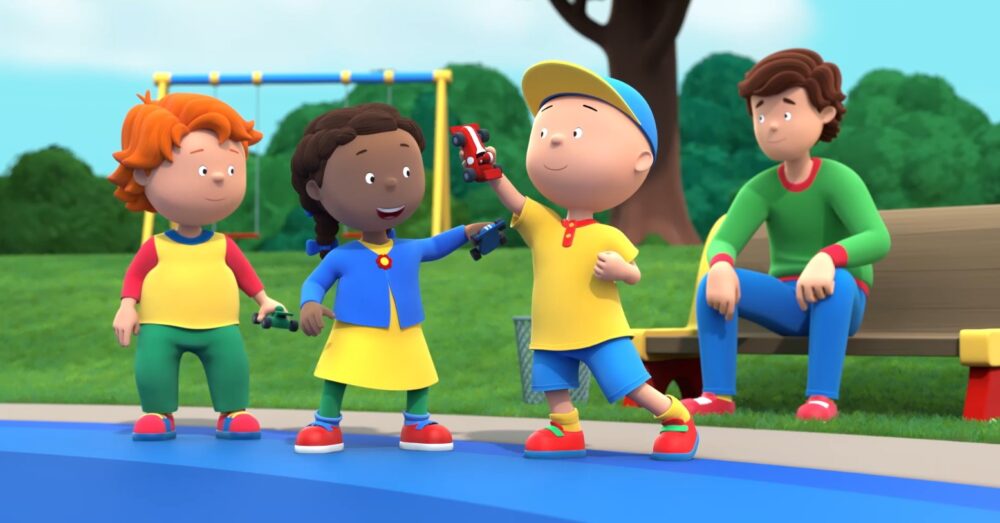 Caillou is an 52 x 11-minute, CG-animated preschool series about the home and social life of a sensitive and imaginative four-year-old boy named Caillou and the supportive family and friends that help him navigate his big feelings. In the new reboot of the 2D classic, Caillou will tackle tricky problems and powerful emotions by imagining himself, his family and his friends as characters in exciting make-believe adventures based on his favorite toys and books.

The new series is headed by showrunner Miklos Perlus and writer Amanda Smith; produced by WildBrain and Island of Misfits (IoM) Media Ventures. 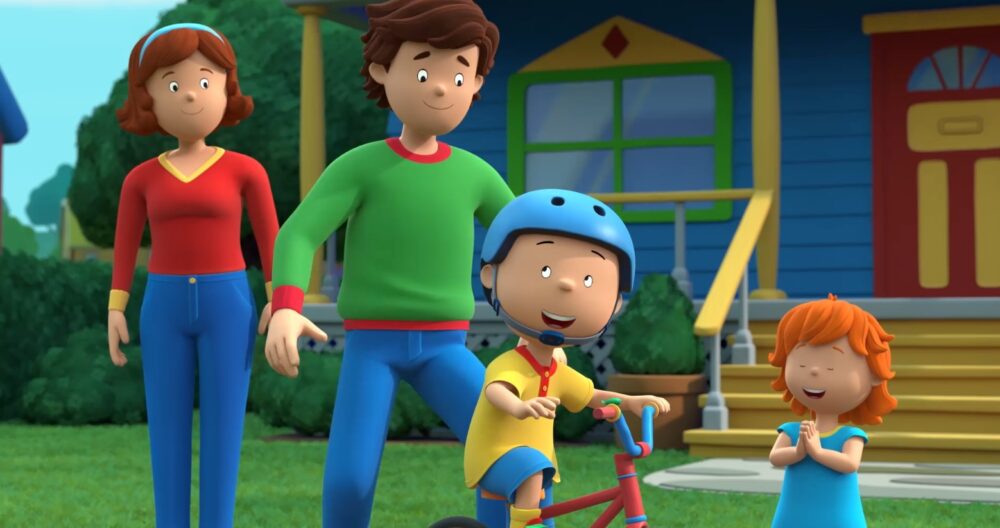 Peacock has also picked up the rights to five 44-minute Caillou event specials, focusing on significant childhood occasions. The standalone event specials will feature storylines for Christmas, Halloween, summer vacation, anti-bullying and celebration of family themes. Each story will push further into the rich imaginative potential of Caillou’s inner world than ever before. By telling bigger stories, we get a better understanding of Caillou’s struggles and victories, with the ultimate satisfaction of knowing things are always wrapped up in a happy ending. 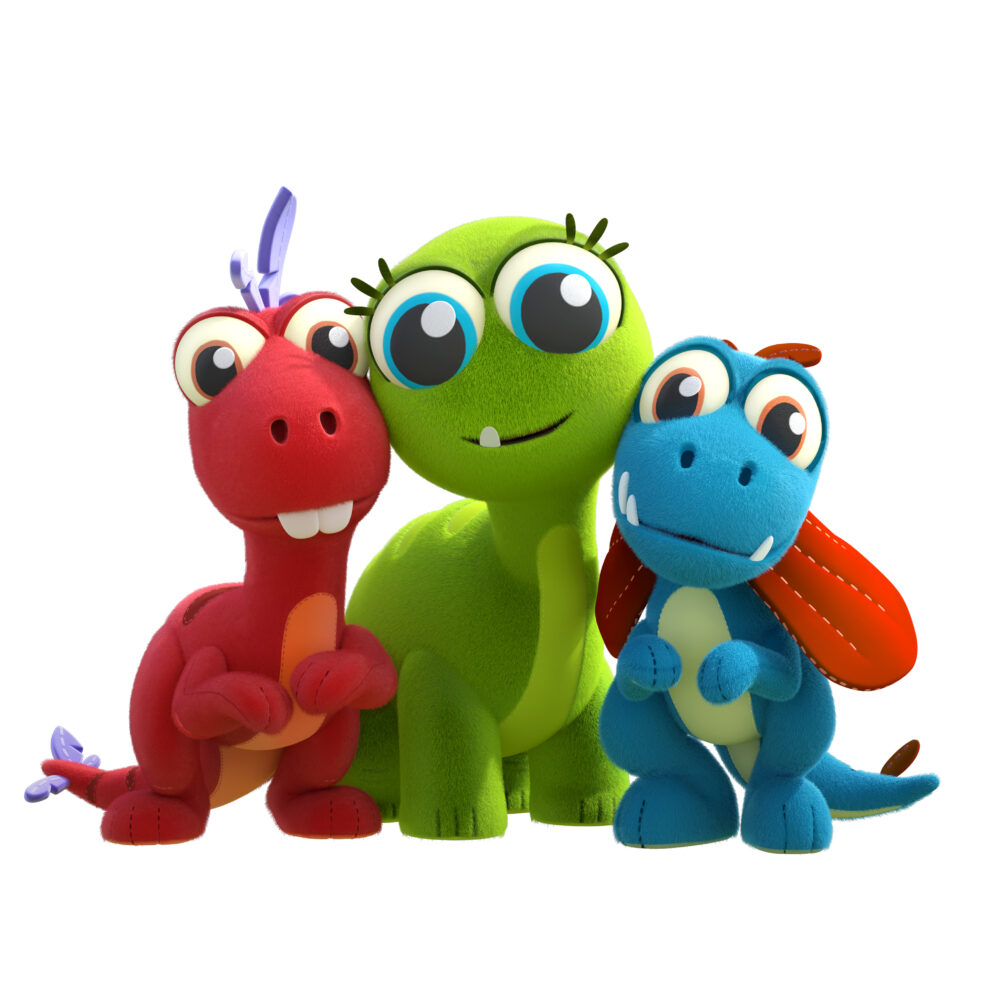 Li’l Stompers (65 x 5′) features a cuddly bunch of stuffed dinosaurs seeking adventure and knowledge of the amazing world around them. Our adorable friends support one another as they take on hard topics and learn about life in the soft, cozy, crafted world of the Stomping Grounds.

Each character-focused episode features an age-appropriate challenging situation, using real problem-solving and coping strategies and laughter along the way. The show models how to deal with socio-emotional themes such as practice and persistence, listening to others, adapting to new things, and appreciation of differences. 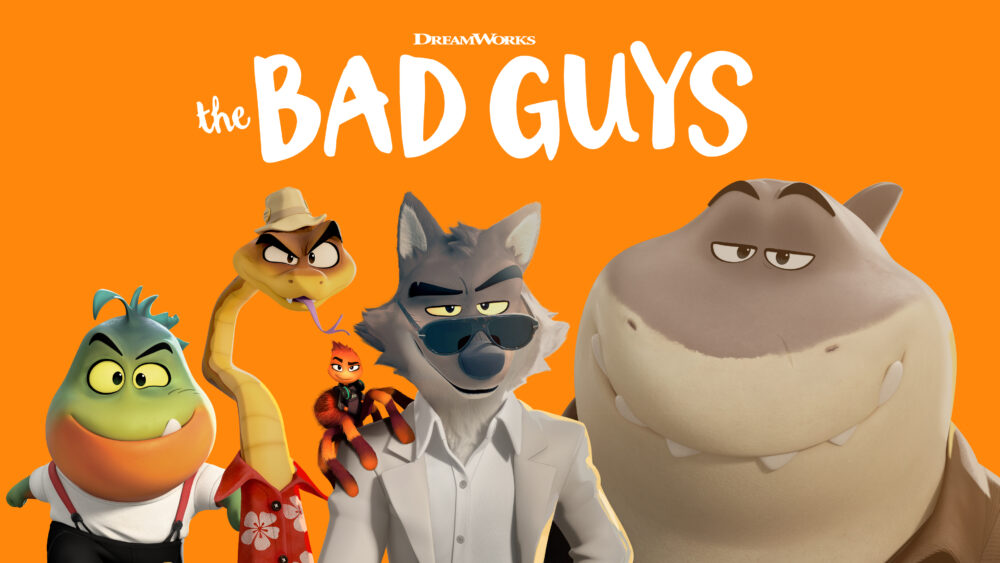 Streaming exclusively on Peacock on July 1, DreamWorks Animation’s The Bad Guys follows the most notorious criminals in the world as they attemp to pull off their biggest job yet – going good. Showcasing a brand-new crew of lovable and edgy characters bursting with personality, the film embraces individuality with each character’s unique skillset, ranging from hacking and disguise to muscle and drive.

Directed by Pierre Perifel (Bilby) from a screenplay by Etan Cohen, The Bad Guys is based on the Scholastic children’s graphic novels by Aaron Blabey that earned a spot on the New York Times bestselling list for more than 100 weeks and have sold a combined total of more than 1 million copies to-date. Producerrs are Damon Ross and Rebecca Huntley, exec producers are Cohen, Blabey and Patrick Hughes.