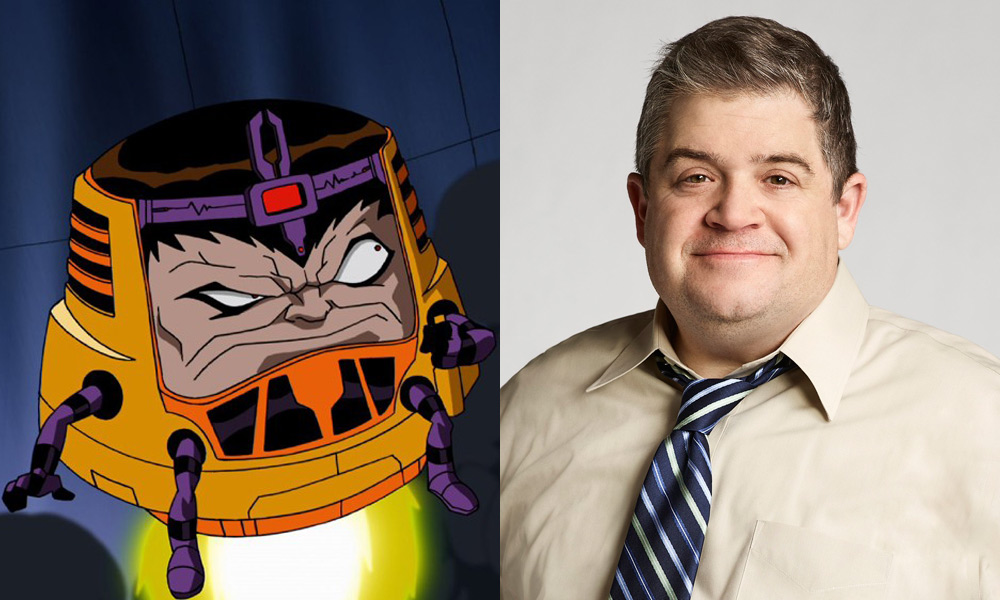 While one of the planned Marvel animated originals for Hulu hit a bump last month, the first project on deck is moving along swimmingly! Deadline reports that M.O.D.O.K., which will open the quartet of adult animated series leading into a big crossover special, has set its voice cast.

Patton Oswalt, who also executive produces, stars as the oft-thwarted “Mental Organism Designed Only for Killing.” In the series, the megalomaniacal supervillain has long pursued his dream of one day conquering the world. But after years of setbacks and failures fighting the Earth’s mightiest heroes, M.O.D.O.K. has run his evil organization A.I.M. into the ground. Ousted as A.I.M.’s leader, while also dealing with his crumbling marriage and family life, he is set to confront his greatest challenge yet: a midlife crisis!

Aimee Garcia (Lucifer) voices M.O.D.O.K.’s wife, Jodie, who is eager to grow her mommy blog-based lifestyle empire. With so much to do, there’s no time to waste being held back by negativity — or your husband.

Ben Schwartz (House of Lies) voices 12-year-old son, Lou — an uninspiring yet overconfident preteen specimen who marches to the beat of his own drum. His father worries about his lack of friends (or hygiene), but is usually just projecting his own insecurities.

Melissa Fumero (Brooklyn Nine-Nine) voices Melissa, the 17-year-old daughter who, despite inheriting M.O.D.O.K.’s memorable looks, rules her school and the world of teen figure skating. Loved and feared by her peers, she secretly yearns for her father’s approval.

Wendi McLendon-Covey (The Goldbergs) is Monica Rappacini, a brilliant mad scientist at A.I.M. and M.O.D.O.K.’s office rival. When GRUMBL acquired A.I.M., she relishes his suffering under new management, but finds common cause when the new boss starts to meddle with her experiments.

Jon Daly (Curb Your Enthusiasm) voices Super Adaptoid, a snarky android tasked with caring for M.O.D.O.K. yet dreams of overwriting his programming to take a shot at truly living.

And Sam Richardson (Veep), voices “beekeeper”/henchman Gary, an A.I.M. employee fiercely loyal to M.O.D.O.K. despite his inability to remember his name.