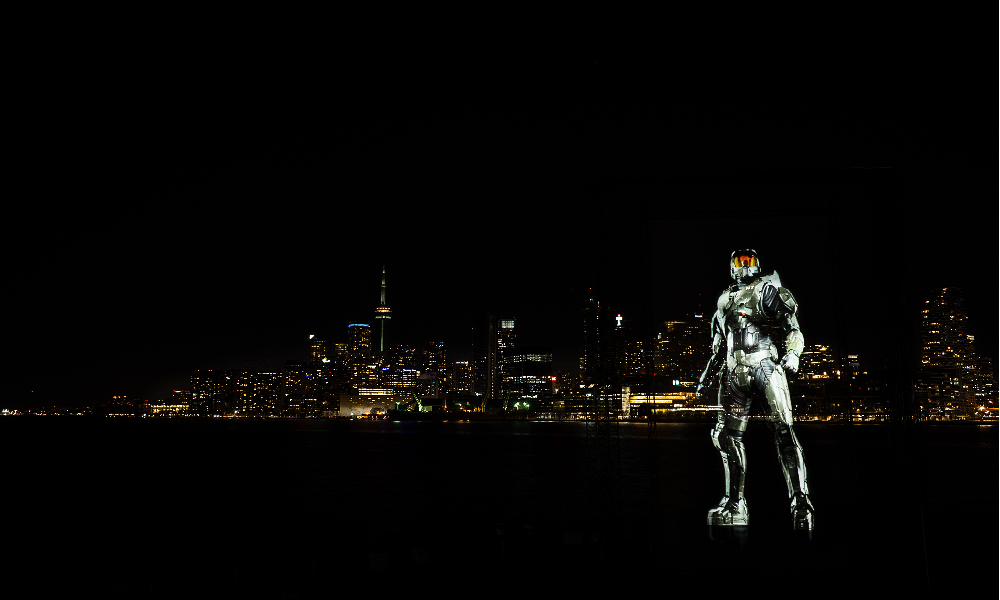 Paramount+ announced a multi-market partnership with Minute Media, Wavemaker and Kaleida to bring to life its latest brand campaign celebrating the hit series HALO. The projection is the latest in a series of global campaigns focused on the Paramount+ hit series, HALO, which is based on the iconic Xbox franchise and has broken a new record as the service’s most-watched series premiere of all-time in the U.S. and internationally.

The partnership culminated with a giant 60 feet tall 3D hologram of Master Chief: Spartan 117. The 3D hologram was installed at world famous locations in Toronto, Mexico City, São Paulo and Sydney Harbor exclusively for one day on April 17, bringing everyone’s favorite Spartan to life for HALO fans around the world.

“HALO has delivered a tremendous response among fans around the world as Paramount+’s most-watched series premiere of all-time globally. We are proud to continue the momentum around the series by bringing HALO to life for fans in Australia, Latin America and Canada, in an epic and innovative way that only Paramount+ could achieve. This is a celebration to the fans and to this iconic franchise that continues to entertain people around the globe,” said Marco Nobili, SVP of Streaming Marketing, Data and Analytics, Paramount. 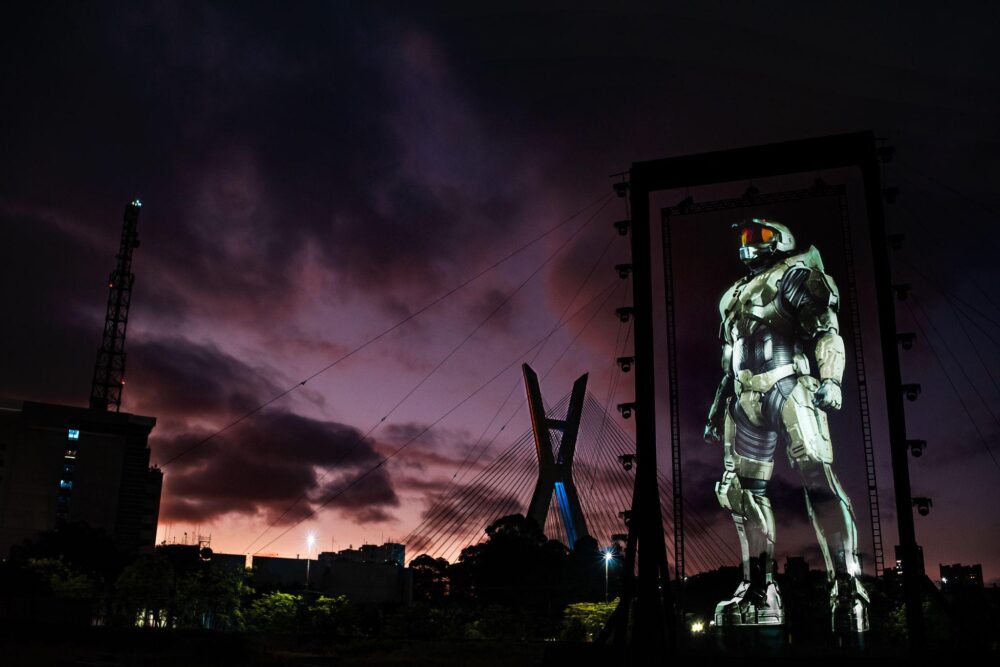 The Master Chief hologram was produced for Paramount+ by Minute Media, a global technology and content publisher, in partnership with hologram specialists Kaleida and media agency Wavemaker.

“We’re excited to have been part of the creative concept and strategy for this pioneering project. At Wavemaker, we’re constantly looking to break new ground and reshape consumer experiences. By combining innovative ideas underpinned by our strategic media approach we’ve brought an epic moment to life for fans to enjoy worldwide,” said Sophie Finckenberg, Digital Director, Wavemaker.

The record-breaking hologram, dubbed the ‘HALOgram’, scaled the equivalent height of a six-story building and featured a custom 3D animation that saw the Master Chief land on Earth and assess the local surroundings. Each installation weighed over 24 tons and was built using over 100m of metal trussing to house 126 square meters of specialist hologram gauze.

“Kaleida is all about world firsts and creating works on a scale that have never before been attempted. The four largest outdoor holograms in the world, in a 24 hour period, is a challenge we were excited and honored to be invited to take on,” said Kaleida co-founder Daniel Reynolds. 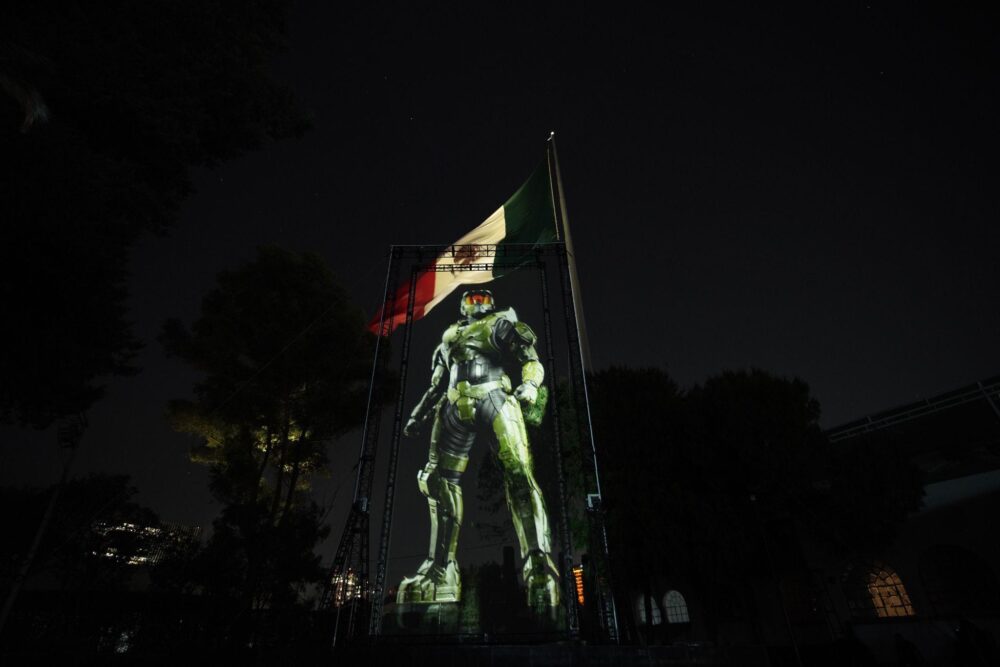 Paramount+ premiered the long-awaited series HALO on March 24, becoming the most-watched series on the platform in its first 24 hours. The adaptation takes place in the universe that first debuted in 2001 with the launch of Xbox’s first Halo game. Dramatizing an epic 26th-century conflict between humanity and an alien threat known as the Covenant, HALO the series weaves deeply drawn personal stories with action, adventure and a richly imagined vision of the future.

The series stars Pablo Schreiber (American Gods) as the Master Chief, Spartan-117; Natascha McElhone (Californication) as Dr. Halsey, the brilliant, conflicted and inscrutable creator of the Spartan super soldiers; and Jen Taylor (Halo game series, RWBY) as Cortana, the most advanced AI in human history, and potentially the key to the survival of the human race.

HALO is produced by SHOWTIME in association with 343 Industries, along with Amblin Television. The first season is executive produced by Steven Kane, alongside Steven Spielberg, Darryl Frank and Justin Falvey for Amblin Television in partnership with 343 Industries, Otto Bathurst and Toby Leslie for One Big Picture, and Kyle Killen and Scott Pennington for Chapter Eleven. Kiki Wolfkill, Frank O’Connor and Bonnie Ross serve as executive producers for 343 Industries. The series is distributed internationally by Paramount Global Distribution Group.

The Halo video game has sold more than 82 copies worldwide and grossed more than $6 billion in lifetime total sales revenue. 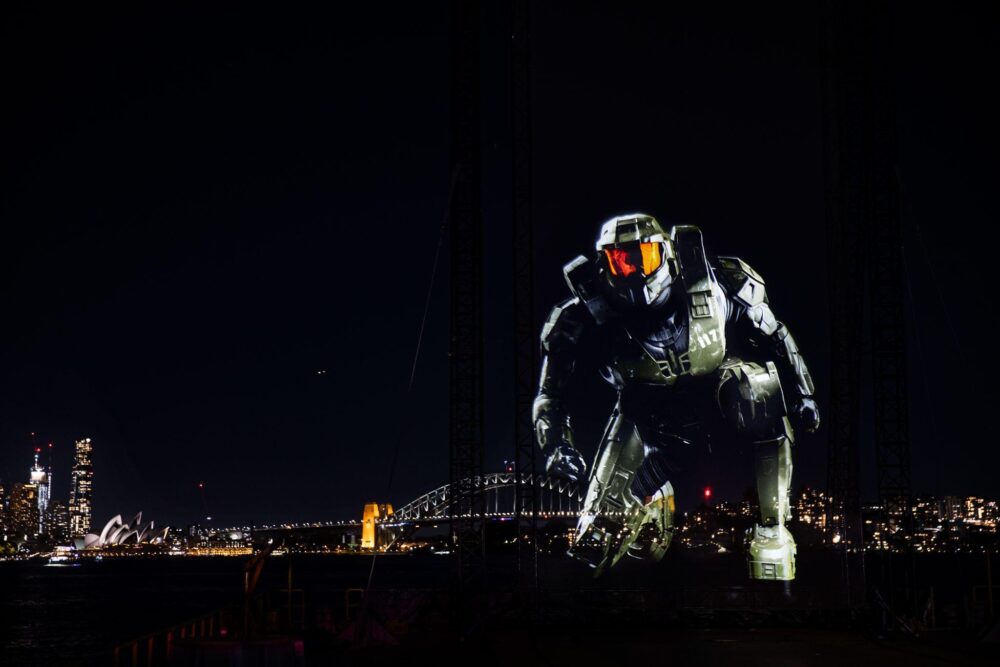