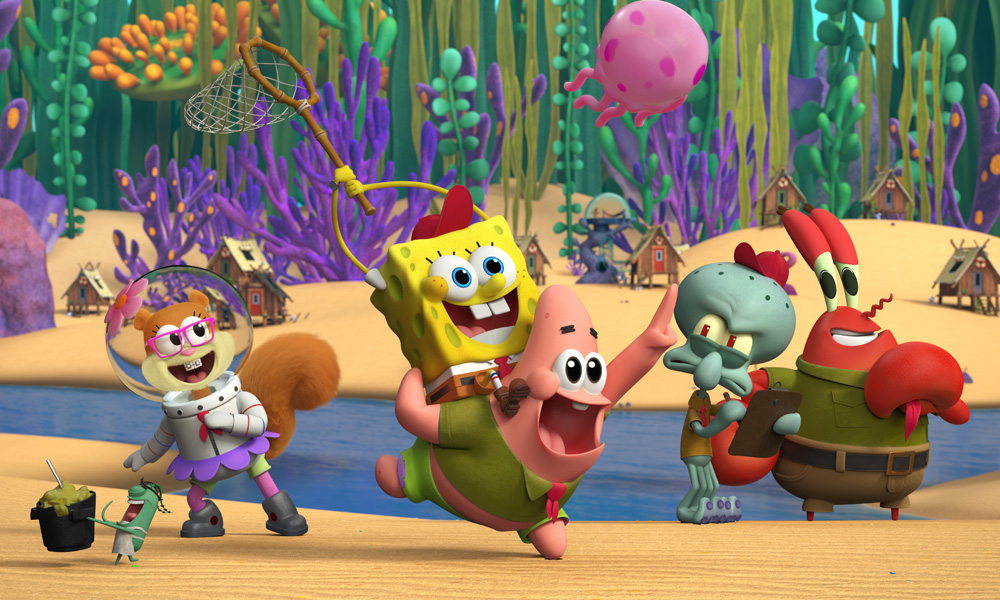 In the sneak peek of the series premiere, “The Jellyfish Kid,” a young SpongeBob is determined to catch his first jellyfish and his friends do whatever they can to help him. Produced by Nickelodeon Animation Studio, the series is coming soon to Paramount+, ViacomCBS’ upcoming subscription video on-demand service. Following the season’s run on Paramount+, the series will air on Nickelodeon later in the year.

SpongeBob Squarepants‘ first-ever spinoff, the CG-animated prequel follows 10-year-old SpongeBob SquarePants and his pals as they spend their summer building underwater campfires, catching wild jellyfish and swimming in Lake Yuckymuck at the craziest camp in the kelp forest, Kamp Koral.

On the (Virtual) Road to Oscar Gold: 2020’s Short Film Contenders
2021 PreVIEW Kicks Off with Trio of Free Online Sessions