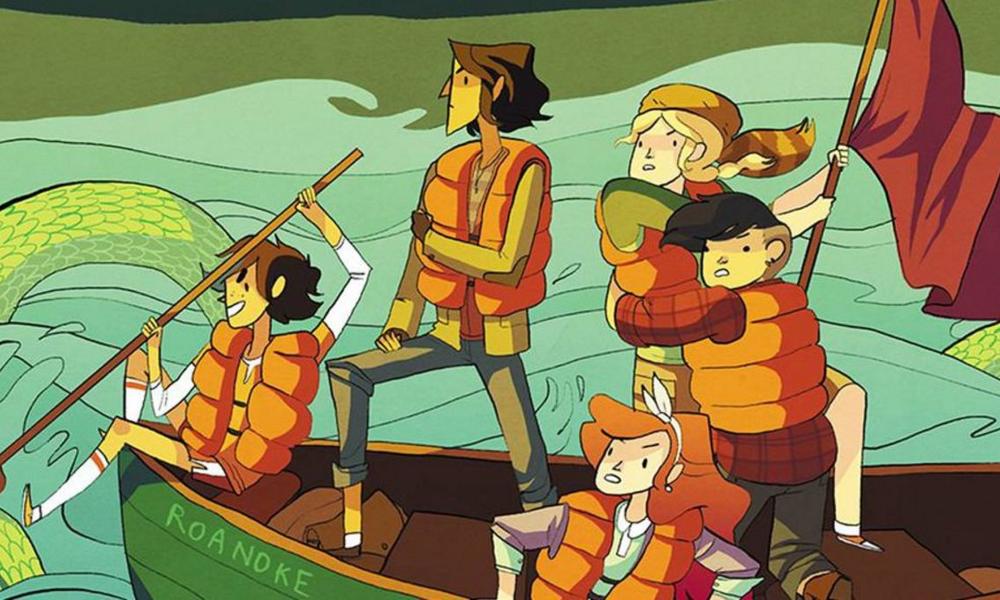 The get-‘er-done gals of Eisner Award-winning comic-book series Lumberjanes will make their animation debut in a new show currently in development for HBO Max. The adaptation will be written and executive produced by Noelle Stevenson, who co-created the title and is well known to animation fans as the creator and showrunner of Netflix/DreamWorks’ Emmy-nominated She-Ra and the Princesses of Power. The streamer intends to launch Lumberjanes with an animated special, to be directed by Stevenson.

Ross Richie and Stephen Christy will executive produce the series for publisher BOOM! Studios, with the label’s Mette Norkjaer as co-EP alongside Lumberjanes co-creators Shannon Watters, Grace Ellis and Brooklyn A. Allen.

The beloved comics center on five friend — April, Jo, Mal, Molly and Ripley — who are thrown into adventure when they meet at Miss Quinzella Thiskwin Penniquiqul Thistle Crumpet’s Camp for Hardcore Lady Types. While navigating their differences and the twisty paths of summer camp friendships, they also have to face mysterious and supernatural forces lurking in the woods.

Lumberjanes has sold over 1.5 million paperback copies since its launch in 2014. The adventure has spanned over 70 issues and 13 graphic novels, picking up multiple Eisners and a GLAAD Award for its depiction of female friendship and LGBTQ+ representation. The comics also inspired a line of YA spinoff novels, written by Mariko Tamaki (Laura Dean Keeps Breaking Up with Me, Harley Quinn: Breaking Glass).

Fox snagged feature adaptation rights in 2015, but the project was cut loose when Disney bought the studio. Stevenson and BOOM! reworked the idea into a series concept, and HBO Max won out in a multi-streamer bidding war.

Stevenson is also known for her Eisner-winning fantasy/sci-fi graphic novel Nimona (HarperCollins), which began as a webcomic slash senior thesis project at MICA. Her autobiographical graphic novel The Fire Never Goes OUt: A Memoir in Pictures was released by HarperCollins in March.

Have Yourself an Animated Xmas with New Netflix Specials!
Exclusive Clip: French-Cambodian Feature ‘The Khmer Smile’