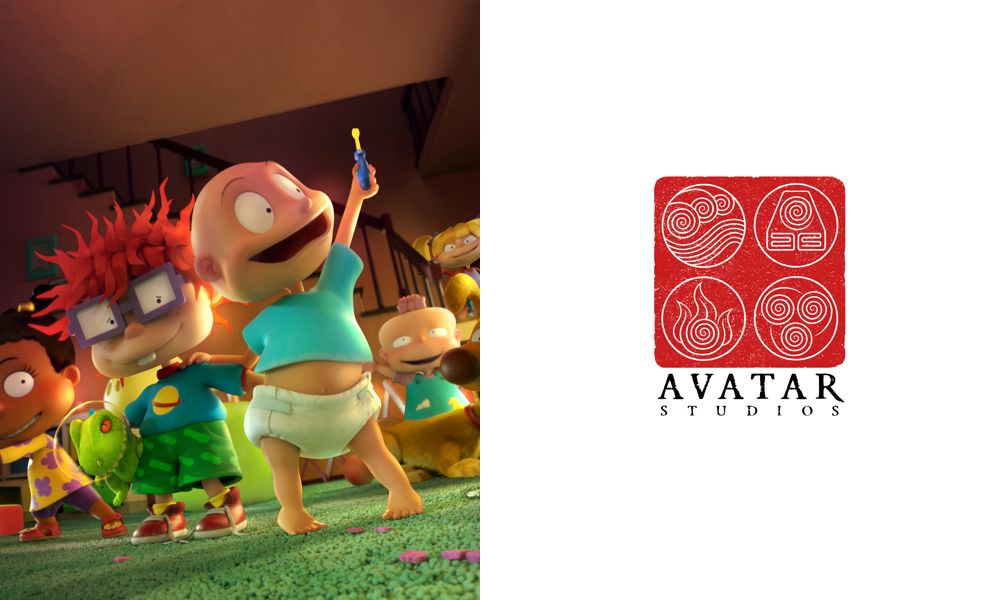 On top of the news that its CG-animated family series Star Trek: Prodigy will premiere on Paramount+, Nickelodeon and its sibling streamer have made exciting announcements for beloved animation properties Rugrats and Avatar: The Last Airbender today.

Members of the original voice cast behind the iconic toon toddlers are reuniting in the upcoming all-new Rugrats animated series. A reimagining of the classic ‘90s hit, the CG-animated series stars E.G. Daily (Tommy Pickles), Nancy Cartwright (Chuckie Finster), Cheryl Chase (Angelica Pickles), Cree Summer (Susie Carmicheal) and Kath Soucie (Phil and Lil DeVille), all of whom are reprising their iconic roles in this new series. Produced by Nickelodeon Animation Studio, the series is set to debut this spring on Paramount+, the upcoming streaming service from ViacomCBS.

“Rugrats is one of the most iconic cartoons recognized by fans around the globe, and this original version is one we are taking great care and pride in creating for a brand-new audience,” said Ramsey Naito, President, Nickelodeon Animation. “Having the voice cast behind these special characters come together is one of the essential pieces to making the show recognizable and we can’t wait to watch this talented group bring them to life again.” 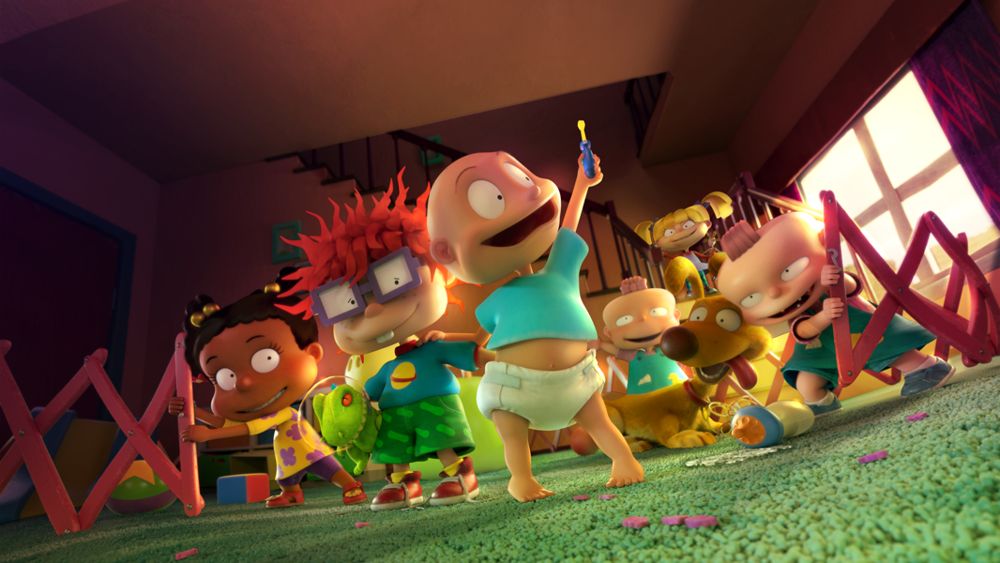 The brand-new series features rich and colorful CG-animation and follows the toddlers as they explore the world and beyond from their pint-sized and wildly imaginative point-of-view. Eryk Casemiro (Rugrats) and Kate Boutilier (Rugrats) are executive producers and Dave Pressler (Robot and Monster) and Casey Leonard (Breadwinners) serve as co-executive producers, with Rachel Lipman (Rugrats) as co-producer and Kellie Smith (The Fairly OddParents) as line producer. Production is overseen by Mollie Freilich, Senior Manager, Current Series Animation, Nickelodeon.

The original Rugrats series created by Arlene Klasky, Gabor Csupo and Paul Germain launched in August of 1991 and instantly became a groundbreaking phenomenon, spawning consumer products and three hit theatrical releases, and cemented its place in pop culture history through its iconic characters, storytelling and unique visual style. Rugrats was in production for nine seasons over the course of 13 years. The series earned four Daytime Emmy Awards, six Kids’ Choice Awards and its own star on the Hollywood Walk of Fame.

The studio also announced the launch of Avatar Studios, a newly-formed division designed to create original content spanning animated series and movies based on the beloved world of Avatar: The Last Airbender and The Legend of Korra. Original creators and executive producers Michael DiMartino and Bryan Konietzko will helm the studio as co-chief creative officers, reporting to Ramsey Naito, President, Nickelodeon Animation. The Studio’s output will bow on platforms including Paramount+, ViacomCBS’ subscription video on-demand service; on Nickelodeon’s own linear and digital platforms; as well as on third-party platforms and in theaters.

The first project from Avatar Studios is slated as an animated theatrical film set to begin production this year. Additional details will be available soon.

“Avatar: The Last Airbender and Korra have grown at least ten-fold in popularity since their original hit runs on Nickelodeon, and Ramsey Naito and I are incredibly excited to have Mike and Bryan’s genius talent on board to helm a studio devoted to expanding their characters and world into new content and formats for fans everywhere,” said Brian Robbins, President, ViacomCBS Kids & Family. “Creator-driven stories and characters have long been the hallmarks of Nickelodeon, and Avatar Studios is a way to give Mike and Bryan the resources and runway to open up their imaginations even more and dive deeper into the action and mythology of Avatar as we simultaneously expand upon that world and the world of content available on Paramount+ and Nickelodeon.”

“It’s hard to believe it’s been 19 years since we created Avatar: The Last Airbender. But even after all that time, there are still many stories and time periods in Aang’s world that we are eager to bring to life. We are fortunate to have an ever-growing community of passionate fans that enjoys exploring the Avatarverse as much as we do. And with this new Avatar Studios venture we have an unparalleled opportunity to develop our franchise and its storytelling on a vast scale, in myriad exciting ways and mediums. We are exceedingly grateful to Brian Robbins and Ramsey Naito for their enthusiasm and respect for the Avatar property and us as its stewards. From the start, they’ve supported our ambitious plans and created a positive, proactive environment for us. We’re excited to be back at Nickelodeon where Avatar began, doing what we do best in the biggest way possible. We can’t wait to build the great teams and productions to make all of this fantasy a reality,” said Konietzko and DiMartino. 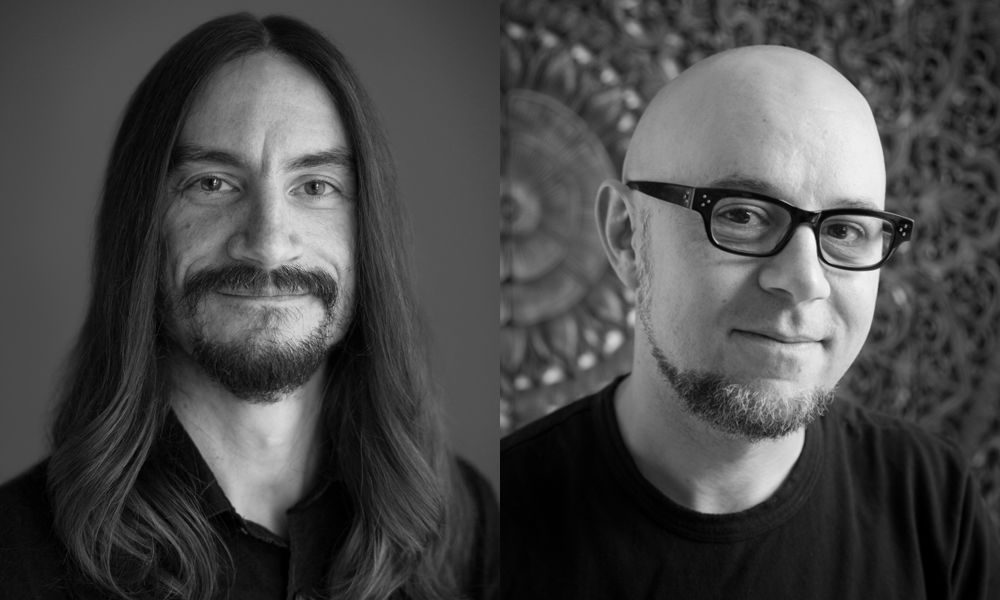 The Legend of Korra launched in April 2012 on Nickelodeon and ran for four seasons (52 episodes). Its first season premiered as basic cable’s number one kid’s show and drew 3.8 million viewers per episode, the highest for an animated series that year. Created and executive produced by DiMartino and Konietzko, the series is translated in more than 25 languages for Nickelodeon branded channels internationally. The property has translated into a successful ongoing graphic novel series written by DiMartino; its first storyline, Turf Wars, has captured various Top 10 sales spots across children’s fiction, YA science fiction, and graphic novel categories since its debut in 2017. The epic story of The Legend of Korra, set in the world of Avatar: The Last Airbender 70 years later, follows the journey of Avatar Korra, a 17-year-old girl striving to live up to the legacy of her predecessor Avatar Aang, while using her mastery of all four elements to confront political and spiritual unrest in a modernizing world.