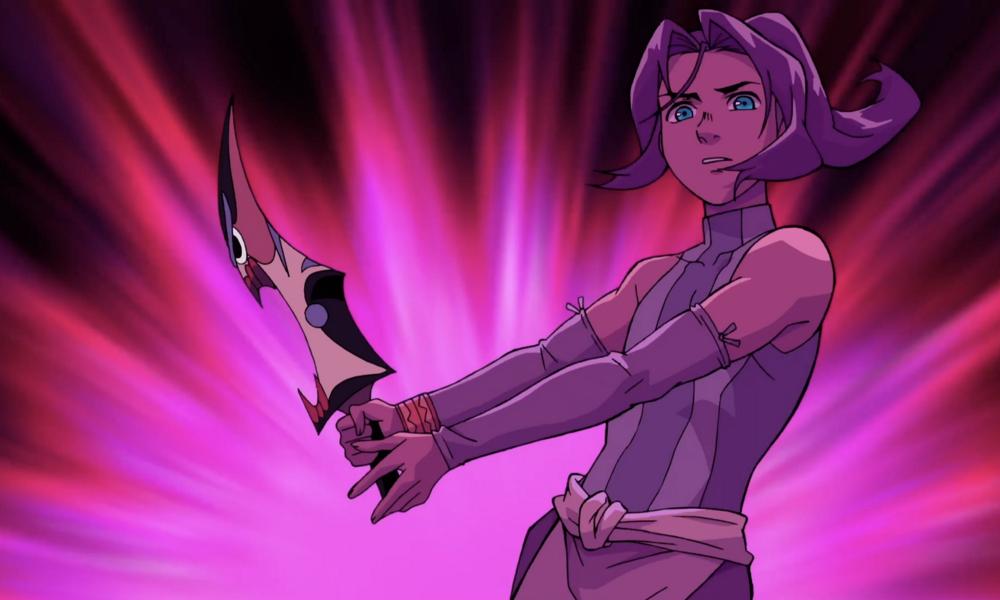 ***This interview originally appeared in the December ’20 issue of Animation Magazine (No. 305)***

One of the animation highlights of the fall season is the arrival of the highly original new series Onyx Equinox. The 2D-animated show, which will premiere on Crunchyroll on November 21, follows the adventures of a a young Aztec boy named Izel who is saved from death by the gods and is chosen to act as ‘humanity’s champion,’ forced to discard his apathy toward his fellow man and prove humanity’s potential on a journey that will take him across ancient Mesoamerica.

The show’s creator, exec producer and showrunner Sofía Alexander was kind enough to answer a few of our questions about her exciting project, which you can read under the new, darker trailer released just in time for Halloween! “Viewers of Onyx Equinox can expect an adult story, both in terms of on-screen action and the themes we tackle throughout the series. We’re going to journey with Izel as he is forced to save a world he doesn’t believe he has a place in, coming face to face with both the darkness in the world and within himself,” says Alexander. Crunchyroll also released new character details, which you can find below.

Animag: Can you tell us the origins of the show and the inspirations behind it?

Sofía Alexander: The concept of Onyx Equinox began in a college assignment. Back then, it was only Izel, Yaotl and Izel’s sister, Nelli. The story began evolving through my time in college, with a concrete story pitch developed for my senior project. There are many inspirations behind the idea. I was born in Quintana Roo, Mexico, a state nearby many Maya archeological sites. My grandfather was proud of our indigenous heritage, and it was important to him we learned and were exposed to it as much as possible. My childhood memories are heavily tied with visiting the sites. It was an obvious choice to tell a story set in such a beautiful time.

When I learned how much history had been lost during Spanish colonization, I found myself wondering what that world looked like, what parts of these huge civilizations were completely wiped away? I loved Lord of the Rings, which of course is inspired by a mix of European mythologies. I started to imagine a Mexico that was just as magical and epic as that. Onyx Equinox is also heavily inspired by my own experiences growing up and figuring out my own perception of the world and society in general. 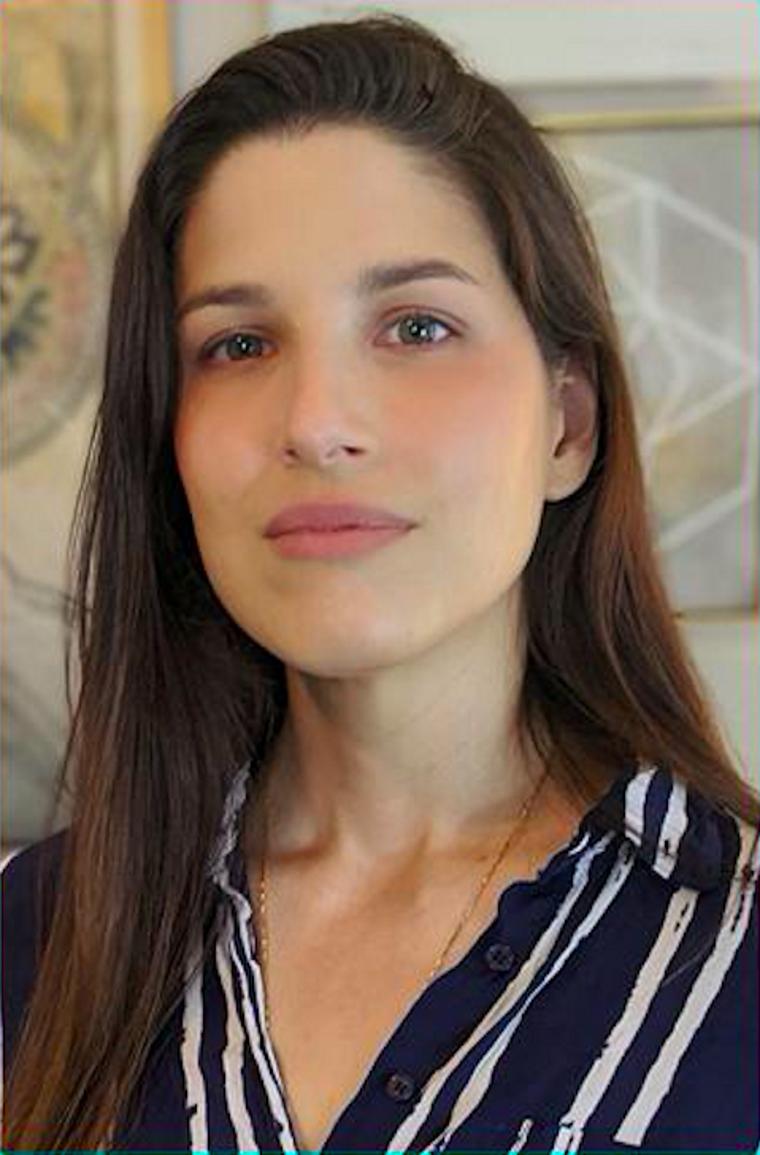 When did you start working on the show?

Onyx Equinox began as a comic strip, a college assignment back in 2007. Izel and Yaotl looked about the same back then, too. The story went through many concepts and rewrites, redesigns and character development, and then I developed a pitch for my senior project in 2011. I let the story sit for a while, thinking one day I would draw it as a graphic novel. When I came out to L.A. I revisited it, and reworked it into a pitch for an animated series, and through a fortunate series of being in the right place at the right time, we began writing the show in October 2018.

How many people work on the show and where is the animation being produced?

The production studio is located in L.A., but the animation was made at Tiger Animation and DR Movie in South Korea. 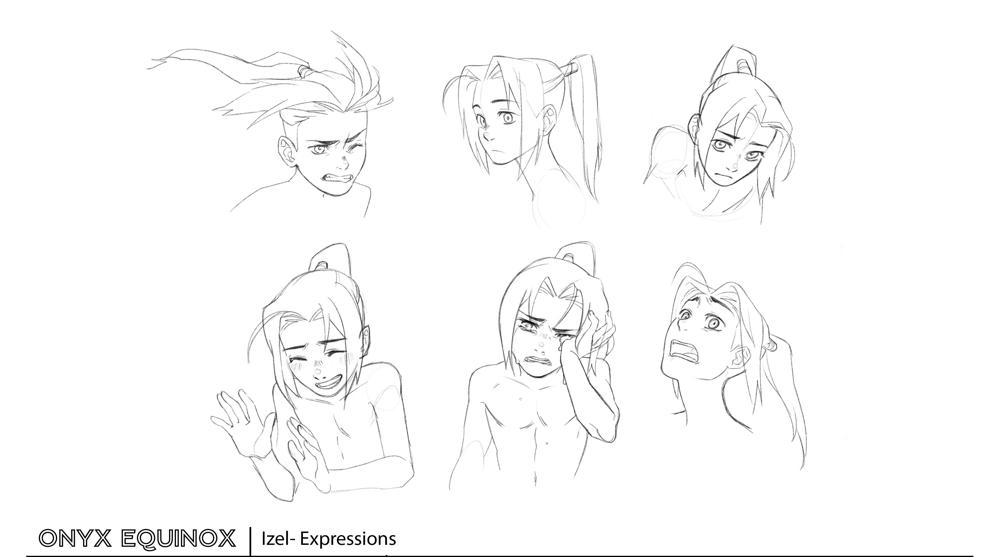 Which tools/software do you use to produce the animation?

Everything from concept art, character sheets, storyboards, editing and even writing is all hand-drawn/typed on the computer. We used programs like Storyboard Pro, After Effects and Photoshop in our L.A. studio., but when it came to Tiger and DR Movie, we did have some of the animation process done with more traditional tools.

What would you say were some of your biggest challenges on this project?

Translation between cultures was a big one for sure. Beside language, there’s a lot of culturally different concepts and history to unpack. Mesoamerica doesn’t get as much spotlight as we think, and when we see it in media, it’s depicted through a foreign lens. As a Mexican woman, I had to translate to Americans and then to our South Korean studio. Luckily, we also had the help of an archaeologist/anthropologist who helped keep certain aspects of the world of Onyx Equinox that are inspired from real history as accurate as possible. 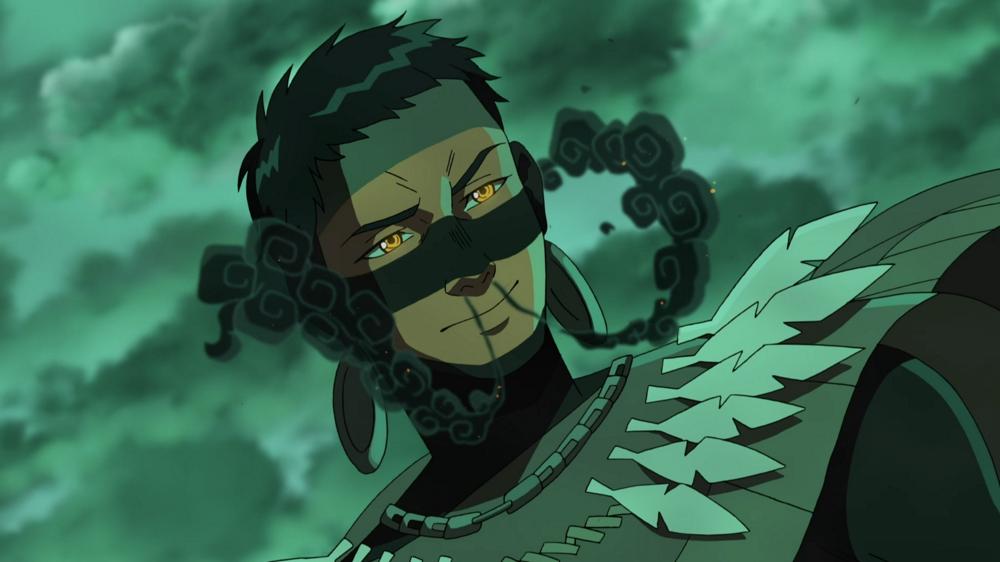 How did your experiences on Infinity Train and Powerpuff Girls prepare you for the show?

Infinity Train and Powerpuff Girls were strictly experienced as a storyboard artist and visual storytelling, which does help in board direction. However for the rest, there’s nothing that would train you or give you experience to become a showrunner. This is something you learn on the job, and if you’re lucky you’ll have mentors and team members who will help guide you. I was very lucky in that aspect!

What are you most pleased about in Onyx Equinox and what do you hope audiences take away from it?

I’m very happy that I was able to tell this story in general! I’d say the parts I’m most proud of are the music and the color design, but I think everyone who worked with me on it really put their heart and soul into it, and I hope it shows. I hope the audience is compelled by the story and that it sparks interest in Mexico’s rich culture and history, and that people will want to travel to some of the sites that appear in the show. Most of all, I hope that audiences around the world will be able to love and identify with the characters. 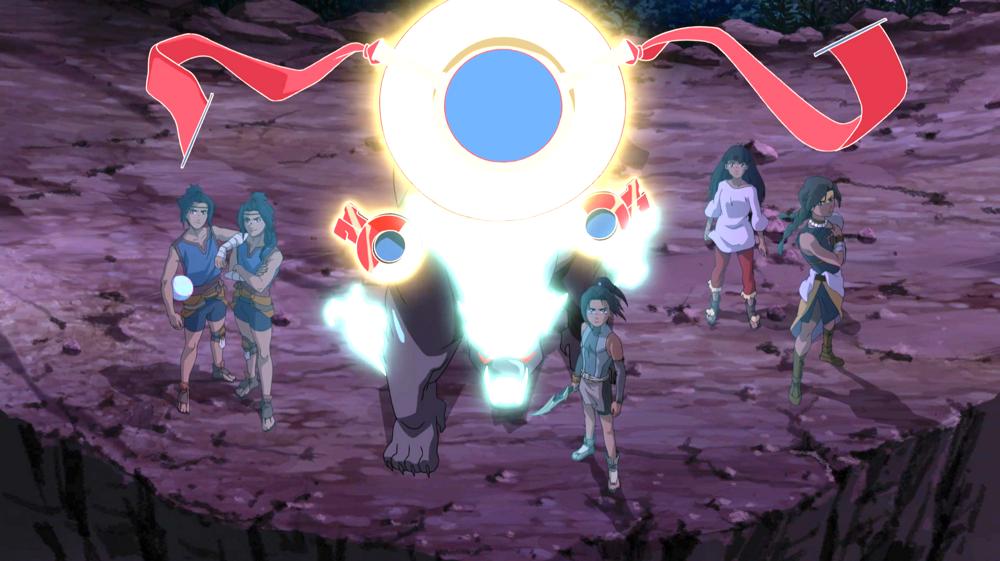 What do you think of the current animation boom and the opportunities available to Latinx talent?

We’re getting there, but it isn’t perfect. It’s wonderful that there are doors being opened for diverse voices, but we’ve got a ways to go when it comes to increasing our numbers, being included in leadership positions and the normalizing of diversity in content instead of considering it a movement or a media phase.

For example, it was wonderful to have my show greenlit knowing that an underrepresented population would be getting exposure, but it was more difficult to find Indigenous and Latinx talent than I thought it would be. My background is in art, so there were plenty of artists from all walks of life that I knew I wanted for my team, but for other departments like writing and acting, I didn’t know anybody personally, so I had to rely on agency connections to find people.

But things are changing, and I know that there are programs that are already out there and that are being developed that are designed to find those talents in places outside of expensive art schools. I have high hopes that between elevating those voices that are already in the animation industry and seeking out talent from other areas than the usual ones, we will be seeing some positive changes very soon. (And hopefully, there will be more interest in coming onto Onyx Equinox for a possible Season 2!) I also hope that Indigenous and Latinx people who see the show can see themselves reflected in a way that they identify with, and that by feeling seen, they will know that their stories and content are valuable and wanted, and that they can and should tell their stories, whatever they may be.

What kind of advice can you give newbies who want to thrive in the animation business like you did?

Make genuine connections with your peers and help each other out. Accept others’ kindnesses and pay it forward when you can. Tell the story you want to tell instead of the one you think studios will buy, because if you’re going to be running a show, you’ll have a much better time if you love it every step of the way! I almost didn’t pitch Onyx Equinox when I had the chance, because I didn’t think any place would consider it “marketable.” But it was a story I told from my heart and I hope that shines through. 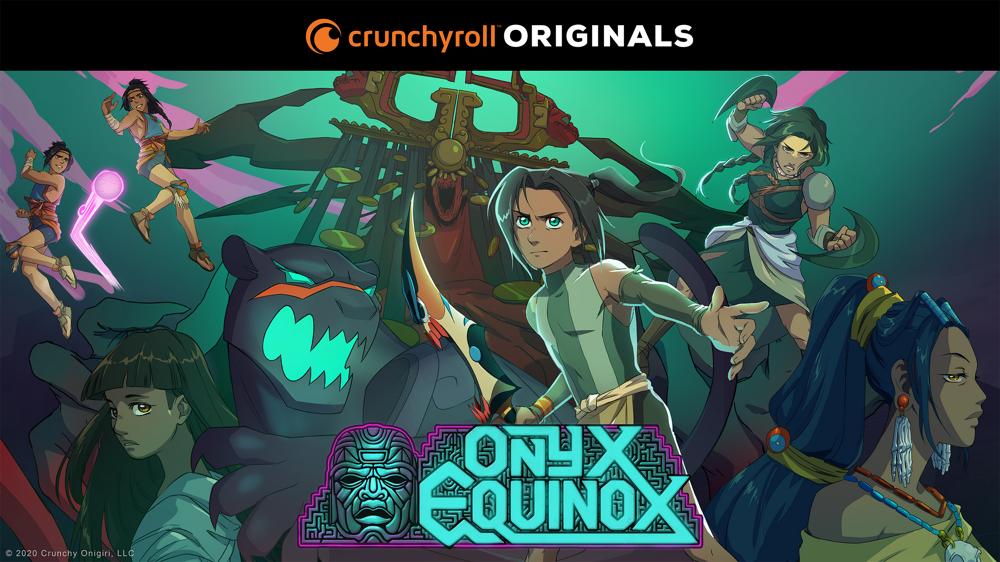 Zyanya: [ ziannia ] – A warrior with a powerful ability, seeks to restore her destroyed city.

Onyx Equinox premieres on Crunchyroll on Saturday, November 21. The series will be dubbed in Spanish, Brazilian Portuguese, French and German at launch. 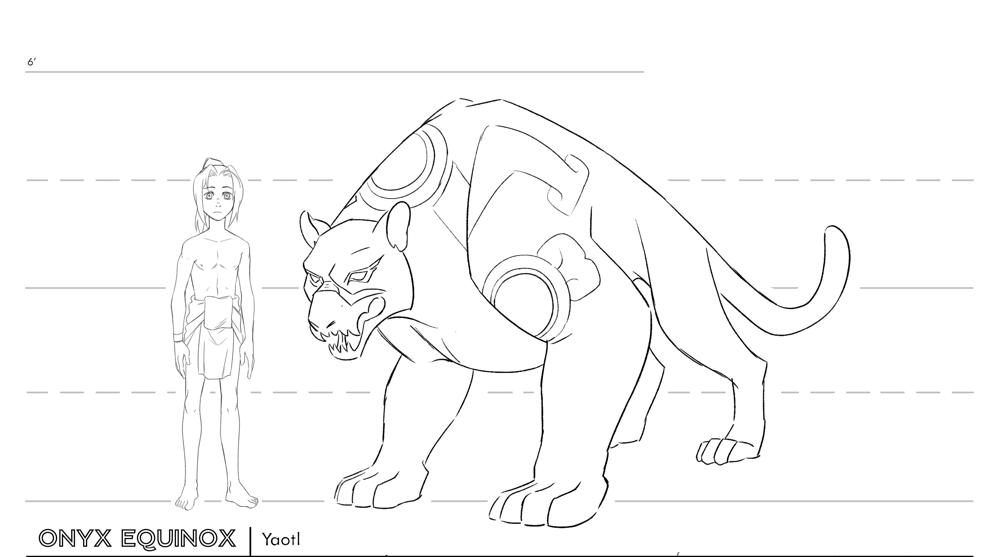