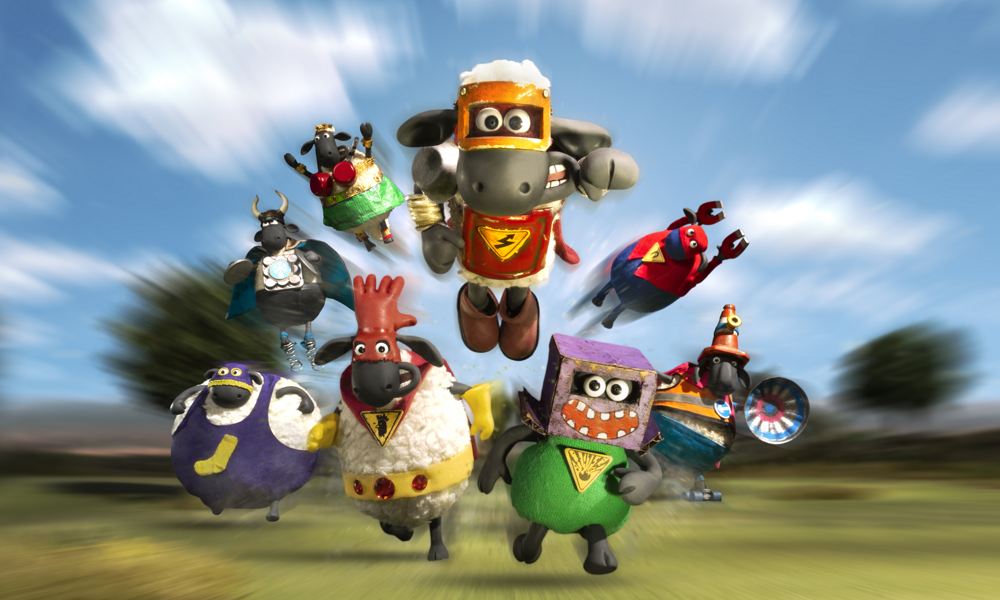 Aardman has announced Shaun and the Flock will return for a brand new 20 x 7’ series, causing more mayhem in Shaun the Sheep: Adventures from Mossy Bottom. The beloved character will start getting into new pastoral pickles on Netflix in the U.K., U.S., Canada and Latin America on March 17, Spain, Turkey, Poland, Israel and U.A.E. on March 16.

More anarchic than ever, Shaun is the center of adventure and excitement at Mossy Bottom Farm for a sixth series, making mischief for the Farmer and his long-suffering sheep dog, Bitzer.

Aardman, the multi Academy Award and BAFTA-winning studio, is using more cinematic production values for Adventures from Mossy Bottom, following up on the success of A Shaun the Sheep Movie: Farmageddon.

“We started shooting Shaun the Sheep: Adventures from Mossy Bottom as we wrapped on our most recent feature, A Shaun the Sheep Movie: Farmageddon, and so inherited much of its more cinematic visual style,” commented series director Tom Parkinson. “We also made a conscious decision to write more dramatic storylines. Adventures from Mossy Bottom aims to bridge the gap between the simple storytelling of the earlier series and this larger scale filmic stuff… with these new episodes you’re almost getting 20 mini movies! Add to this a number of new characters and I think we have given the show a fresh new feel.”

Shaun the Sheep: Adventures from Mossy Bottom introduces four new characters to Mossingham: Stash, a hyperactive squirrel; no-nonsense Rita, who delivers the parcels; and new rival Farmer Ben and his Afghan hound, Lexi, exuding an air of superiority — much to Bitzer and the Farmer’s annoyance.

For the first time Aardman has been awarded the Albert certification for reducing its carbon “hoofprint” and including content that supports a more sustainable future, with Mossy Bottom Farm now featuring solar panels, wind turbines and electric vehicles.

“We’re thrilled to have been given the highest accreditation for an Albert sustainability award on the newest Shaun the Sheep series. It’s a testament to Aardman’s efforts – on screen and off – to encourage a more caring attitude to our planet, and contribute towards an environmentally sustainable industry,” said Sarah Cox, Aardman Executive Creative Director.