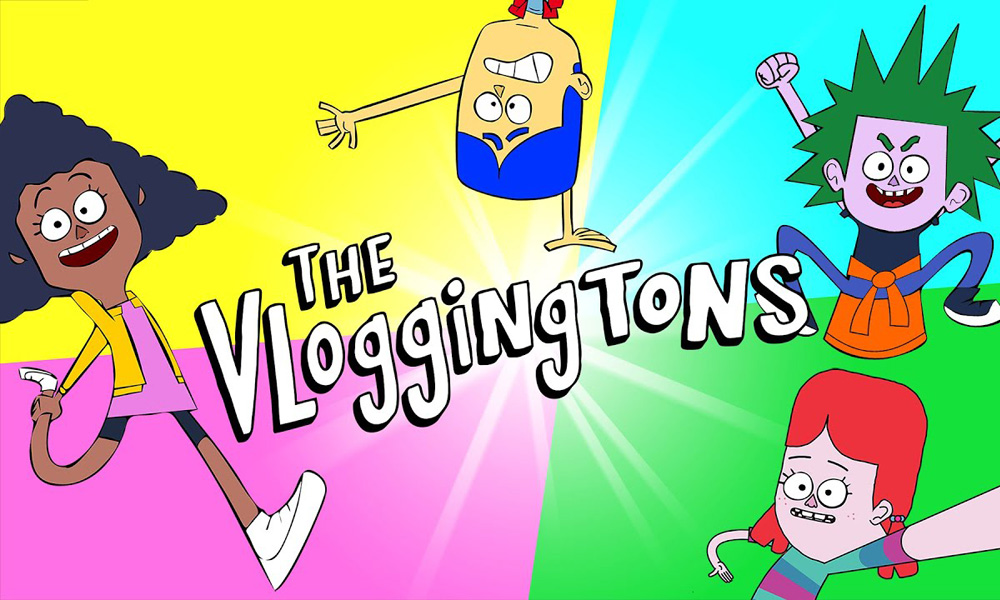 The Vloggingtons, an animated comedy that holds a mirror to the ‘YouTube generation,’ has launched a new season on HeiHei — TVNZ’s On Demand kids’ destination. Produced by Auckland-based animation studio Yoozoo, the series aimed at 7- to 9-year olds follows the exploits of four kids who try to turn their everyday moments into epic video productions.

Season 2 expands the characters’ vlogging adventures from 90-second shorts to a 16 x 5′ series.

“Most parents will be familiar with the characters on The Vloggingtons,” said series creator Julian Stokoe. “They’re like the kids who not only watch their favorite vloggers, they want to be a vlogger and have their own channel as well.”

Continuing the theme of ‘kids first,’ the main characters are all voiced by 8- to 12-year olds who bring a relatable spin to their cartoon counterparts. In addition to the young cast, The Vloggingtons features the voice talents of Jackie van Beek (The Breaker Uppers), Laura Daniel (Funny Girls) and Simon McKinney (The Moe Show), with writing contributions from comedians including Joseph Moore, Brynley Stent, Guy Montgomery and Jamaine Ross.

The Vloggingtons has a tactile look, placing cartoon characters in a world constructed out of still photography and paper cut-outs. This ‘made by kids’ aesthetic flows through to the sound of a toy Casio keyboard used by Luke Rowell (a.k.a. Disasterradio and Eyeliner) to create the soundtrack.

Production on the show started before the events of the first lockdown in March 2020. Fortunately, the crew was already set up to work remotely with the only change being their normal daily schedule was now called “quarantine.” With the rest of the country and the world moving to virtual calls and meetings, the vlog format of The Vloggingtons is more familiar than ever.

Yoozoo is an Auckland-based studio, animation and design studio that works with a large network of animators, illustrators, musicians, writers and software developers. www.yoozoo.nz