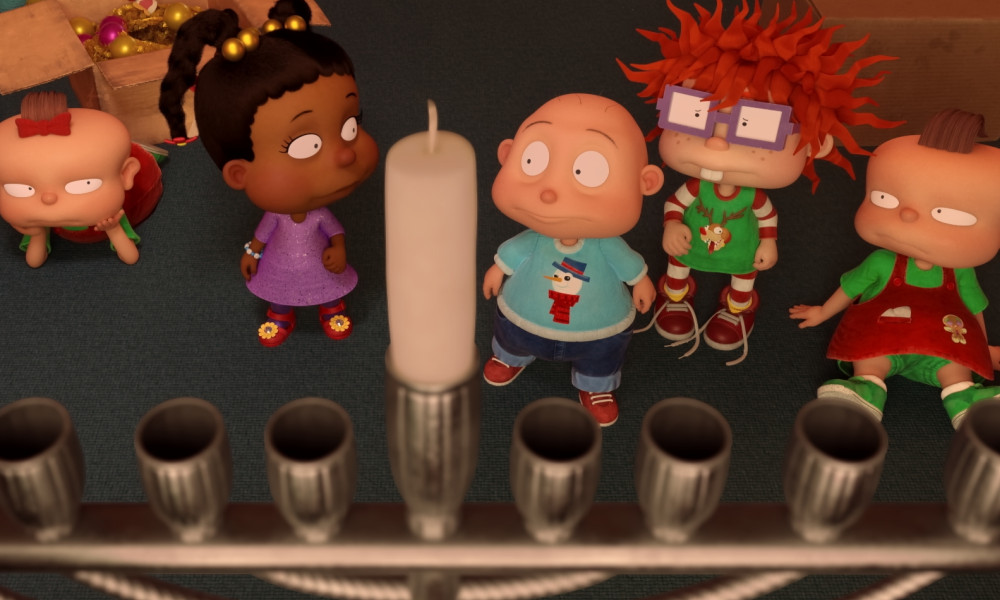 Paramount+ and Nickelodeon are celebrating the holidays with an all-new Rugrats half- hour special episode, “Traditions,” premiering exclusively on Paramount+ on Thursday, December 2. The episode will later air on Nickelodeon on Friday, December 10 at 7:30 p.m. (ET/PT).

In the multi-denominational special episode, when Tommy’s first Chanukah falls on Christmas Eve, the Pickles family must juggle their family traditions to make sure each feels important, while also celebrating Las Posadas with Betty and her family. The episode features guest stars Raini Rodriguez as Gabi, Swoosie Kurtz as Minka, Henry Winkler as Boris and Tata Vega as Tia Esperanza.

The episode aims to explain the various ways the holidays are celebrated and explore how families from different cultures come together to create their own new and unique traditions. (Winkler, playing Tommy’s “Bubbe,” even ad-libbed the Chanukah prayer heard in the episode.)

In addition to the new special, the classic holiday episode “A Rugrats Chanukah” is available to stream, along with the entire original Rugrats series, on Paramount+. Fans can also catch “A Rugrats Chanukah” in the Nickelodeon Pluto channel’s 24- hour marathon of the episode starting at 6 a.m. (ET/PT) on Sunday, November 28, the first night of Chanukah. Following the marathon, the iconic episode will air every night of Chanukah (Sunday, Nov. 28 through Sunday, December 5) on NickRewind at 11 p.m. (ET/PT), and another six times throughout Nick Pluto Flashback Friday on Friday, December 3.