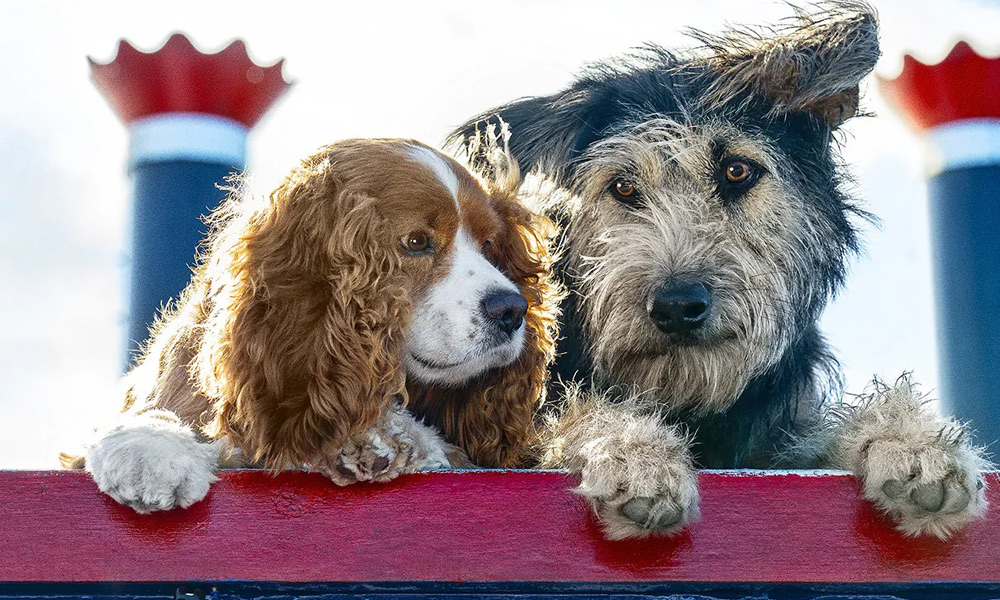 One of the many, many highly-anticipated originals set to launch with the new Disney+ streaming service on November 12, the live-action movie Lady and the Tramp debuted new trailer during Monday night’s episode of Dancing with the Stars on ABC. The movie is a re-telling of the 1955 animated classic about a pampered house dog and a tough-but-lovable stray caught up in an unexpected adventure and, despite their differences, grow closer and come to understand the value of home.

Synopsis: Life is good for Lady, an overachieving American Cocker Spaniel who resides in an upscale suburban neighborhood. Her owners, Jim Dear and Darling, spoil her daily and her neighbors, Jock, an outspoken Scottish Terrier and Trusty, a world-weary Bloodhound, are always within barking distance. But when a baby enters the picture, Lady is no longer the center of attention, and the arrival of cat-loving Aunt Sarah only complicates matters. Lady soon finds herself alone on the streets in an unwelcoming part of town. Fortunately, Tramp steps in, and the streetwise mongrel is quick to teach her the ways of the world. Before long, the prim and proper pure bred and the fast-talking mutt are partaking in moonlight strolls in the park and romantic spaghetti dinners by candlelight. Tramp savors the independence of a world without leashes or fences alongside his roguish friends Peg and Bull, but Lady misses the comfort and safety of a family, and soon both must decide where – and with whom – they belong.

Lady and the Tramp stars Tessa Thompson as the voice of Lady and Justin Theroux as the voice of Tramp; Kiersey Clemons as Darling; Thomas Mann as Jim Dear; Janelle Monáe as the voice of Peg; Yvette Nicole Brown as Aunt Sarah; and Sam Elliott as the voice of Trusty. The film is directed by Charlie Bean from a screenplay by Andrew Bujalski and Kari Granlund, and is produced by Brigham Taylor, p.g.a., with Diane L. Sabatini serving as executive producer.