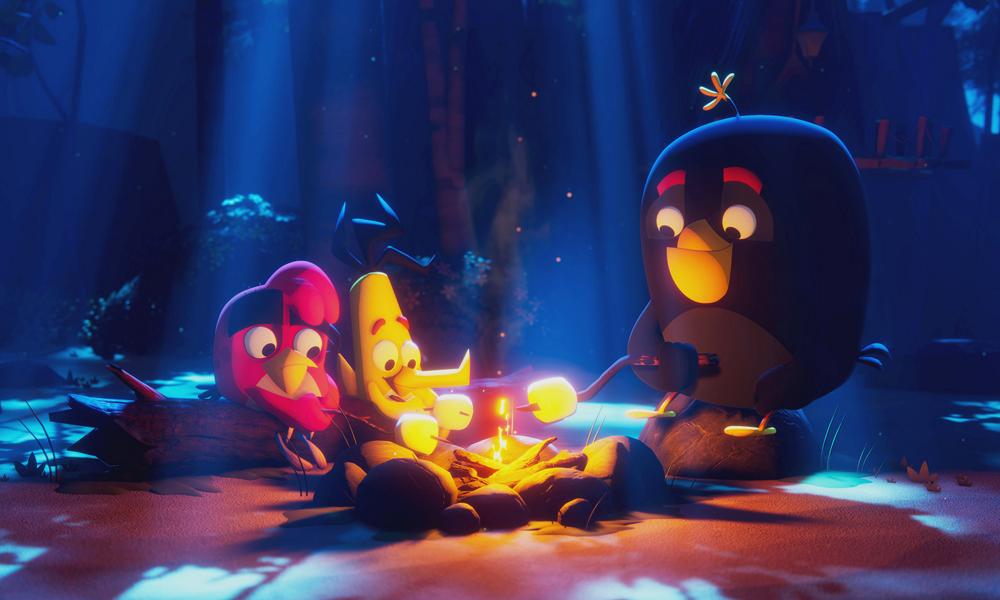 Netflix and CAKE, in partnership with Rovio Entertainment, announced the new animated series Angry Birds: Summer Madness, based on the iconic world of the Angry Birds. The 40 x 11-minute episode series will debut globally starting in 2021, taking its cue from the humor and tone of The Angry Birds Movie franchise while revealing a fresh new look.

“Angry Birds have been a true phenomenon for kids around the world,” commented Curtis Lelash, Netflix Director of Original Series, “and we’re excited to bring them home to the nest at Netflix, where they will be angrier and bird-ier than ever.”

Angry Birds: Summer Madness sees much-loved birds Red, Bomb and Chuck, as well as a cast of brand new feathered friends, as tween birds at summer camp under the questionable guidance of their counselor Mighty Eagle. Explosive antics, improbable pranks and crazy summertime adventures see the birds pushing boundaries and breaking all the rules while fending off the brash and obnoxious Pigs on the other side of the lake, who seem hell-bent on causing as much mayhem as possible!

This is the latest collaboration in a long-term partnership between CAKE and Rovio, which includes international distribution rights to Rovio’s expanding library of non-dialogue shorts.

“Angry Birds are about to smash the small screen and we are thrilled to be making the journey with Netflix as our global partner,” said Ed Galton, CCO & Managing Director, CAKE.

Rovio CMO Ville Heijari added, “Angry Birds animated content plays a key role in our long-term franchise strategy. After more than a decade in hit games, blockbuster movies and licensed products, this is the Angry Birds’ first foray into a long-form series. We’re delighted to continue our partnership with CAKE and can’t wait to unveil the world of Angry Birds: Summer Madness to viewers on Netflix.”