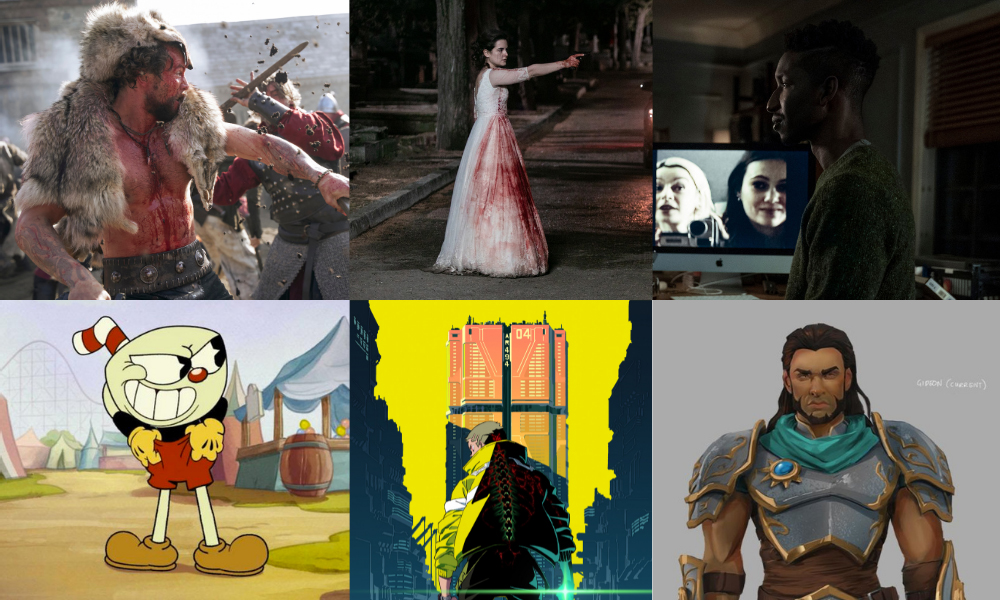 In a blog post penned by Peter Freidlander, Head of Scripted Series, U.S./Canada, Netflix detailed its plans for new and returning genre series set to bring brain-tickling, VFX-fueled sci-fi, horror and fantasy stories to audiences in 2022. The announcement unveiled select premiere dates and new details for fresh interpretations of fan-favorites like The Sandman, Resident Evil, Vikings and The Witcher as well as animated event series Cyberpunk: Edgerunners, Magic: The Gathering and Army of the Dead: Lost Vegas, and much more.

“Brought to life by visionary and iconic creators, as well as the talent you know and love, our slate of genre shows plays across a range of universes and subgenres where one thing is key: variety reigns supreme,” Friedlander wrote. 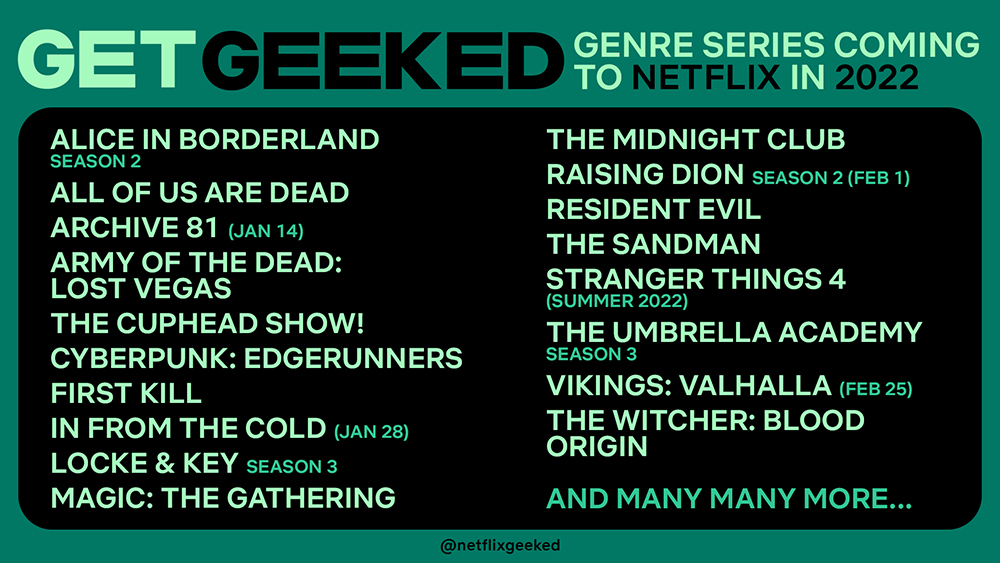 Army of the Dead: Lost Vegas. The animated series chronicles the origin story of Scott (Dave Bautista) and his rescue crew during the initial fall of Vegas as they confront the mysterious source of the zombie outbreak. The series will be executive produced by Deborah Snyder, Zack Snyder, Wesley Coller from The Stone Quarry alongside Jay Olivia and Shay Hatten. Zack Snyder will direct two episodes. Jay Oliva (Batman: The Dark Knight Returns, Trese) will be showrunning as well as directing two episodes of the series. Meduzarts Animation Studio will serve as the animation studio. 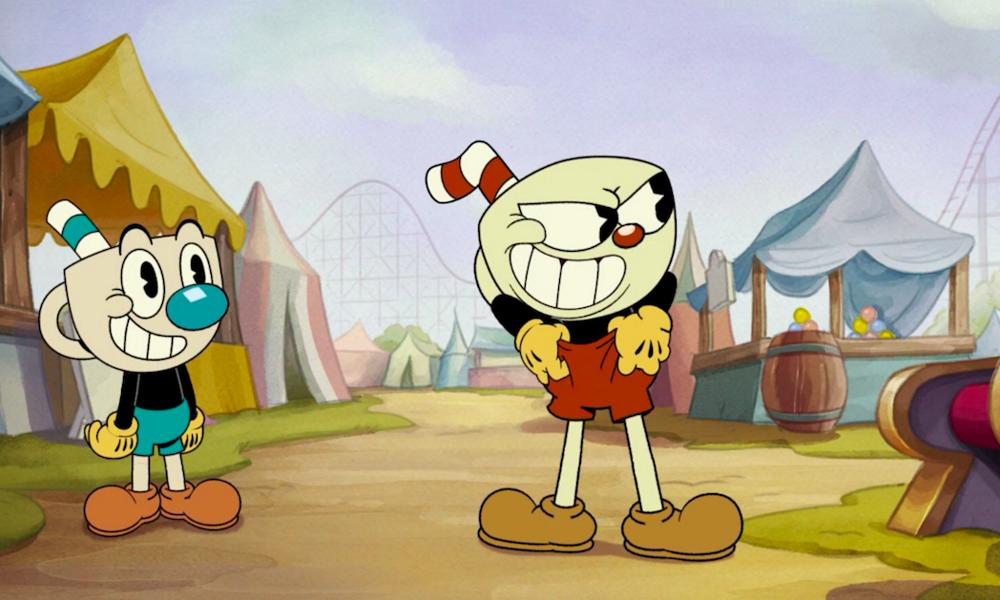 The Cuphead Show! The character-driven comedy follows the unique misadventures of the impulsive Cuphead and his cautious but easily swayed brother Mugman. Through their many misadventures across their surreal home of the Inkwell Isles, they’ve always got one another’s backs. The new series will expand on the characters and world of Cuphead, with an animation style inspired by the classic Fleischer cartoons from the 1930s. CJ Kettler will serve as the executive producer for King Features, creators Chad and Jared Moldenhauer will serve as executive producers for Studio MDHR. The series will be produced by Netflix Animation and is executive produced by Emmy and Annie Award-winning producer, Dave Wasson (Mickey Mouse Shorts) and Cosmo Segurson (Rocko’s Modern Life: Static Cling) serves as co-executive producer. 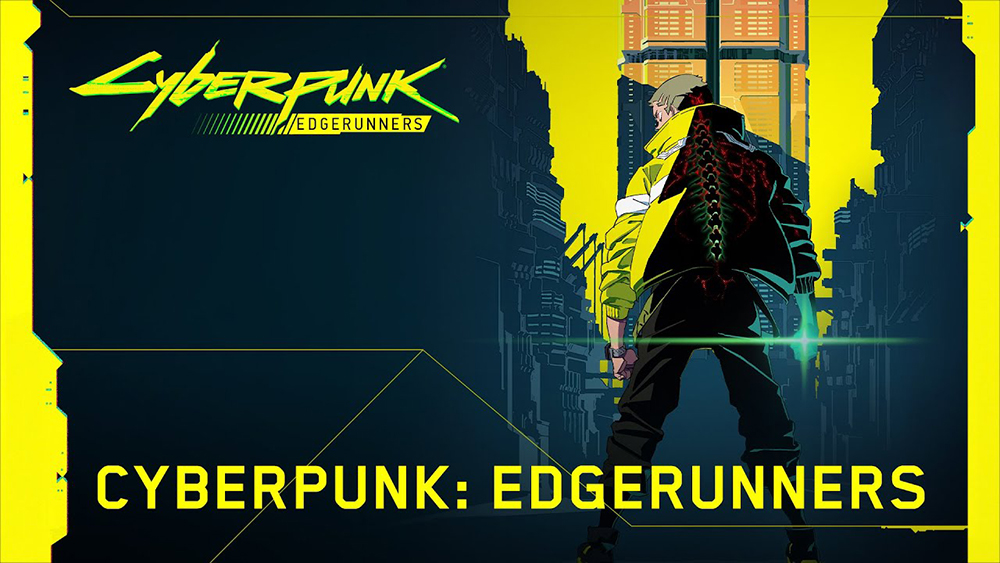 Cyberpunk: Edgerunners. A standalone, 10-episode story about a street kid trying to survive in a technology and body modification-obsessed city of the future. Having everything to lose, he chooses to stay alive by becoming an edgerunner — a mercenary outlaw also known as a cyberpunk. CD PROJEKT RED, the company behind the Cyberpunk 2077 video game, is producing the series, with a creative team formed of talent from The Witcher 3: Wild Hunt and Cyberpunk 2077 working on this new series since 2018. Acclaimed Japan-based animation company Studio Trigger will serve as the animation studio on the series and bring the world of Cyberpunk to life with their signature, vibrant style. 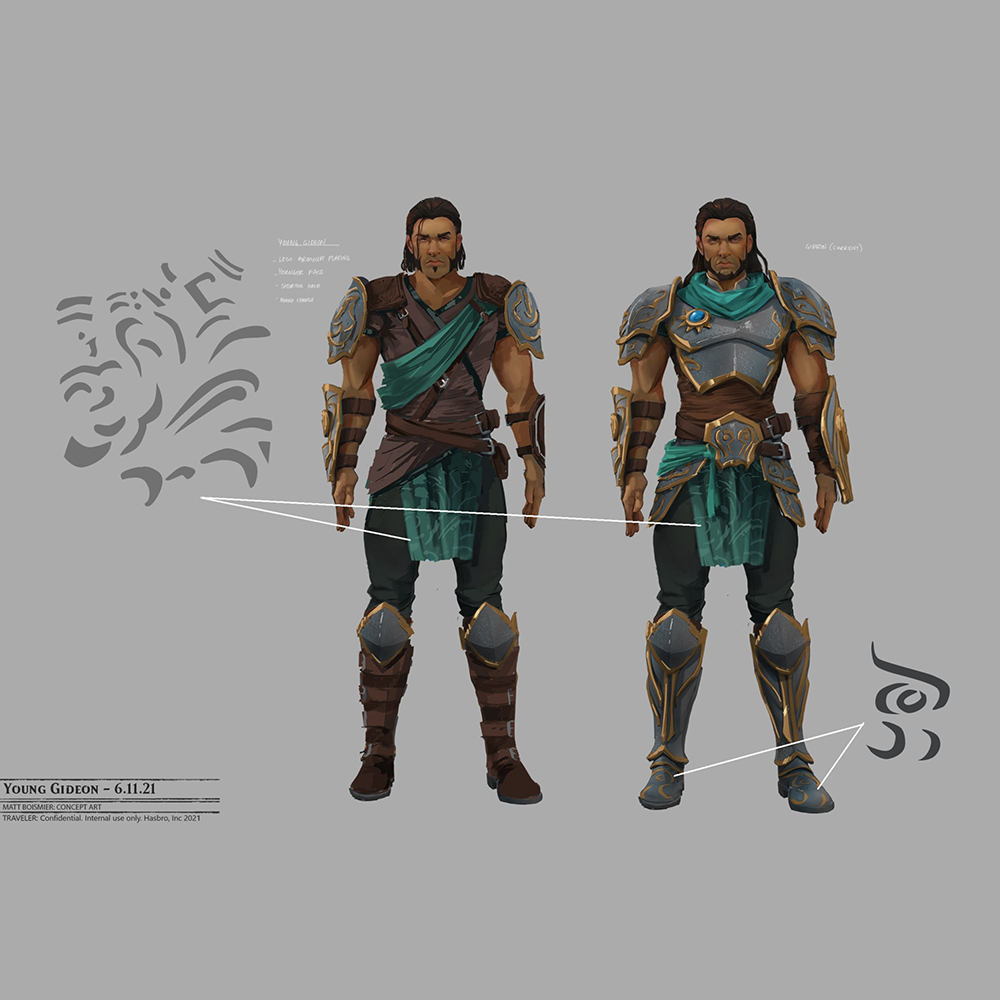 Gideon Jura character design for Magic: The Gathering (Wizards of the Coast)

Magic: The Gathering. Coming soon, an all-new animated event series from Entertainment One (eOne), Hasbro’s global entertainment studio. During the Magic Showcase 2021 livestream, Wizards of the Coast announced the CGI series is due in the second half of 2022 and will be anchored by the planeswalker character Gideon Jura, to be voiced by Brandon Routh (Superman Returns). Jeff Kline (Transformers animated series, Jackie Chan Adventures, Men in Black: The Series) is showrunner, replacing the Russo Brothers, alongside co-producer Steve Melching (Star Wars: The Clone Wars, The Batman).

Magic: The Gathering is coming to Netflix in the latter half of 2022! This animated series is a completely new story that features beloved characters like our friend Gideon here. Keep an eye out for the prequel novel, arriving alongside the first Netflix season. pic.twitter.com/zCQ8ZwI0wq

Magic: The Gathering’s compelling characters, fantastic worlds and deep strategic gameplay have entertained and delighted fans for more than 25 years. Fans can currently experience Magic through the tabletop trading card game, Magic: The Gathering Arena on PC and mobile, and published fiction across the web, comics and a New York Times bestselling novel. With over 50 million fans to date, Magic is a worldwide phenomenon published in 11 languages in over 70 countries. Magic is published by Wizards of the Coast, a subsidiary of Hasbro. 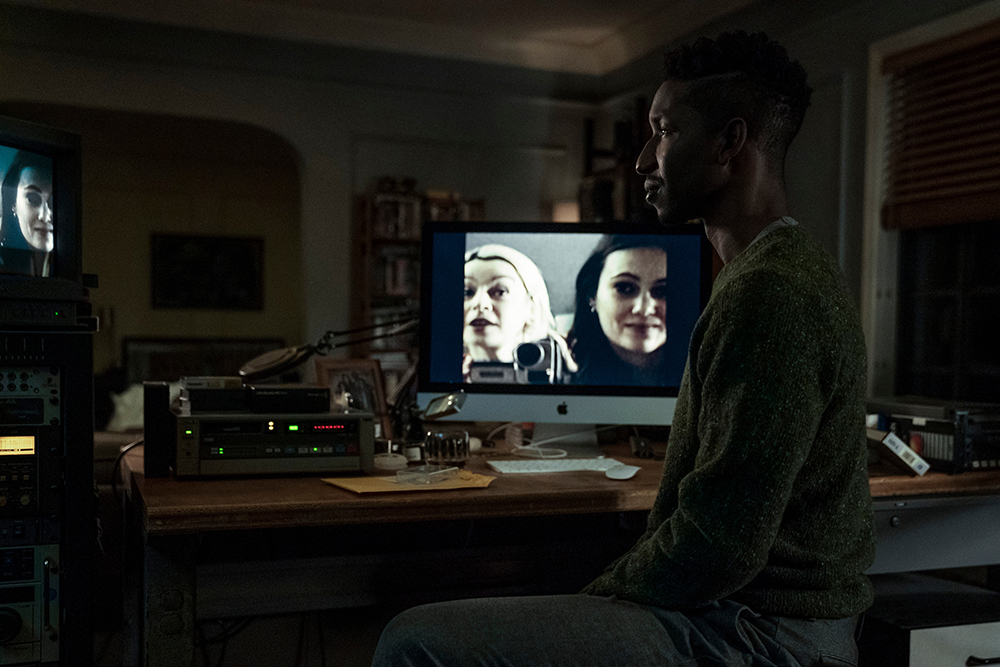 Archive 81 (January 14, 2022). Archive 81 follows archivist Dan Turner (Mamoudou Athie), who takes a job restoring a collection of damaged videotapes from 1994. Reconstructing the work of a documentary filmmaker named Melody Pendras (Dina Shihabi), he is drawn into her investigation of a dangerous cult at the Visser apartment building. As the season unfolds across these two timelines, Dan slowly finds himself obsessed with uncovering what happened to Melody. When the two characters form a mysterious connection, Dan becomes convinced he can save her from the terrifying end she met 25 years ago. 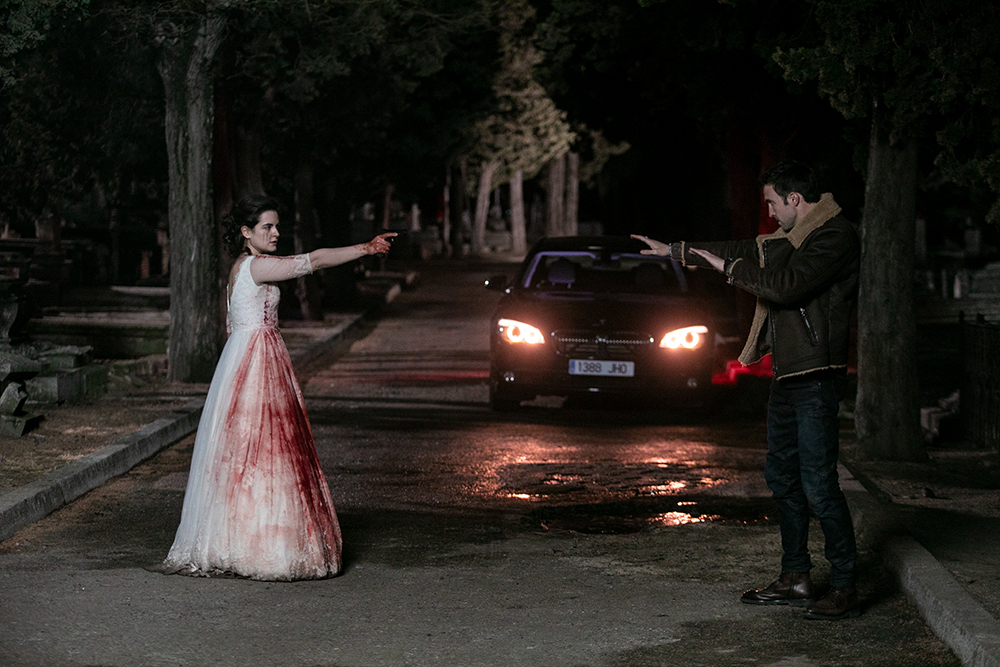 In from the Cold

In from the Cold (January 28, 2022). During a European vacation with her daughter, an American single mom’s life is turned upside down when the CIA forces her to confront her long-buried past as a Russian spy who was also the product of a highly classified KGB experiment granting her special abilities. After a mysterious string of manic and murderous incidents suggests someone with her exact abilities is targeting innocent people, Jenny (Margarita Levieva) is forced out of hiding to stop this villain or risk losing the family and new life she has built. Adam Glass (Supernatural, Criminal Minds: Beyond Borders, The Chi) serves as showrunner and executive producer. 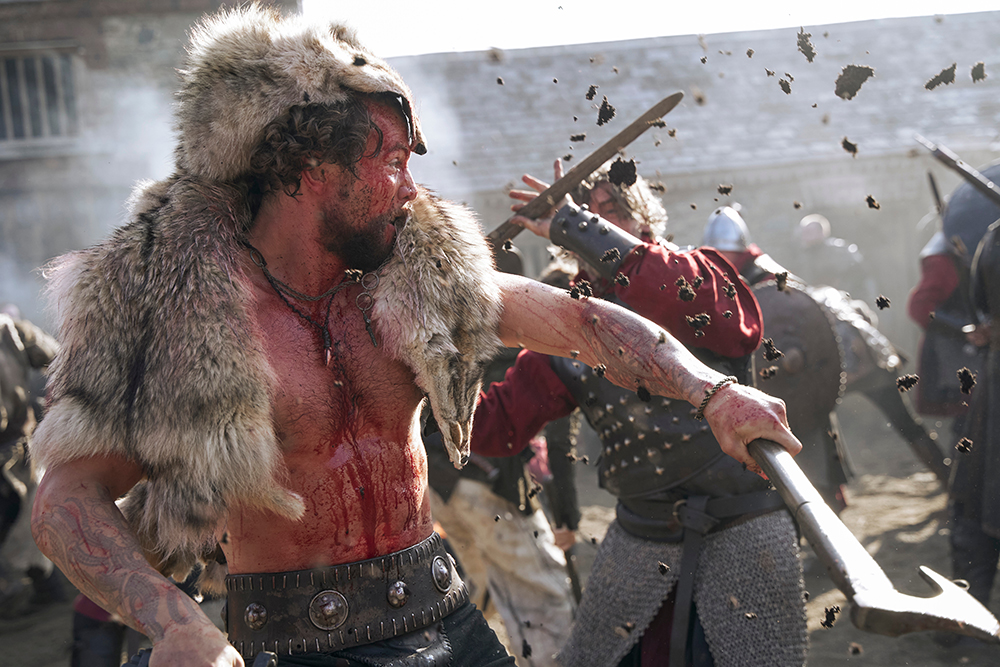 Vikings: Valhalla (February 25, 2022). Set over a thousand years ago in the early 11th century, Vikings: Valhalla chronicles the heroic adventures of some of the most famous Vikings who ever lived — the legendary explorer Leif Eriksson (Sam Corlett), his fiery and headstrong sister Freydis Eriksdotter (Frida Gustavsson), and the ambitious Nordic prince Harald Sigurdsson (Leo Suter). As tensions between the Vikings and the English royals reach a bloody breaking point and as the Vikings themselves clash over their conflicting Christian and pagan beliefs, these three Vikings begin an epic journey that will take them across oceans and through battlefields, from Kattegat to England and beyond, as they fight for survival and glory. Set over 100 years after the end of the original series, Valhalla is a new adventure that blends historical authenticity and drama with gritty, immersive action. 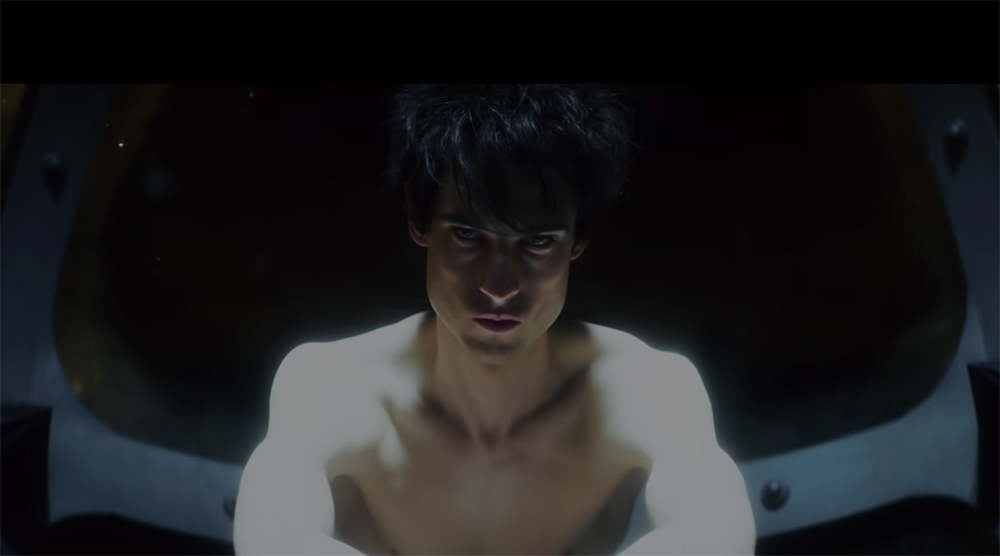 Fans can keep tabs on genre projects by following @NetflixGeeked.