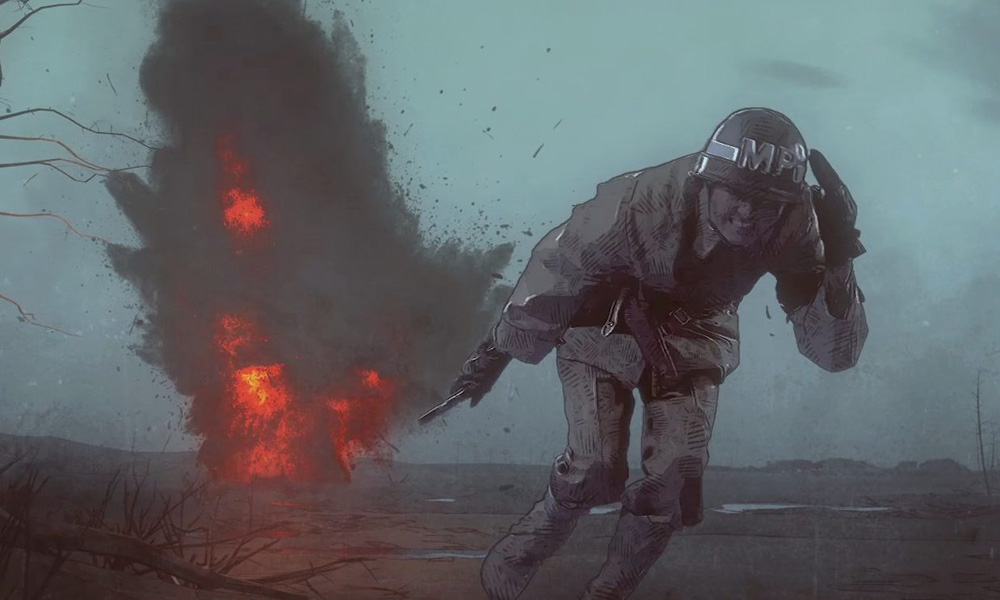 The Liberator, Netflix’s upcoming hybrid CG-live-action series about WW II has cast Bradley James (Merlin, Damien, Medicis) as its lead. Based on the book by Alex Kershaw, the four-part animated series is billed as the first project produced in Trioscope, a new enhanced animation technology that mixes CGI with live-action performance. It allows creators to tell a visually compelling story with rich detail in a way that conveys the human emotion and drama of the serious subject matter.

The series, which is created, written and executive produced by Jeb Stuart (Die Hard, The Fugitive) chronicles the battlefield adventures of maverick U.S. Army officer Felix Sparks (James) and his infantry unit as they fought for over 500 days to liberate Europe. The drama centers on Sparks and the 157th Infantry Regiment from Oklahoma, a National Guard unit composed primarily of cowboys, Native Americans and Mexican-Americans from the invasion of Italy to the liberation of the Dachau concentration camp.

Sparks is described as a cowboy from Arizona, who is a man of strength, compassion and conscience. During the course of over 500 days of combat, which saw Sparks rise from Second Lieutenant to Lt. Colonel—and the men under his command grow to over 10,000 — he continued to “lead from the front,” sharing their sacrifices and challenges.

The Trioscope technology was developed by Grzegorz Jonkajtys with School of Humans’ L.C. Crowley. The series will also be directed by Jonkajty.