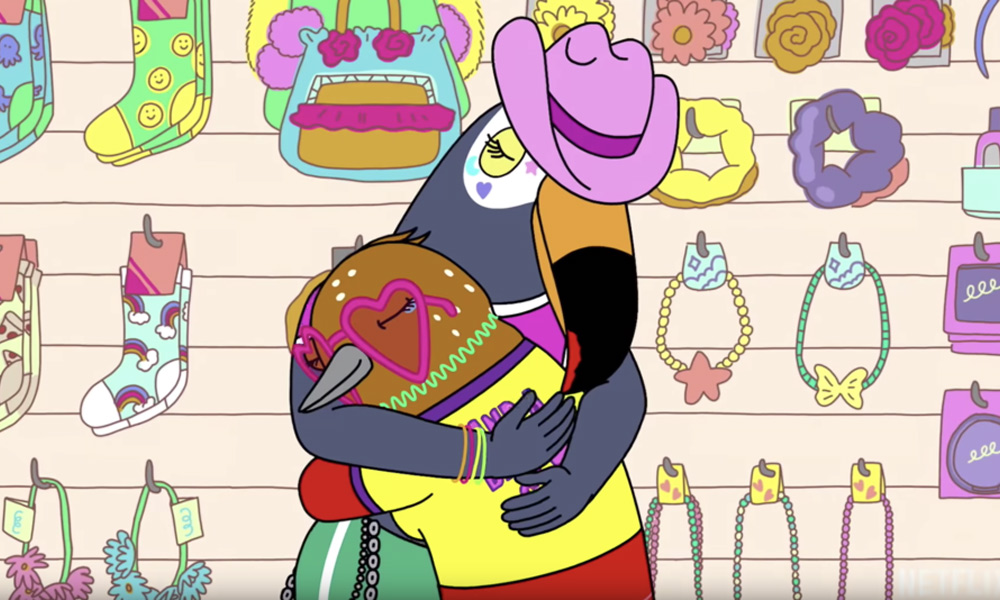 Netflix has announced that it will not be ordering additional seasons of Lisa Hanawalt’s colorful urban bird-women series Tuca & Bertie — currently the streamer’s only adult animated comedy original from a solo woman creator. The decision came down despite the show’s positive critical reception (100% Fresh on Rotten Tomatoes) and the outlet’s ongoing ramp up of its originals slate — including a huge push for animation.

A statement from Netflix read: “Lisa Hanawalt created a relatable yet whimsical world in Tuca & Bertie. We’re grateful to Lisa, and her fellow executive producers Raphael Bob-Waksberg, Noel Bright, Steven A. Cohen, and EPs/stars Tiffany Haddish and Ali Wong, along with all of the writers and animators for sharing the funny and dynamic female bird duo of Tuca and Bertie with the world. While Tuca & Bertie won’t have a second season, we’re proud to feature this story on Netflix for years to come.”

The project from Hanawalt and her BoJack Horseman colleagues stood out as an adult-targeted animation from a female creator, starring two women of color — but also as a contemporary, relatable “odd couple” comedy buoyed by Hanawalt’s vibrant and whimsical designs. The artist-animator told Hollywood Reporter in an interview in May:

“I wasn’t consciously thinking, ‘How do I make this more relatable to women?’ I was just writing stories from my own life, stories from my friends’ lives and things that I specifically haven’t seen in adult animation before. Like, that feeling when a plumber is in your apartment and you don’t know if he’s going to attack you or not. That’s really common for women.

“I’m horrified that it’s taken so long and so much work for more women to start being able to create animation, especially for adults. It just feels like the stars aligned and I was given the chance to do it, by sheer luck. But I’m hoping that more will get to do it, because there’s just so many experiences that we aren’t seeing reflected, and representation really matters.”

Netflix’s other mature auds toon with a woman creator, raunchy coming-of-age comedy Big Mouth, has been renewed for a third season. It is created by Nick Kroll, Andrew Goldberg, Mark Levin and Jennifer Flackett.