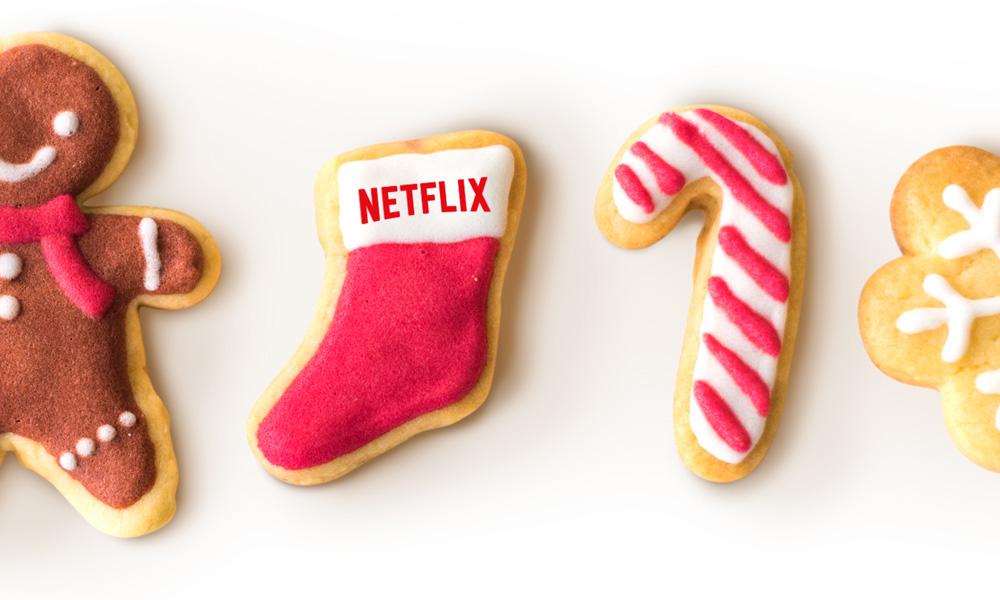 Netflix Here for the Holidays

The days are growing colder, and the Netflix lineup is heating up with 28 seasonal additions slated for Netflix Here for the Holidays, including 11 festive films, six series that sleigh and five tinseled toons to delight the whole family. The animated projects stuffing the streaming stocking this year include:

November 23
Waffles + Mochi’s Holiday Feast | Waffles and Mochi are home for the holidays in the Land of Frozen Food when Steve the Mop calls asking about their holiday traditions. Overeager as always, Waffles makes up a holiday — Freezie Day — and says it is all about the food! Steve invites himself (and all their friends from the grocery store) over to celebrate, but Waffles and Mochi have nothing to feed their guests at this impromptu party. Mochi ventures out on MagiCart to gather food for the party while Waffles distracts the guests at home. Hijinks ensue (along with trips to Norway and Hawaii!). In the end, Waffles and Mochi learn that holiday traditions are about much more than food — they’re about being together and making memories with the people you love. 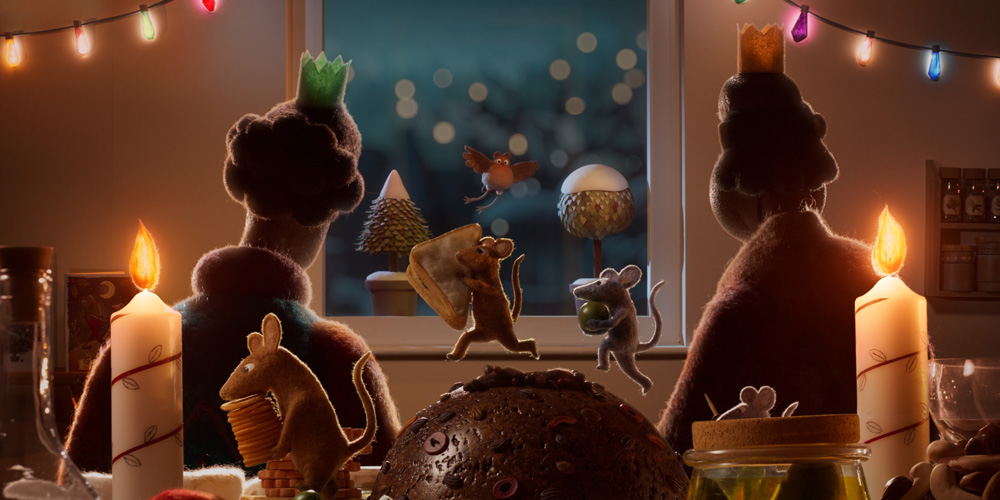 November 24
Robin Robin | A stop-motion holiday musical special from Aardman. When her egg fortuitously rolls into a rubbish dump, Robin is raised by a loving family of mice. As she grows up, her differences become more apparent. Robin sets off on the heist to end all heists to prove to her family that she can be a really good mouse — but ends up discovering who she really is. 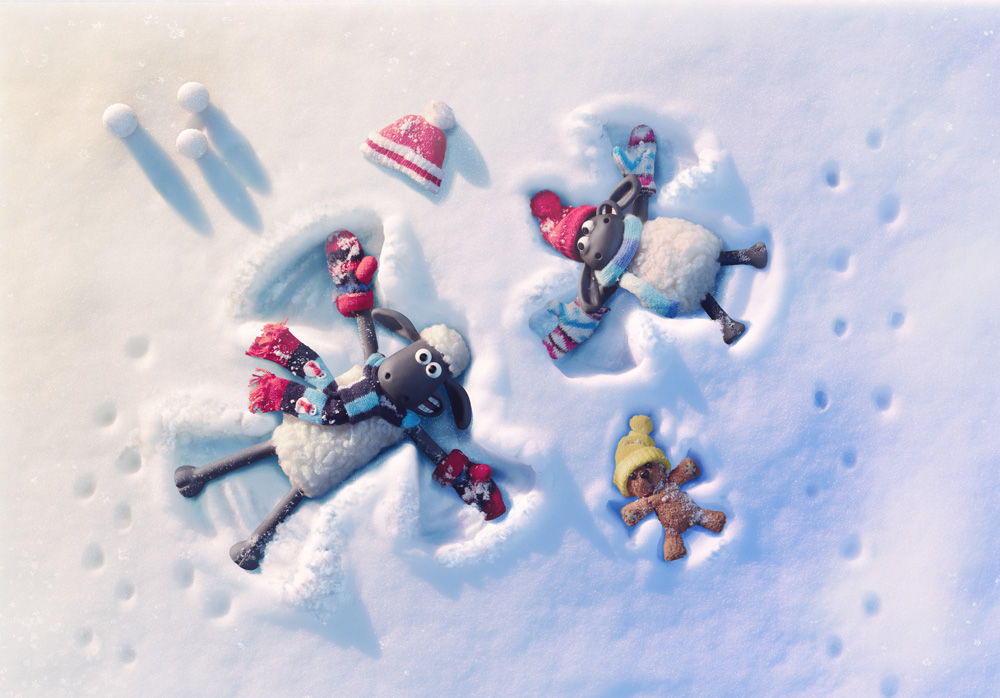 December 3 (excluding UK)
Shaun the Sheep: The Flight Before Christmas (worldwide exc. U.K.) | In this 30-minute special from Aardman, the world’s favourite sheep stars in his very own winter’s tale. Shaun’s seasonal excitement turns to dismay when a farmhouse raid to get bigger stockings for the Flock inadvertently leads to Timmy going missing. Can Shaun get Timmy back before he becomes someone else’s present? Prepare for a ‘Santastic’ adventure as everyone learns the true value of Christmas!

Directed by Steve Cox; written by Giles Pilbrow, based on a story by Pilbrow and Mark Burton; produced by Richard Beek.

December 14
StarBeam: Beaming in the New Year | When all of StarBeam’s greatest enemies team up on New Year’s Eve, Zoey trains her cousin Zane to be the next super hero in the family. 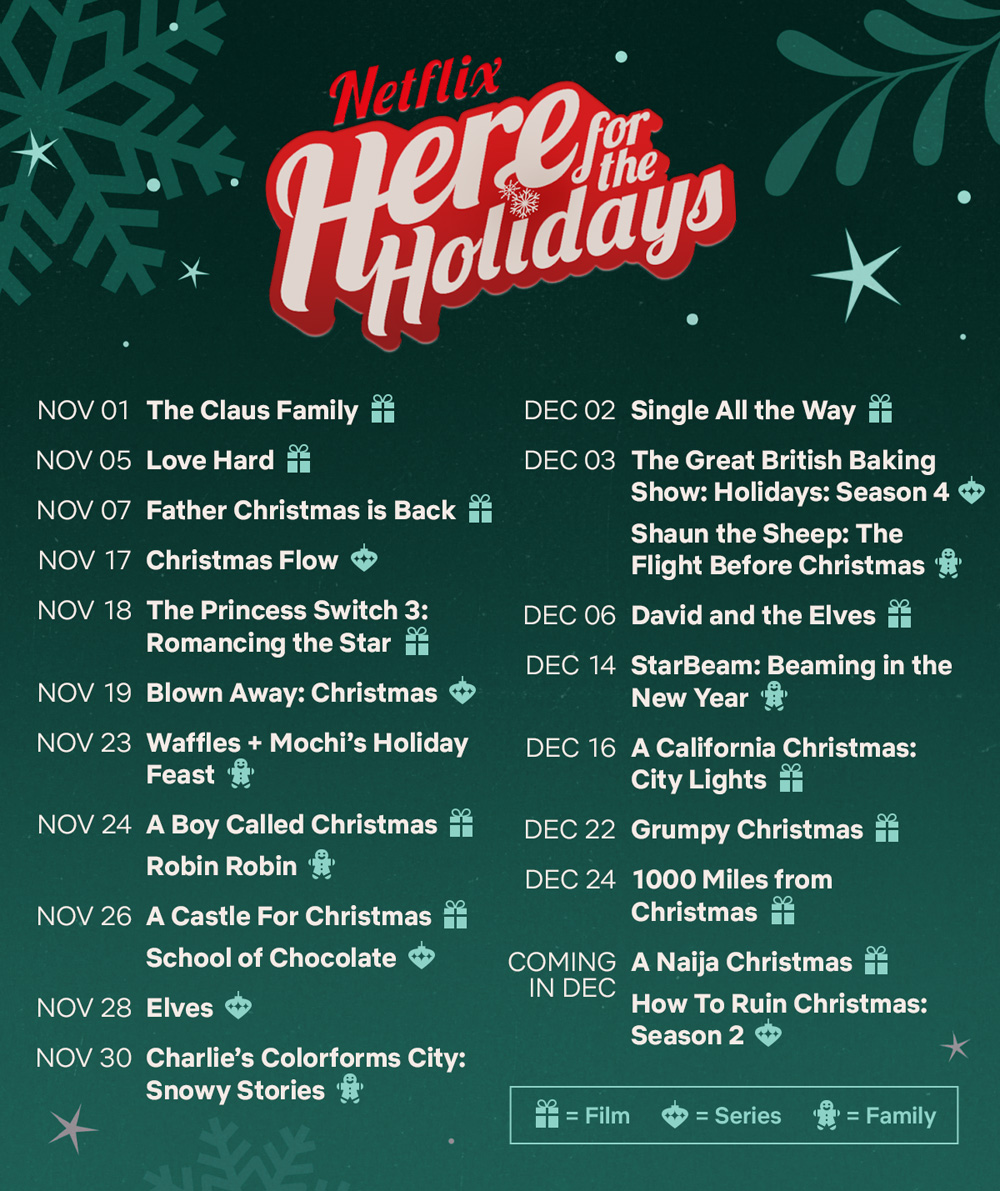 Netflix Here for the Holidays Calendar