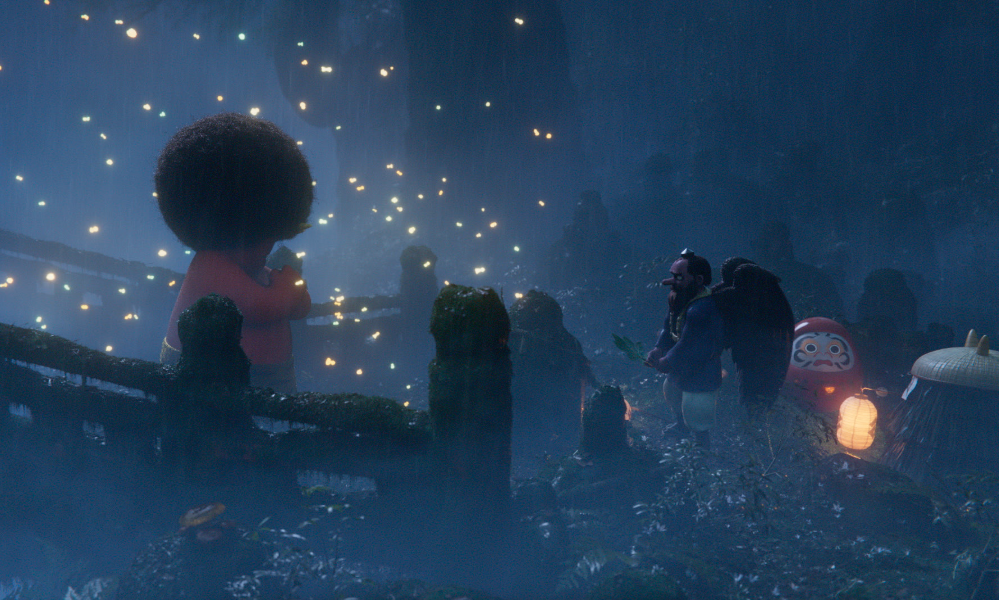 This morning, fans of Netflix’s artisinal animated projects were treated to the teaser trailer debut for ONI: Thunder God’s Tale as well as the reveal of the Tonko House project’s stellar voice cast. Crafted in stop-motion-styled CGI, the four-episode event series comes from creator & showrunner Dice Tsutsumi (The Dam Keeper).

“The story of a brave girl caught between two worlds divided is, at its core, not only a very personal story for me, but one that’s become personal for everyone involved including our absolute dream cast,” Tsutsumi shared. “Every one of these incredible talents from our dream list accepted with such passion and empathy for the story, and collaborating with them has been equally humbling and inspiring. They’ve given souls to our characters and unparalleled performances for our animators.”

Synopsis: In a world filled with the oddball gods and monsters of Japanese mythology, one of the creature’s free-spirited daughters, Onari, is determined to follow in the footsteps of the mighty heroes of lore, but her unique powers are yet to be revealed. Does she have what it takes to fight to protect her peaceful village from the encroaching threat of the gods’ mysterious enemies, the “Oni”?

A release date for ONI is to be announced, so stay tuned!