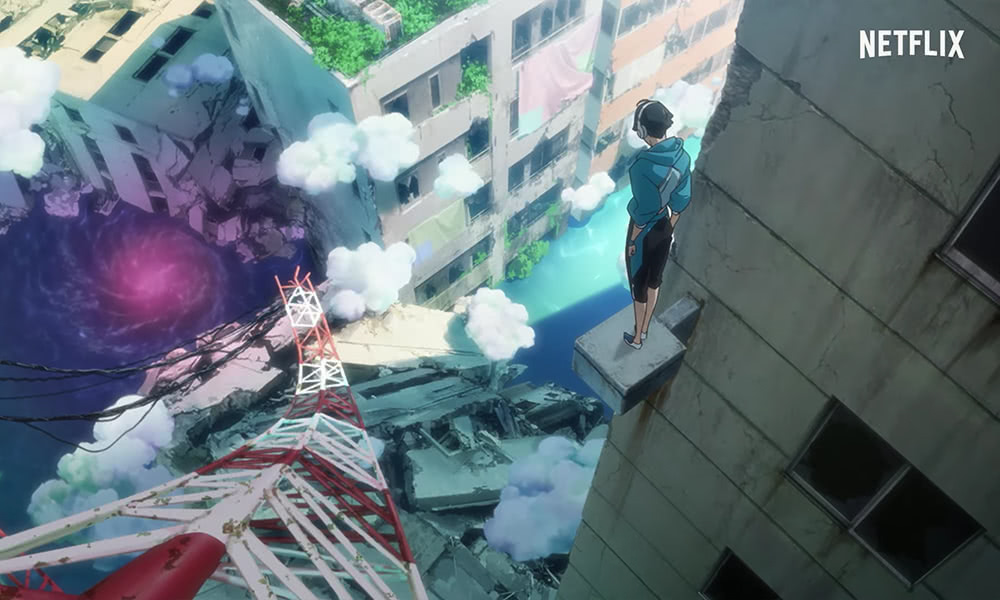 A new anime original will be introducing Netflix viewers to a colorful twist on a post-apocalypse next year in Bubble, premiering April 28, 2022. The thrilling new feature takes place in an alternate Tokyo where the laws of gravity have been broken due to bubbles that manipulate this force of nature. The official teaser debuted today, offering a first look at this curious action flick.

Bubble brings together some of the most popular and talented creators, featuring director Tetsuro Araki and WIT Studio, the forces behind the hugely popular Attack on Titan anime. The movie features a screenplay by Gen Urobuchi (Puella Magi Madoka Magica), character designs by Takeshi Obata (Death Note) and music by Hiroyuki Sawano (Promare).

“I’ve been working on this project quietly for many years, but I’m happy to finally unveil it,” said Araki. “I did what I’m best at to the best of my ability alongside many familiar faces. A lot of exciting pictures have surfaced. I hope you enjoy what we’ve created! While it will definitely feature exhilarating action and beautiful background art, I hope that I can also take everyone to even more unexpected places this time. I can’t wait to share it with everyone!”

Urobuchi added, “It all started with wanting to make something interesting with Mr. Araki. I thought about playing around with a typical mermaid story: Instead of a girl ending up as bubbles after falling in love, why not have a bubble fall in love and transform into a girl? With this idea in mind, we put together a really great team, starting with Mr. Obata. It was an exciting experience where we had all these ‘bubbles’ coming together to create a giant ‘wave.’”

The story is set in Tokyo, after bubbles that broke the laws of gravity rained down upon the world. Cut off from the outside world, Tokyo has become a playground for a group of young people who have lost their families, acting as a battlefield for parkour team battles as they leap from building to building. Hibiki, a young ace known for his dangerous play style, makes a reckless move one day and plummets into the gravity-bending sea. His life is saved by Uta, a girl with mysterious powers who appears suddenly. The pair then hear a unique sound audible only to them. Why did Uta appear before Hibiki? Their encounter leads to a revelation that will change the world. 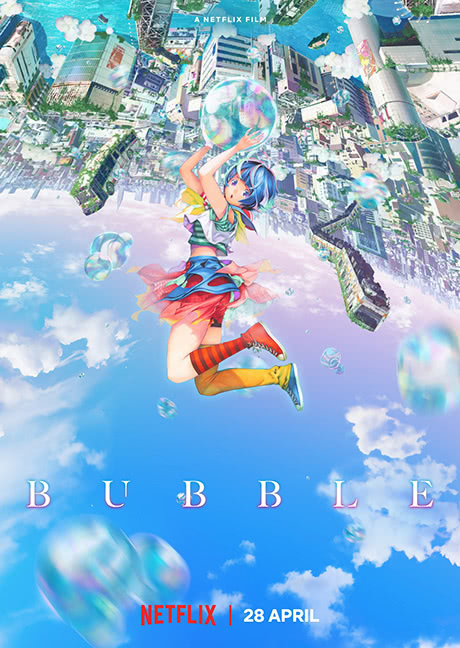