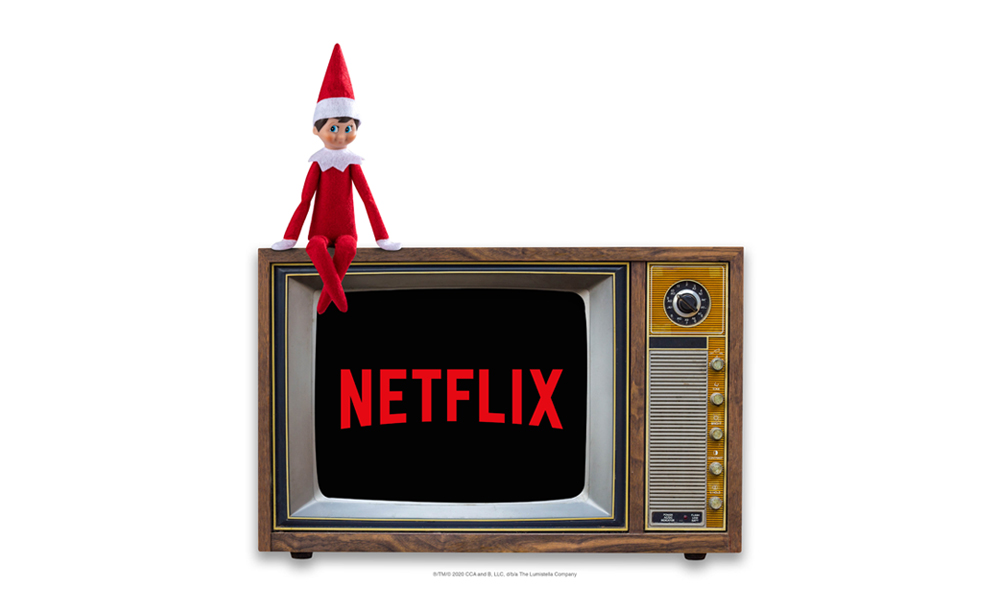 Netflix will be bringing joy to their customers through a new partnership with The Lumistella Company, home to the perennial best seller The Elf on the Shelf: A Christmas Tradition, The streamer has acquired AV rights to develop original stories from the company’s entire portfolio of brands; including but not limited to: The Elf on the Shelf, Elf Pets and Elf Mates. The news was announced with a festive poem which you can read below.

Netflix will develop engaging original content — live action and animated — in partnership with the creators of the beloved Christmas classics, for preschool audiences as well as for family audiences through both series and film. Vertigo Entertainment’s Roy Lee (The LEGO Movie, How to Train Your Dragon) and Miri Yoon will serve as producers on all “The Elf on the Shelf” content.

“The Elf On The Shelf” creators Chanda Bell, Christa Pitts and Carol Aebersold will remain involved and serve as producers and executive producers on upcoming films and shows.

“We are thrilled to be partnering with Netflix to create immersive and engaging original stories of Santa’s North Pole while providing heartfelt family-entertainment to fans all over the world,” said Bell, Co-CEO and Chief Creative Officer of The Lumistella Company. “We are also pleased that fans in North America don’t have to wait to delve into the world of The Elf on the Shelf and their friendly Elf Pets, with the streaming giant carrying our newest animated Elf Pets titles this Christmas. We relish the opportunity to collaborate with Netflix to bring joyful family moments to life. This moment is a dream come true.”

‘Twas early October and the crew at Netflix
were already keen for a holiday fix.
Though some said, “Too early! It’s too warm to care,”
the crew knew a special guest soon would be there.
No longer a secret to keep for themself…
What’s heading to Netflix? The Elf on the Shelf!
Throughout the North Pole, the work has begun
on series, and movies, and specials to run.
Animation… live action… both will appear
to deliver the world some holiday cheer.
In Tokyo. In Mumbai. From Montreal to Rome.
On a plane, on a train or in the comfort of home.
Whatever the name that you’ve given your elf,
soon Scout Elves will stream from Netflix’s shelf!
Santa’s own press room was quick to provide
a glimpse of what’s coming, and stated with pride:
“We’re thrilled to share stories of our North Pole friends,
bringing tales from the region where joy never ends!
The Elf Pets, our pals, will join us, of course!
You’ll get brand-new stories, straight from the source!
Our love for the world will be easy to see,
you’ll soon hear us sing in Italian, Thai and Hindi.
While we’re hard at work creating more stories and cheer,
there’s two Elf Pets specials on Netflix this year!”
Continue Reading