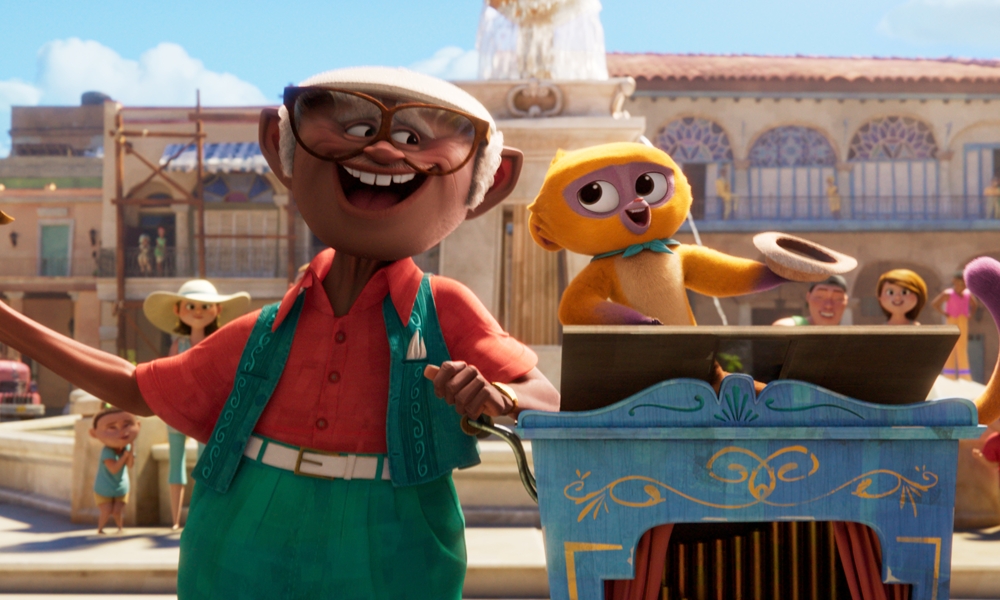 Sony Pictures Animation’s debut musical project Vivo has been picked up by Netflix, with the streamer licensing all global rights (excluding China). The film had previously been slated for a theatrical release on June 4; a streaming premiere date is yet to be announced. The Vivo deal was reported by Deadline ahead of this morning’s summer slate preview reveal from Netflix. New debut dates and first-looks were revealed for several additional animated features — read on to learn more!

Directed by Oscar nominee Kirk DeMicco (The Croods), co-directed by Brandon Jeffords (head of story, Smurfs: The Lost Village, Cloudy with a Chance of Meatballs 2) and featuring original songs by Hamilton and In the Heights creator Lin-Manuel Miranda, Vivo follows a one-of-kind kinkajou (a rainforest “honey bear”) voiced by Miranda, who spends his days playing music to the crowds in a lively Havana square with his beloved owner Andrés (Juan de Marcos González). When tragedy strikes, Vivo must set out from Havana to Miami to deliver a song to his owner’s long-lost love (Gloria Estefan), with the help of an offbeat tween (Ynairaly Simo). The film is written by DeMicco and Pulitzer Prize winner Quiara Alegría Hudes (In the Heights). 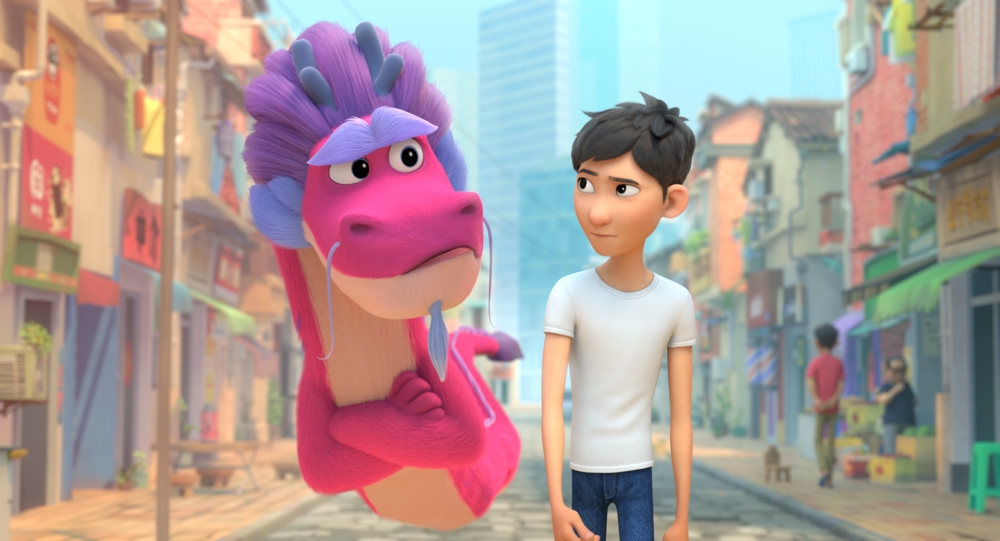 Wish Dragon | June 11
In Sony Pictures Animation’s Wish Dragon, Din (voiced by Jimmy Wong), a working-class college student with big dreams but small means, and Long (John Cho), a cynical but all-powerful dragon capable of granting wishes, set off on a hilarious adventure through modern day Shanghai in pursuit of Din’s long-lost childhood friend, Lina (Natasha Liu Bordizzo). Their journey forces them to answer some of life’s biggest questions – because when you can wish for anything, you have to decide what really matters.

America: The Motion Picture | June 30
In this wildly tongue-in-cheek animated revisionist history, a chainsaw-wielding George Washington (voiced by Channing Tatum) assembles a team of rabble rousers — including beer-loving bro Sam Adams, famed scientist Thomas Edison, acclaimed horseman Paul Revere (Bobby Moynihan) and a very pissed off Geronimo (Raoul Max Trujillo) — to defeat Benedict Arnold and King James (Simon Pegg) in the American Revolution. Who will win? No one knows, but you can be sure of one thing: these are not your father’s Founding… uh, Fathers. 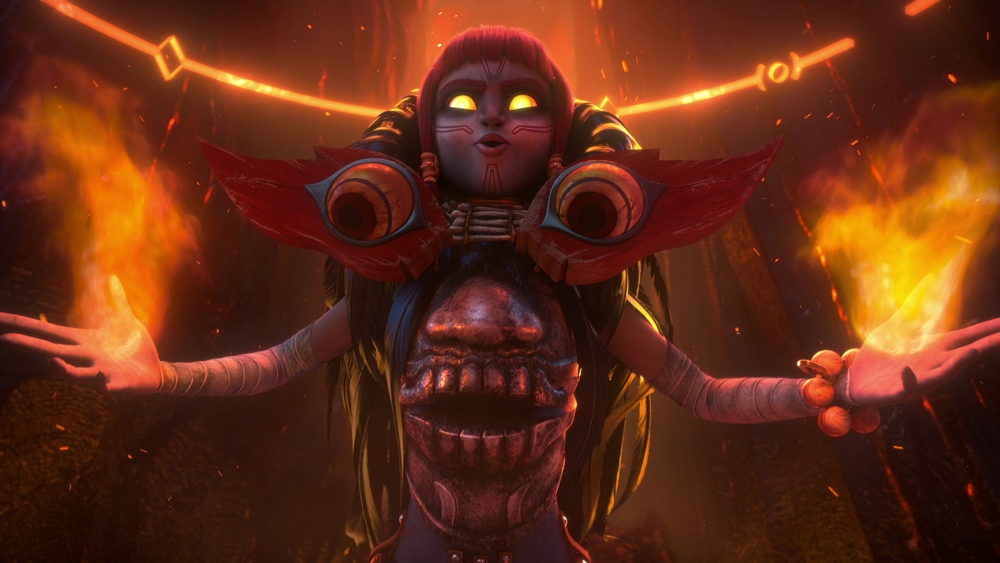 Trollhunters: Rise of the Titans | July 2021
In DreamWorks’ Trollhhunters: Rise of the Titans, Arcadia may look like an ordinary town but it lies at the center of magical and mystical lines that makes it a nexus for many battles among otherworldly creatures including trolls, aliens and wizards. Now the heroes from the hit series Trollhunters, 3Below and Wizards, team-up in their most epic adventure yet where they must fight the Arcane Order for control over the magic that binds them all. 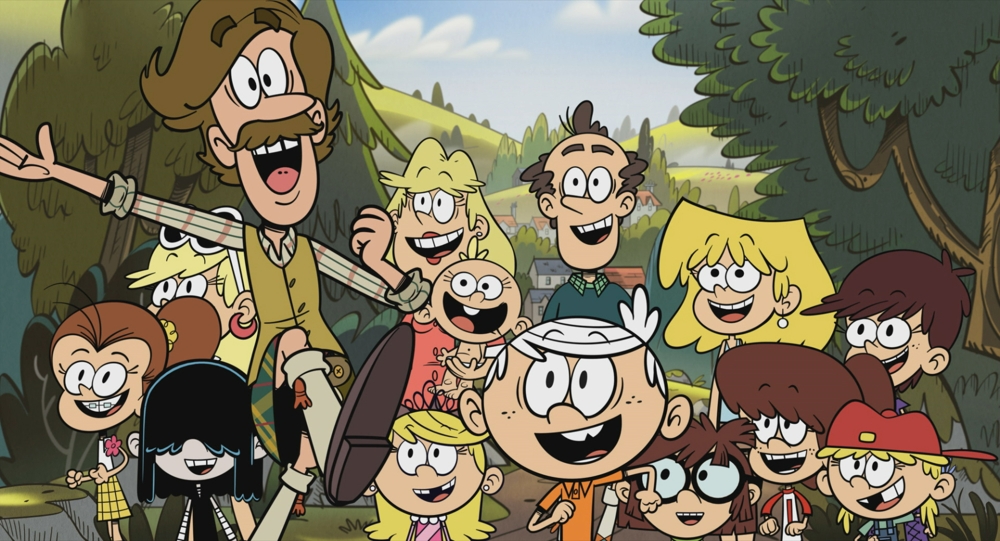 The Loud House Movie | Summer 2021
In Nickelodeon’s much-anticipated The Loud House Movie, the biggest family on television goes on the biggest Loud family vacation ever! The adventure follows the Loud family to Scotland where they discover that they are descendants of Scottish royalty. The family quickly indulges in the most wish-fulfilling high-life ever when they discover their ancestral home is a castle. 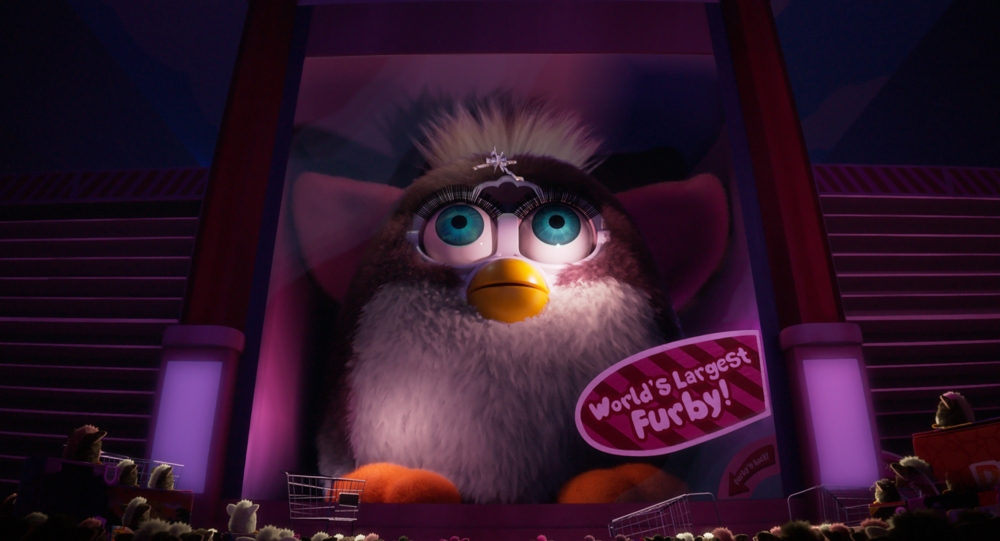 … And of course, Sony Pictures Animation’s The Mitchells vs. the Machines premieres this Friday, April 30. Directed by Mike Rianda from a screenplay he wrote with fellow Gravity Falls veteran Jeff Rowe, the pic has already picked up favorable reviews from critics ahead of its long-awaited debut.

The Mitchells vs. the Machines is an animated action-comedy about an ordinary family who find themselves in the middle of their biggest family challenge yet…saving the world from the robot apocalypse. No big deal, right? It all starts when creative outsider Katie Mitchell (voiced by Abbi Jacobson) is accepted into the film school of her dreams and is eager to leave home and find “her people,” when her nature-loving dad (Danny McBride) insists on having the whole family drive her to school and bond during one last totally-not-awkward-or-forced road trip. But just when the trip can’t get any worse, the family suddenly finds itself in the middle of the robot uprising! Everything from smart phones, to roombas, to evil Furbys are employed to capture every human on the planet. Now it’s up to the Mitchells, including upbeat mom Linda (Maya Rudolph), quirky little brother Aaron (Rianda), their squishy pug, Monchi (Doug the Pug), and two friendly, but simple-minded robots (Fred Armisen and Beck Bennett) to save humanity.