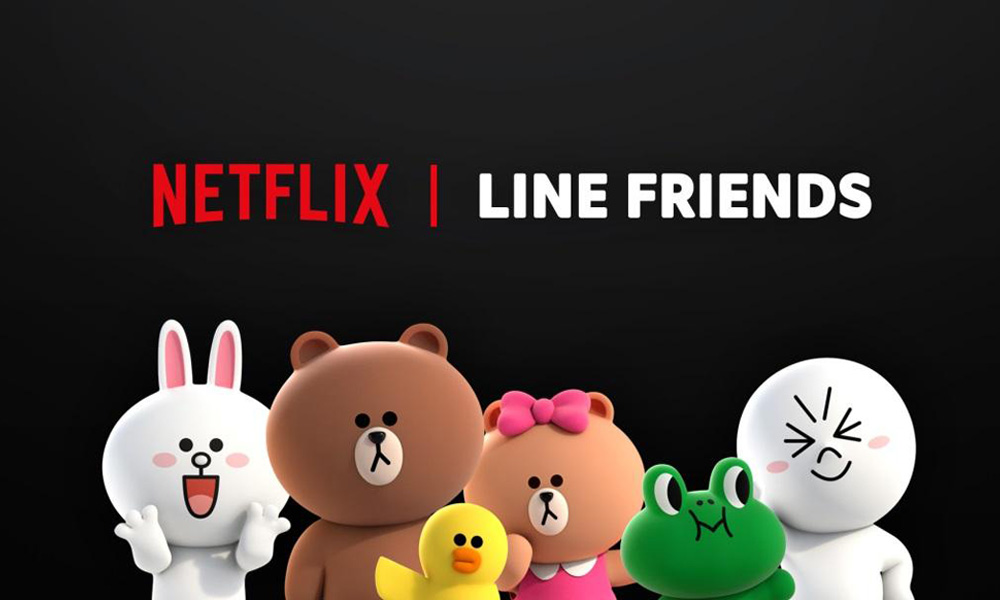 Netflix has announced that the globally loved “Brown & Friends” characters from South Korea’s Line Friends will be expanded into a whole new world of storytelling in a new Netflix original animated series.

The series will be a non-verbal, slapstick comedy that centers on a diverse set of characters who are friends and neighbors living in the same town. Created in CG animation, the Netflix/Line Friends collaboration will invite audiences of all ages into the world of memorable characters, including Brown, Cony, Sally, Moon, James and others.

“The band of adorable Brown & Friends characters has been a part of many fans’ daily lives since they created as stickers on Line mobile messengers, and now we’re excited to develop the expanded world for screens of all kinds to delight new audiences everywhere on Netflix,” said Aram Yacoubian, Director of Original Animation at Netflix.

“Based on unparalleled creative capabilities, Line Friends has produced diversified content with its popular IPs, including videos, animations and games that millennials and Gen Z love,” said KD Kim, Vice President at Line Friends. “With an original animated series on Netflix, Line Friends will enhance its competitiveness in global content, and strengthen its presence in the entertainment industry, as well as its position as both a global creative studio and a producer of high-quality content.”

Los Angeles-based Kickstart Entertainment is a co-producer on the series. More details will be announced at a later date.

Netflix Animation supports the global community of storytellers and is building a rich slate of original animated content across all genres, tones, and techniques. In Korea, Netflix has worked with Korean creators to produce Larva Island and YooHoo to the Rescue! for kids and families. The entertainment streaming service also recently released its original family animated feature film Klaus by Sergio Pablos in Spain, a kids animated series Dino Girl Gauko from Japan, and an adult animated film I Lost My Body by Jérémy Clapin in France.