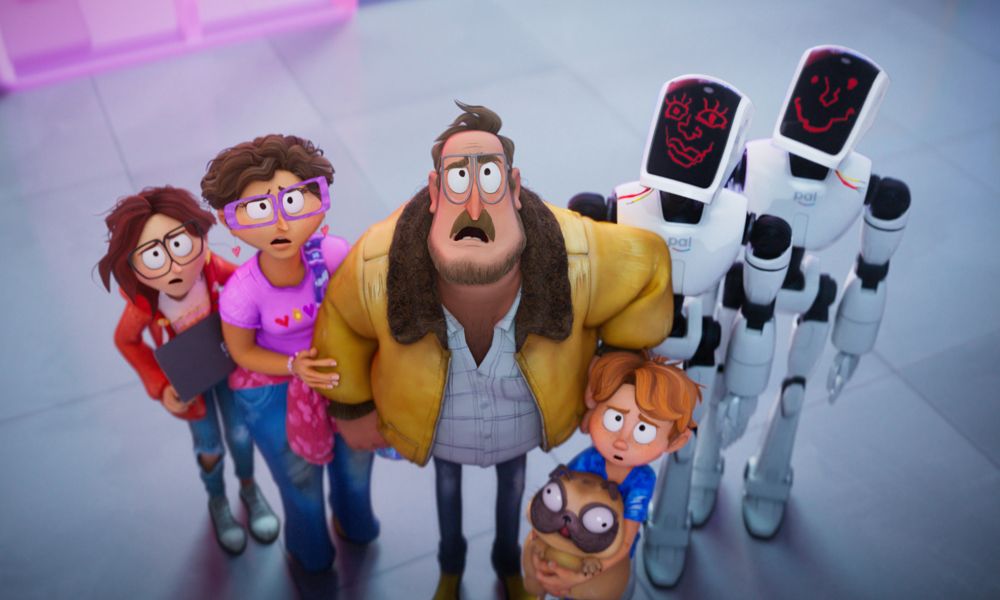 Having picked up the original comedy-adventure from Sony Pictures Animation earlier this year, Netflix has set the “robot apocalypse” for April 30, when Mike Rianda’s The Mitchells vs. the Machines arrives! The premiere was announced by @NetflixFilm on Twitter, along with a raft of additional voice stars.

Synopsis: When Katie Mitchell (voiced by Abbi Jacobson), a creative outsider, is accepted into the film school of her dreams, her plans to meet “her people” at college are upended when her nature-loving dad Rick (Danny McBride) determines the whole family should drive Katie to school together and bond as a family one last time. The film also stars Maya Rudolph as mom Linda, Mike Rianda as little bro Aaron, Eric André as tech visionary Mark Bowman, Olivia Colman as AI assistant PAL, Blake Griffin and Doug The Pug and Monchi.

The Mitchells vs. the Machines is directed by Rianda and co-directed by Jeff Rowe, from a screenplay by Rianda and Rowe. Oscar winners Phil Lord and Christopher Miller (Spider-Man: Into the Spider-Verse) and Kurt Albrecht produced the film; Will Allegra, Louis Koo Tin Lok executive produced.

Read all about The Mitchells vs. the Machines in our feature story in the May issue of Animation Magazine, coming soon!