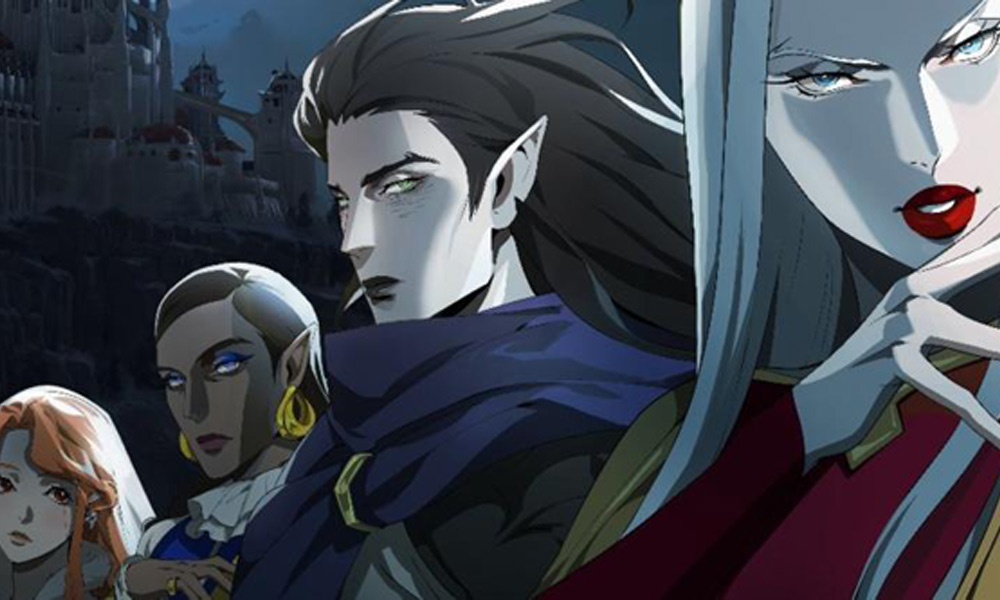 Every little new tidbit is enough to drive Castlevania fans insane. That’s why it social media was buzzing with the news that Netflix had revealed the first image from the much-anticipated third season of the series.

The new header image of the show showcases four characters, of which only one is recognizable as Carmilla (the character on the far right in the image). Voiced by Jaime Murray, Carmilla is one of the main antagonists of the second season (and a recurring boss from the video game upon which the popular series is based). No word yet about the identity of the three other characters or their loyalties in the show.

Netflix confirmed the 10-episode third season after the debut of Season Two, and it’s known that the show’s director Sam Deats, writer/executive producer Warren Ellis, and executive producers Adi Shankar, Fred Seibert, and Kevin Kolde are all returning. Season Three is scheduled to consist of 10 episodes. The new season must be dropping soon since Texas-based studio Powerhouse Animation also teased the highly-anticipated season premiere on its website earlier this month.

The official synopsis of the show reads, “Trevor Belmont, last survivor of his house, is no longer alone, and he and his misfit comrades race to find a way to save humanity from extinction at the hands of the grief-maddened Dracula and his sinister vampire war council.”

The voice cast includes Richard Armitage as Trevor Belmont, James Callis as Alucard, Graham McTavish as Dracula, Alejandra Reynoso as Sypha Belnades, Matt Frewer as The Bishop and Emily Swallow as Lisa Tepes. The show’s music is by Trevor Morris.