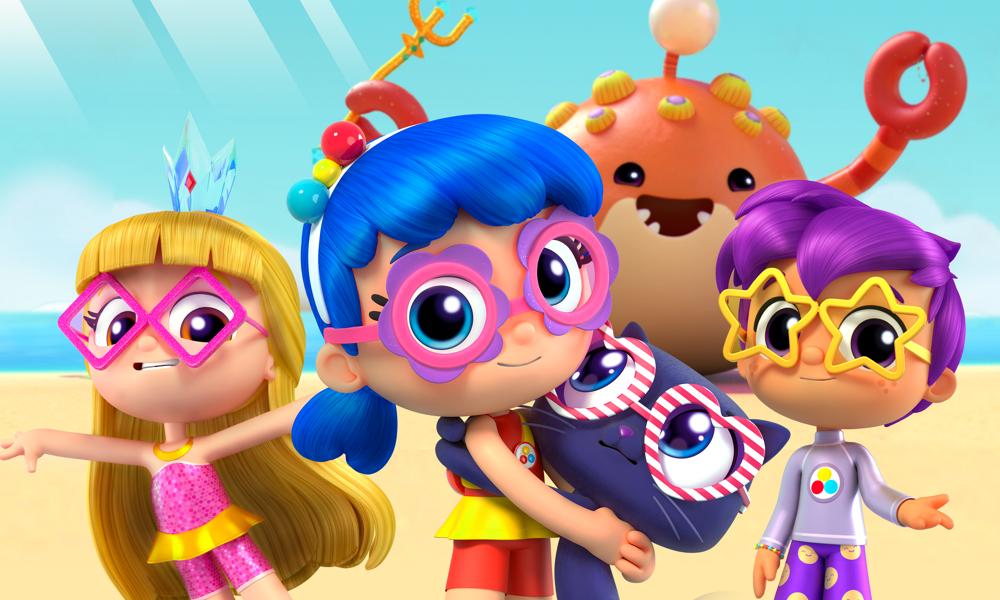 Guru Studio is pleased to share today that its hit preschool series True and the Rainbow Kingdom is returning to Netflix on September 1 with a brand new special, TRUE: Friendship Day.

When a giant Grippity-Grab snags Grizelda’s friendship bracelet and turns her into a mermaid, True and her magical wishes must head under the sea to save the day! The 22-minute special is packed with laughs, underwater adventure and encourages children to explore the TRUE meaning of friendship.

True and the Rainbow Kingdom first launched on Netflix in 2017, and is now premiering on linear TV around the world. On YouTube, the series has reached over 350 million views! The show’s GIPHY page now boasts over 2 billion shares. The series was also recently nominated for a 2020 Daytime Emmy Award for Outstanding Directing for a Preschool Animated Program.

Consumer products including storybooks, activity books, costumes and plush are all available now on Amazon.

The series is produced by Guru Studio (PAW Patrol, Abby Hatcher, Justin Time, The Breadwinner), based on the artwork of FriendsWithYou and is executive produced by world-renowned artist Pharrell Williams.