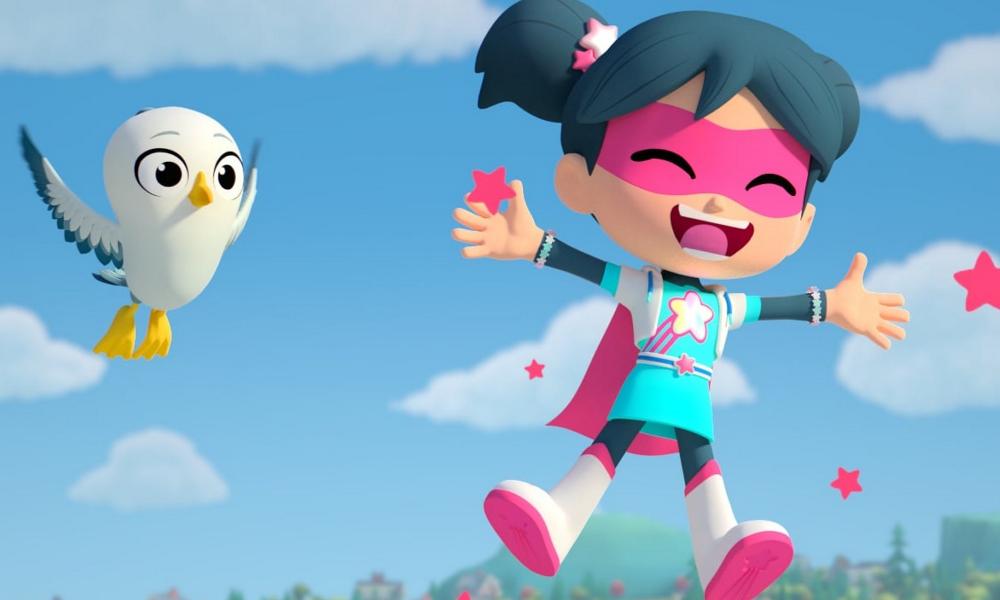 StarBeam, the new Netflix Original series that follows eight-year-old Zoey as she confronts the conflicts of second grade, has arrived to deliver the power of positive screentime. The CG-animated series was created by Kickstart Entertainment in response to a lack of children’s content with female heroines, uplifting inclusive storytelling through a character made unique by superpowers that include flying, strength and shooting bubbles to take down villains and save the day — every day.

“StarBeam celebrates and empowers young girls onscreen,” said co-creator and executive producer, Loris Kramer Lunsford. “Pint-sized Zoey may be small, but she has the power to make a difference, and when she transforms into StarBeam she’s unstoppable.”

Kickstart Entertainment co-founder, Heather Puttock, who produced StarBeam added, “We are aware that there isn’t enough diversity in children’s content, and have made it our number one priority to change that. Onscreen characters exert a huge influence on kids’ values and self-esteem, so we’re thrilled to introduce them to Zoey and StarBeam.”

StarBeam is inclusive behind the camera, too. The show’s production team was staffed by a majority of women, non-binary individuals and people of color. Extra consideration to issues of inclusivity was given by co-creators Loris Kramer Lunsford and Jason Netter, who is also the producer and chief operating officer of the Bentonville Film Festival — which was founded by Geena Davis and strives to address the issue of female underrepresentation in film and television.

“StarBeam is a testament to the changes happening in animation and the entertainment industry at large, where women are increasingly visible as dynamic heroines, leaders and content creators both on and off screen,” said Netter, also Kickstart Entertainment co-founder.