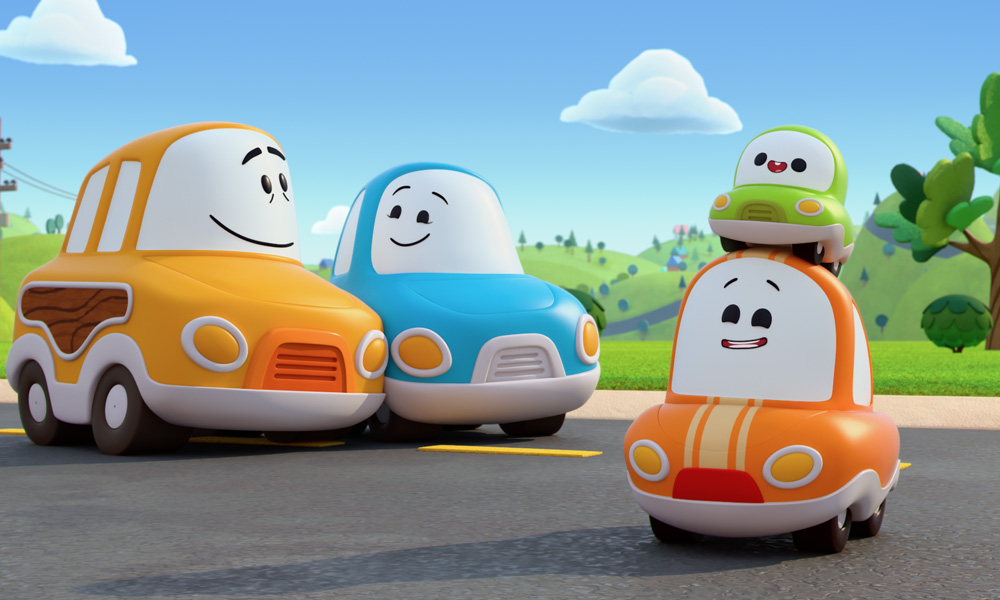 Netflix has entered into a multi-year overall agreement with Kuku Studios, under which its key members — Alex Woo, Stanley Moore, Tim Hahn and Erik Benson — will exclusively produce animated films and series for Netflix members worldwide. These artists’ credits include Ratatouille, WALL-E, Toy Story 3, Monsters University and Finding Dory, among others.

Kuku Studios’ first project for Netflix is the upcoming Go! Go! Cory Carson, a preschool series based on the hit toy line Go! Go! Smart Wheels from VTech Electronics, which launches on Netflix early in 2020. Their first (yet untitled) animated feature film with Netflix, which explores the power and magic of dreams, has been greenlit and will be produced out of Kuku’s Berkeley, Calif.-based studio.

“With Go! Go! Cory Carson, the creative team at Kuku proved that they can bring their vast cinematic experience into the preschool realm, and the result is a breathtaking show that we can’t wait to share with children and families around the world on Netflix,” said Melissa Cobb, Vice President of Original Animation for Netflix. “A lot of what’s in our creative DNA at Netflix is shared with Kuku, and Alex, Stanley and Tim have for years honed their ability to tell timeless stories about beloved characters in visually innovative ways. We can’t wait to see what they do next!”

Kuku Studios Founder & CEO Alex Woo commented, “We are thrilled to partner with Melissa Cobb, Dominique Bazay, Gregg Taylor and the rest of the Netflix team. Our mission at Kuku is to enrich people’s lives with stories that not only delight and entertain, but also inspire audiences to grow. Stories have been a vessel for wisdom across every generation and culture, and we are excited to add to the world’s rich collection. With Netflix’s emphasis on quality and their global reach, we can’t think of a better partner to craft our stories with.”

Go! Go! Cory Carson stars Cory, a little kid car with an engine that runs on fun! Cory and his family live in the town of Bumperton Hills, a charming neighborhood filled with characters of all different makes and models. While navigating the winding roads of childhood, Cory’s eager and playful spirit sometimes veers him off course. Luckily his friends and family are always there to get Cory back on track!

The series joins a robust lineup of Netflix original animated series for kids of all ages, which includes Mighty Little Bheem and Ask the Storybots, as well as upcoming titles such as Dragons: Rescue Riders from DreamWorks Animation, Dino Girl Gauko from Akira Shigino, Kid Cosmic from Craig McCracken, Trash Truck from Max Keane, City of Ghosts from Elizabeth Ito, Centaurworld from Megan Nicole Dong, Maya and the Three from Jorge Gutierrez, Battle Kitty from Matt Layzell and Mama K’s Team 4 from Zambian writer Malenga Mulendema.

Netflix’s growing slate of feature animated films for families kicks off this November with Klaus, with The Willoughbys, Over the Moon and yet to be announced titles set for 2020.