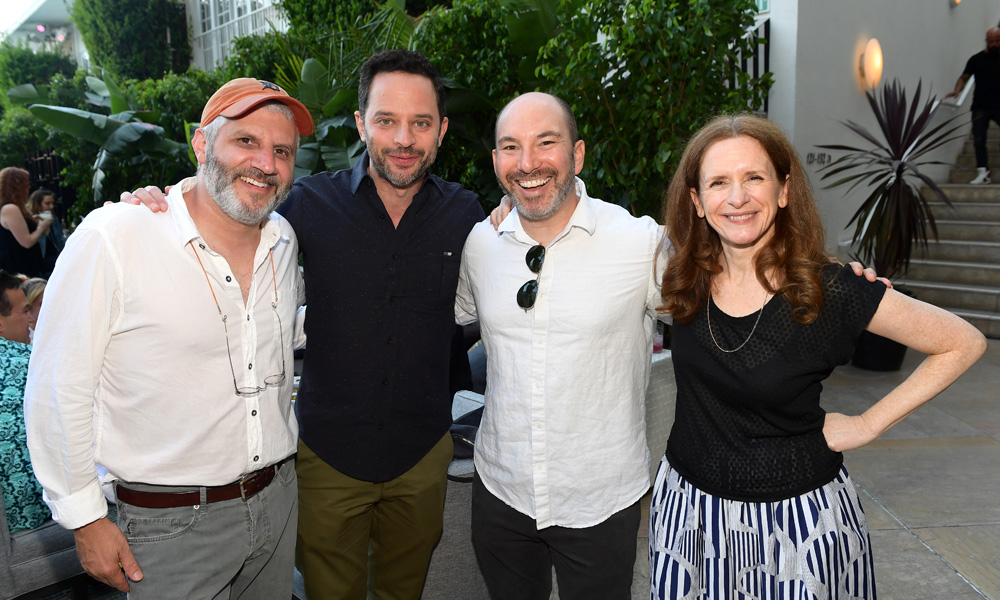 Netflix has signed Brutus Pink, the newly formed animation production company from Nick Kroll, Andrew Goldberg, Mark Levin and Jennifer Flackett — the creative team behind Big Mouth — to a multi-year deal to produce animated series and films for its members worldwide. The four creators are set to receive an award for comedy writers of the year at Montreal’s Just For Laughs international comedy festival this coming weekend.

#BigMouth has been renewed for THREE more seasons!

A hit with fans and critics alike, Big Mouth is an Emmy-nominated adult animated comedy about the glorious nightmare that is puberty. Inspired by Kroll and Goldberg’s childhood, it follows a group of friends and their “hormone monsters” as they navigate adolescence, human sexuality, and coming of age. Season 3 returns this fall, and under the new deal Netflix has greenlit three more seasons.

“Big Mouth brilliantly captures the most awkward phase in a person’s life, puberty, in a hilarious yet heartwarming way,” said Mike Moon, Head of Adult Animation for Netflix. “We couldn’t be more excited to continue our relationship with Brutus Pink and bring more stories, more humor, and more hormones to Netflix members around the world.”

“Netflix has given us the best creative experience imaginable, and we’ve been able to build an amazing community of talented writers, actors, producers and artists. We’re thrilled to be continuing with everyone for years to come,” said the Brutus Pink team.