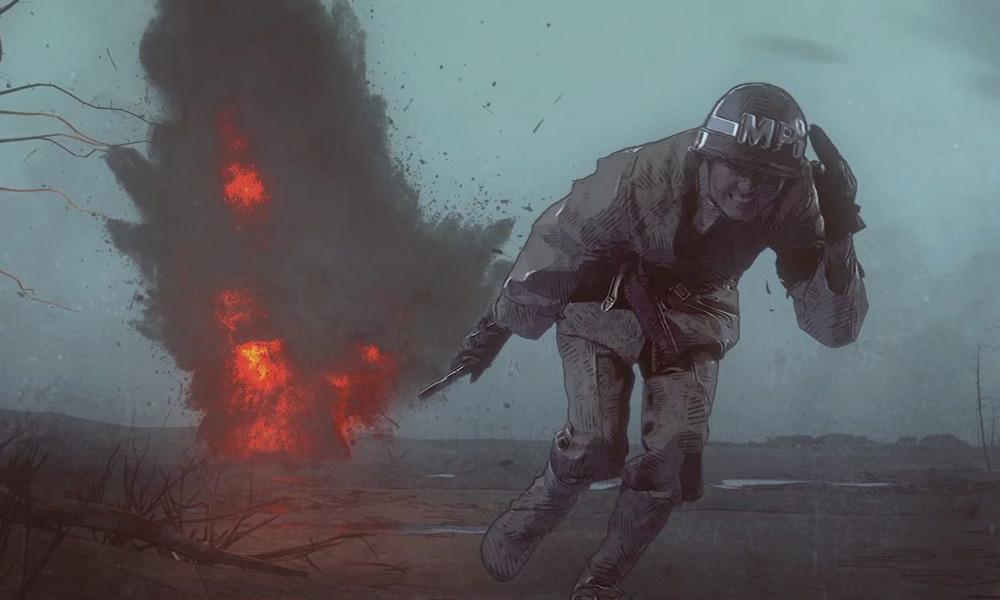 Netflix has ordered a four-part animated drama set in World War II titled The Liberator, based on the book by Alex Kershaw, from creator/writer/exec producer Jeb Stuart (Die Hard), A+E Studios, Unique Features and Atlanta-based animation studio School of Humans. This will be the first series from A+E studios for Netflix.

The series will also be the first project produced with hybrid animation technology Trioscope — a solution for combining state-of-the-art CGI with live action performances — to create a visually compelling, richly detailed setting for the story. Trioscope was developed by VFX and animation artist Grzegorz Jonkajtys (director, Ark VFX The Revenant, Pan’s Labyrinth, Sin City) with L.C. Crowley of School of Humans. Jonkajtys is also directing all four episodes of The Liberator.

The Liberator tells the true story of the bloodiest march to victory of WWII, following U.S. Army officer Felix Sparks and his 157th Infantry Regiment as they fight for over 500 days to liberate Europe. With his Oklahoma regiment — a National Guard unit made up mostly of cowboys, Native Americans and Mexican-Americans — Sparks forges through from Allied invasion of Italy to the liberation of the Dachau concentration camp.