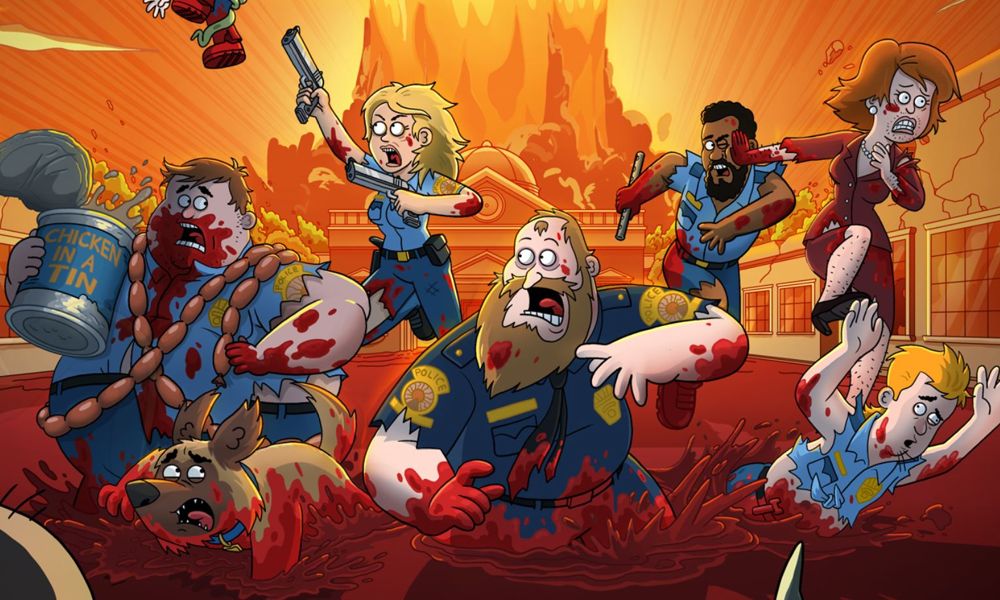 Paradise PD returns to Netflix for a third season on March 12… and things are getting weird. The new trailer for the return of the hyper-dysfunctional cop comedy has dropped like an atomic blast of bizarro gags, inopportune nudity and fart jokes. Duck and cover!

Part 3 of the adult animated series, from the strange minds of Roger Black and Waco O’Guin (Brickleberry), finds Karen pregnant, Fitz trying to move on from his criminal past (while married to a dolphin), as Kevin still pines for Gina and Gina still lusts after Dusty. 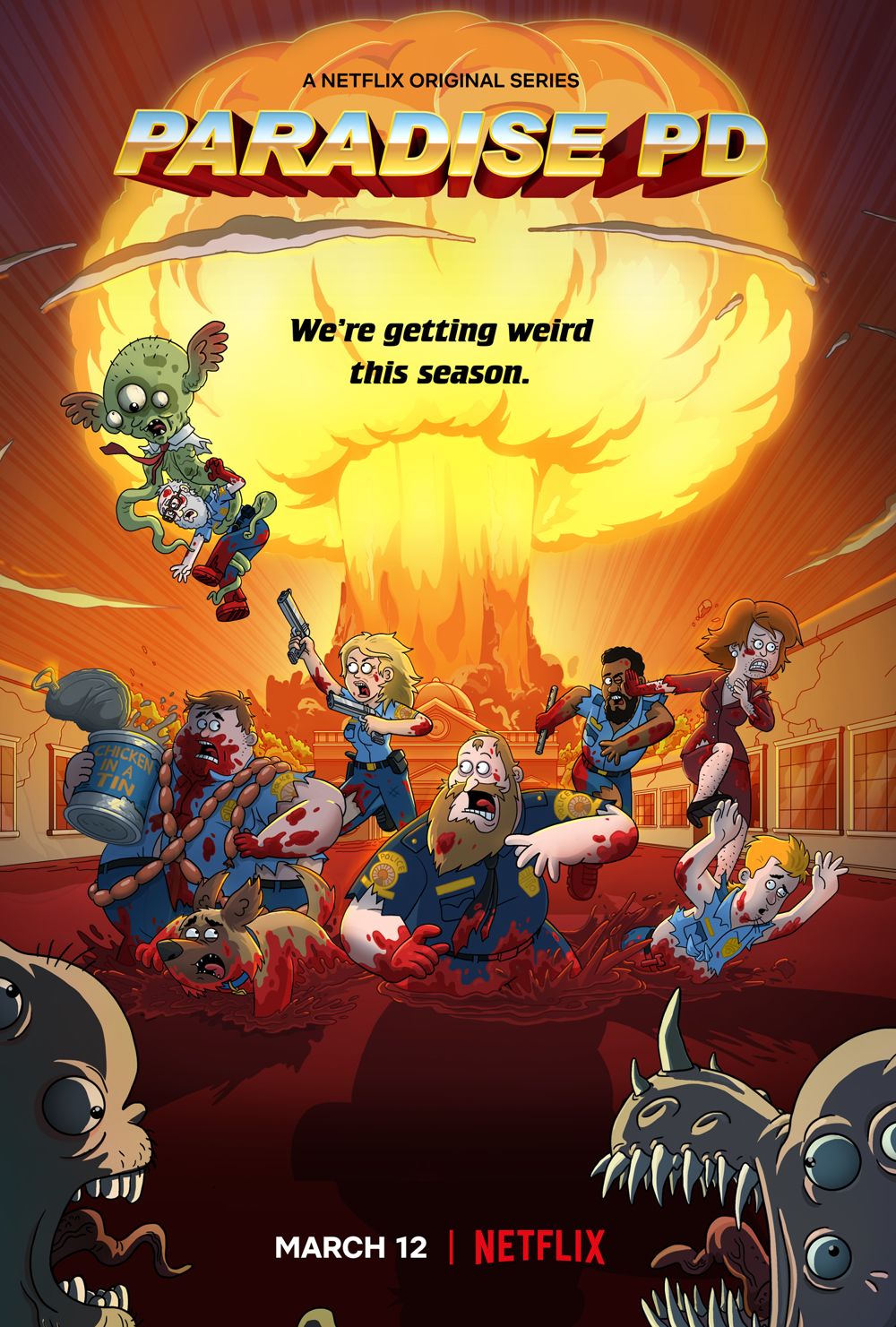