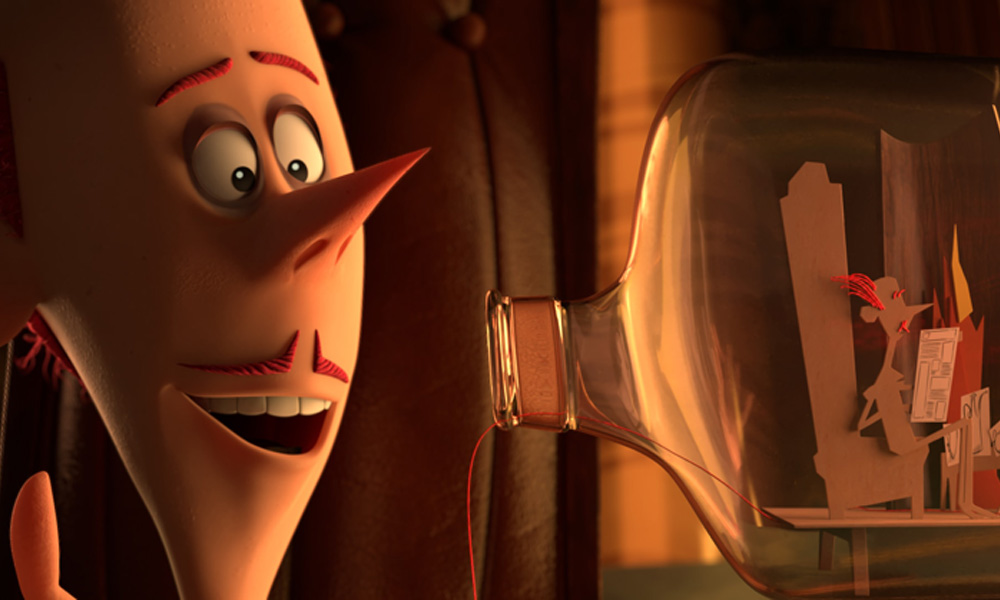 To meet the strong demand for kids & family content — enjoyed by nearly 60% of Netflix members around the globe each month — the SVOD giant has unveiled a robust and diverse slate of animated event programming to give viewers more feature-length films and original series to fall in love with. Six all-new projects have been announced, hailing from internationally recognized animation icons like Jorge Gutierrez and Nora Twomey.

“We know that there is no one type of family. We embrace all kinds of creators so we can tell unique and diverse stories that resonate with each and every Netflix family,” said Melissa Cobb, Vice President of Kids and Family at Netflix. “With our slate of global original animated feature films and series, we want to give families more moments to share the laughter, wonder and connection that comes from being immersed in a great story.”

Maya and the Three (2021) is an animated limited series created, written, and directed by Jorge Gutierrez (The Book of Life, El Tigre). Set in a mythical Mesoamerican inspired world, a warrior princess embarks on a quest to recruit three legendary fighters to help save the world of men and gods. Silvia Olivas (Elena of Avalor) is co-writer and co-executive producer, and Jeff Ranjo (Moana) is head of story.

My Father’s Dragon (2021) is a 2D animated family feature film from director Nora Twomey (The Secret of Kells, The Breadwinner) and written by Meg LeFauve (Inside Out, The Good Dinosaur), with story by LeFauve and John Morgan, who are also executive producers. Bonnie Curtis and Julie Lynn of Mockingbird Pictures are producing together with Paul Young and Tomm Moore of Cartoon Saloon. Based on the Newbery Honored children’s novels by Ruth Stiles Gannett, My Father’s Dragon tells the story of young run-away Elmer Elevator, who searches for a captive Dragon on Wild Island and finds much more than he could ever have anticipated. Alan Moloney and Ruth Coady of Parallel Films will also serve as executive producers alongside Gerry Shirren.

Kid Cosmic (2020) is an animated series in production from Craig McCracken (The Powerpuff Girls, Foster’s Home for Imaginary Friends). This is a show about a young boy who dreams of becoming a hero, and when he stumbles across some cosmic stones of power his dreams appear to have come true! Unfortunately the reality of being a hero vs. the fantasy of being a hero are completely different and this challenge becomes the biggest battle he has to face. The Kid may be the good guy, but he’s really bad at it!

Trash Truck (2020) is an animated series in production from Max Keane (Dear Basketball). Hank is a free-range, dirt-covered, six-year-old boy with a big imagination and an even bigger best pal: a giant honking, snorting trash truck. From learning to fly to going to the dentist, there is no adventure too big or too small for these two best friends. Glen Keane (The Little Mermaid, Aladdin, Beauty and the Beast) and Gennie Rim (Dear Basketball) serve as executive producers alongside Max Keane.

The Willoughbys (2020) is a highly stylized CG animated feature film currently in production with BRON Animation in Vancouver from writer/director Kris Pearn (Cloudy with a Chance of Meatballs 2). When the four Willoughby children are abandoned by their selfish parents, they must learn how to adapt their old-fashioned values to the contemporary world in order to create a new and modern family. Based on the book by Newbery Award-winning author, Lois Lowry. Starring Ricky Gervais, Maya Rudolph, Will Forte, Martin Short, Alessia Cara and Jane Krakowski.

Klaus (Holiday 2019) is a 2D animated family feature film from writer/director Sergio Pablos, co-creator of Despicable Me. When a selfish young postman is assigned to a remote Scandinavian town, his unlikely friendship with a reclusive toymaker leads to the origin story of Santa Claus. This timeless story is visualised through a unique combination of classical hand-drawn animation and cutting edge digital technology, featuring volumetric lighting and texturing typically seen in CG animated films. Voice actors include Jason Schwartzman, Rashida Jones, JK Simmons and Joan Cusack. Written by Pablos, Zach Lewis and Jim Mahoney, the screenplay is based on an original story by Pablos. Matthew Teevan, Gustavo Ferrada and Marisa Roman are producers, and Jinko Gotoh (The LEGO Movie 2: The Second Part, The Little Prince) is executive producer. Pablos’ SPA Studios is producing the film in Madrid, Spain, with Atresmedia Cine, with Toon Boom as a technological partner.

Motown Magic (Nov. 20, 2018) is a family-friendly animated series from Josh Wakely (Beat Bugs) that brings together 52 newly recorded versions of classic Motown hits from such musicians as The Jackson 5, The Temptations, Stevie Wonder, Marvin Gaye, The Supremes and Smokey Robinson, who serves as executive music producer. The series follows Ben, a wide-eyed eight-year old with a big heart and an amazing imagination, who uses a magic paintbrush to bring the street art in Motown to life.

Over the Moon (2020) is a CG musical adventure about a girl who builds a rocket ship to travel to the moon in order to prove to her father that a legendary Moon Goddess really exists. When she gets to the “other side” she unexpectedly discovers a whimsical world filled with fantastical creatures — some of whom threaten her and others who ultimately help her find her way home. Directed by Glen Keane (Dear Basketball, Duet), written by Audrey Wells (Under the Tuscan Sun, George of the Jungle), produced by Gennie Rim (Dear Basketball), and executive produced by Janet Yang (Joy Luck Club). Songs written by Christopher Curtis, Marjorie Duffield, and Helen Park. Co-production with Pearl Studio.

Pinocchio (2021) is the animated feature film directorial debut of Academy Award-winning filmmaker Guillermo del Toro (The Shape of Water). Pinocchio is his lifelong passion project, which he will also write and produce as a stop-motion musical, set in Italy during the 1930s. Pinocchio is a production of del Toro, The Jim Henson Company (The Dark Crystal: Age of Resistance) and ShadowMachine (BoJack Horseman), which will house the stop-motion animation production. Alongside del Toro, Lisa Henson, ShadowMachine’s Alex Bulkley, Corey Campodonico, and Gary Ungar of Exile Entertainment will produce. Blanca Lista will co-produce. Also alongside del Toro, Patrick McHale (Over The Garden Wall) will co-write the script, Mark Gustafson (Fantastic Mr. Fox) will co-direct, and Guy Davis will serve as co-production designer, taking inspiration from Gris Grimly’s original designs. The film’s puppets will be built by Mackinnon and Saunders (Corpse Bride).

Wendell & Wild (2021) is an animated feature film from writer/director Henry Selick (Nightmare Before Christmas, Coraline) and writer Jordan Peele (Key & Peele, Get Out). Two demon brothers (voiced by Keegan Michael Key and Jordan Peele) escape the Underworld and find themselves in a town where they must evade a demon-duster teenager, Kat, who is trying to destroy them. Peele is also producing through his Monkeypaw Productions along with Selick and Ellen Goldsmith-Vein from the Gotham Group. Sarah Serata will co-produce. Executive producers are Win Rosenfeld for Monkeypaw, Peter Principato and Joel Zadak for Principato-Young, Lindsay Williams and Eddie Gamarra for The Gotham Group. Argentinian artist Pablo Lobato will design the characters. 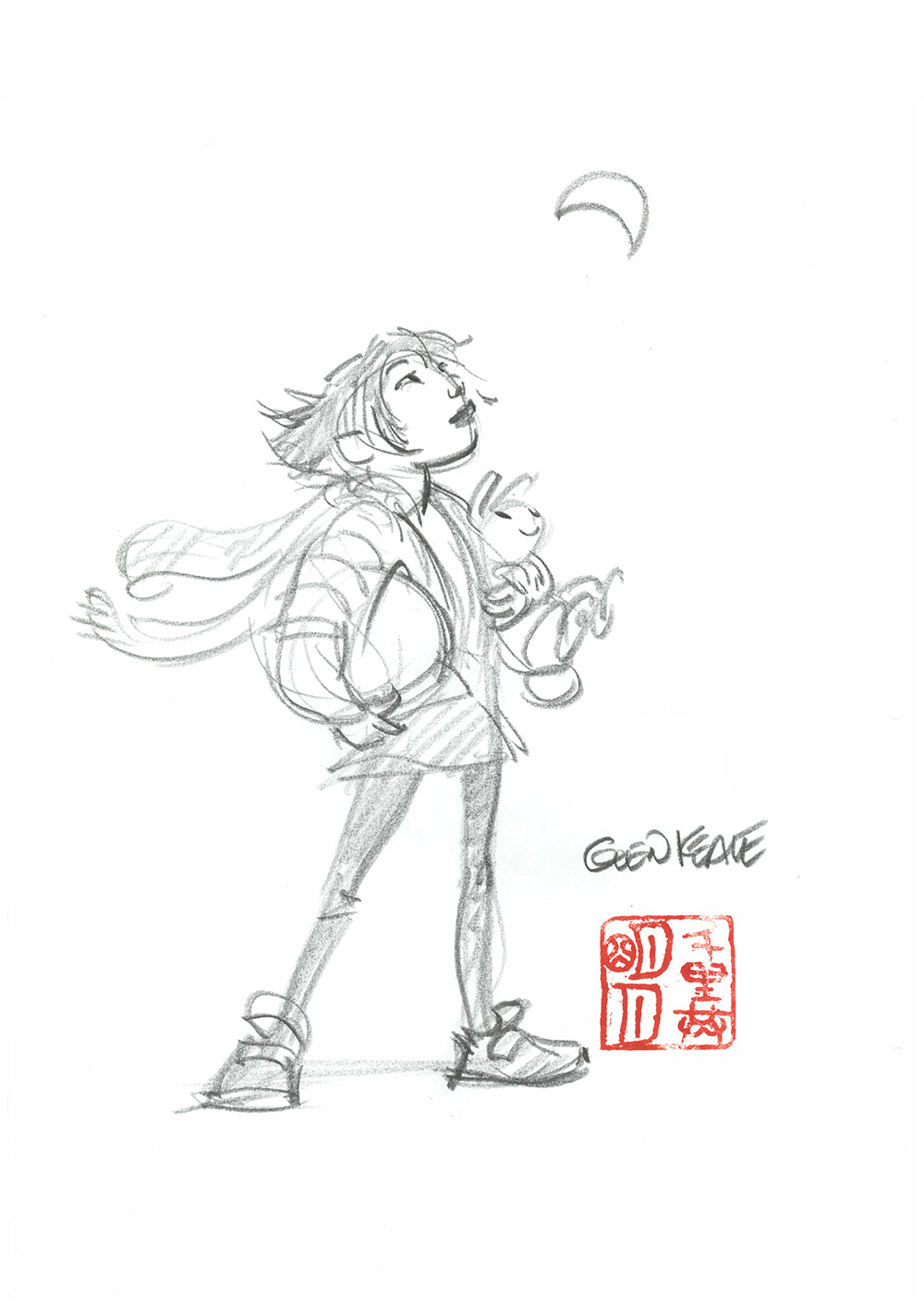