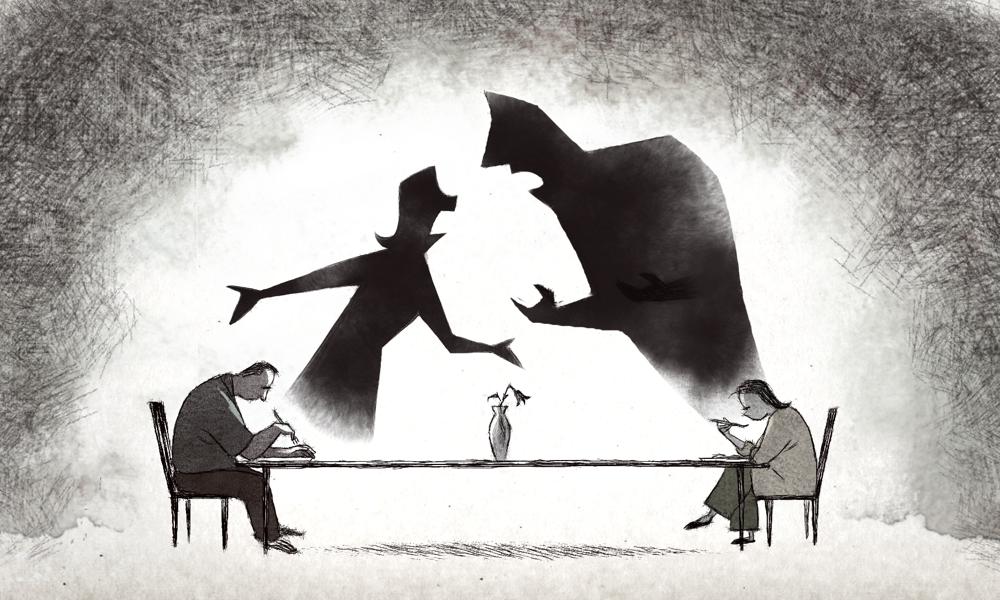 If Anything Happens I Love You

A great story can come in any size, shape or length. Having launched several successful animated series and features, Netflix will be introducing three new animated short films in the coming months: If Anything Happens I Love You, Canvas and Cops and Robbers, each bringing a unique story and diverse animation technique.

“Our goal is to bring our members best-in-class animation in all types of formats – features, series, adult animation, anime, and short form,” said Gregg Taylor, Netflix’s Director of Animated Features. “Animated storytelling is most compelling when it can transport, entertain, and start conversations; and all three of these short films are beautiful examples of that. While each film is deeply personal and uses very different animation styles, all of them are equally powerful.”

If Anything Happens I Love You is an elegy on grief. Writers/directors Will McCormack and Michael Govier bring a beautifully illustrated animated short film which takes us on an emotional journey of two parents struggling to overcome the hurt left by a tragic event that leaves their family changed forever.

The film is a tale that juxtaposes the pain that one can feel with the bounding resilience of the human spirit.

Laura Dern executive produced the short film, which is produced by Maryann Garger, Gary Gilbert, Gerald Chamales and Govier. More than half of the team behind If Anything Happens I Love You is female, including the animation director, composer, producer and an all-female animation team. Gilbert Films financed the short, and also produced along with Oh Good Productions.

According to McCormack and Govier, “If Anything Happens I Love You was created for the ones lost, and the ones left behind.” 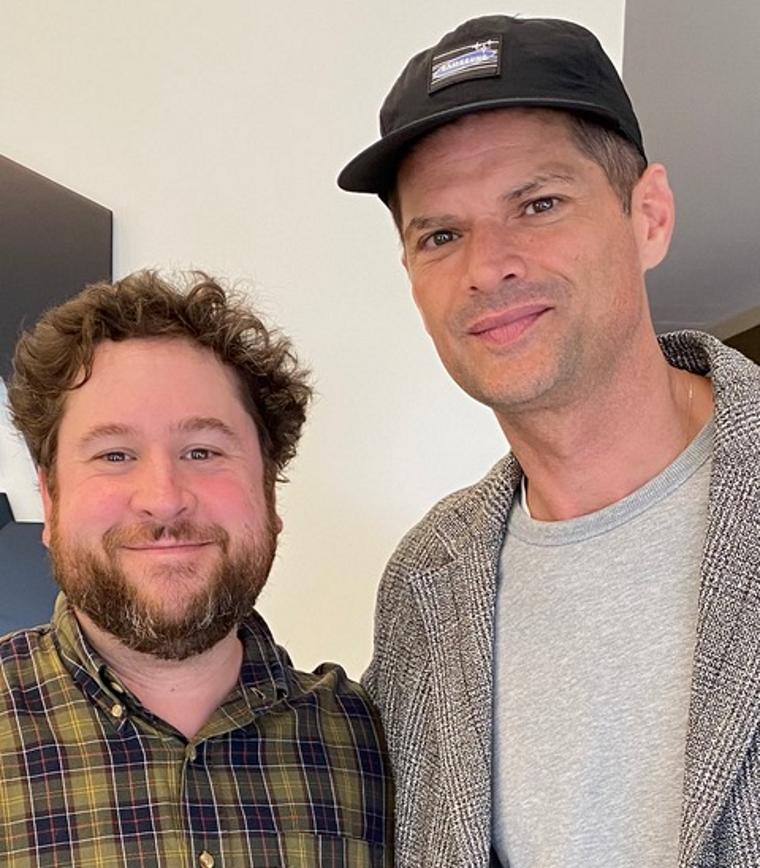 Will McCormack and Michael Govier

Will McCormack & Michael Govier are producers, writers, actors and directors, making their animation directorial debut with If Anything Happens I Love You. McCormack wrote Toy Story 4 and Celeste and Jesse Forever. Govier has written multiple short films, plays and performed on TV and in commercials.

Directed by Frank E. Abney III and produced by Paige Johnstone, Canvas tells the story of a Grandfather who, after suffering a devastating loss, is sent into a downward spiral and loses his inspiration to create. Years later, he decides to revisit the easel, and pick up the paint brush… but he can’t do it alone.

An original creation from an accomplished animator whose credits include Toy Story 4, Coco and The Boss Baby, this story is something we can all relate to. Sometimes in life, things happen that make it hard for you to keep fighting for what you love. It’s not so much a matter of ability, but rather a testament to the will of the human spirit. We can all find strength and creativity in the most surprising places, and this story exemplifies that.

Canvas was produced over the course of five years by a passionate team of artists working after hours on it across three continents. The show’s Black leadership focused on creating a multicultural production team, who embraced the challenge of simultaneously producing both 2D and CG animation sequences.

“We owe it to ourselves and our ancestors to use our gifts to lift and inspire those around us,” said Abney. “Canvas is my message to those that have suffered loss and are searching for a way through. In a world where my community must often ignore processing its own tragedies, this film shows that we don’t have to do it alone.” 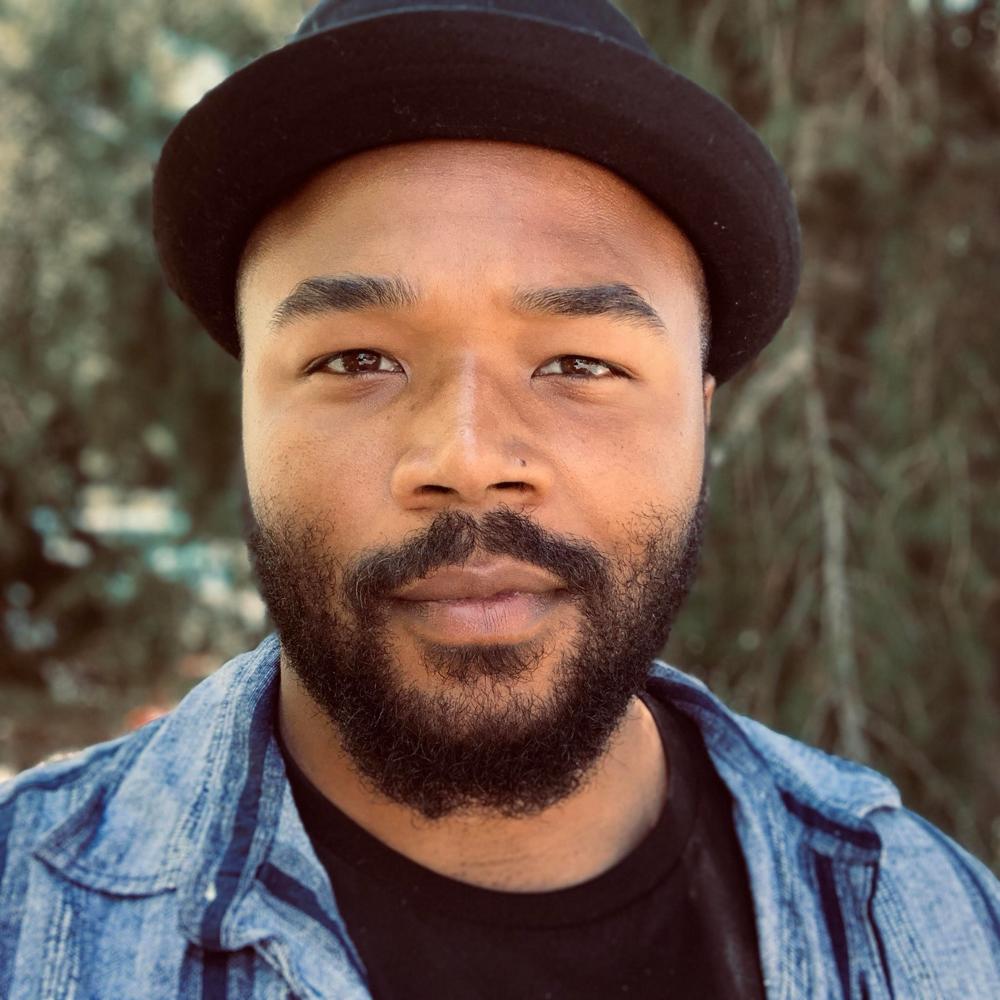 Frank E. Abney III is a California native who grew up with a passion for storytelling, drawing and movies. After graduating from The Art Institute of California – San Francisco, he began working as an animator on game, film and TV projects like Tomb Raider, Disney’s Oscar-winning Frozen and Big Hero 6, and DreamWorks Animation’s Kung Fu Panda 3 and The Boss Baby. He then joined the team at Pixar, where he has collaborated on Coco, Incredibles 2, Toy Story 4 and its upcoming film, Soul. Abney recently executive produced Sony Picture Animation’s Academy Award-winning short Hair Love with Issa Rae, and is currently directing an animated feature film at Netflix. 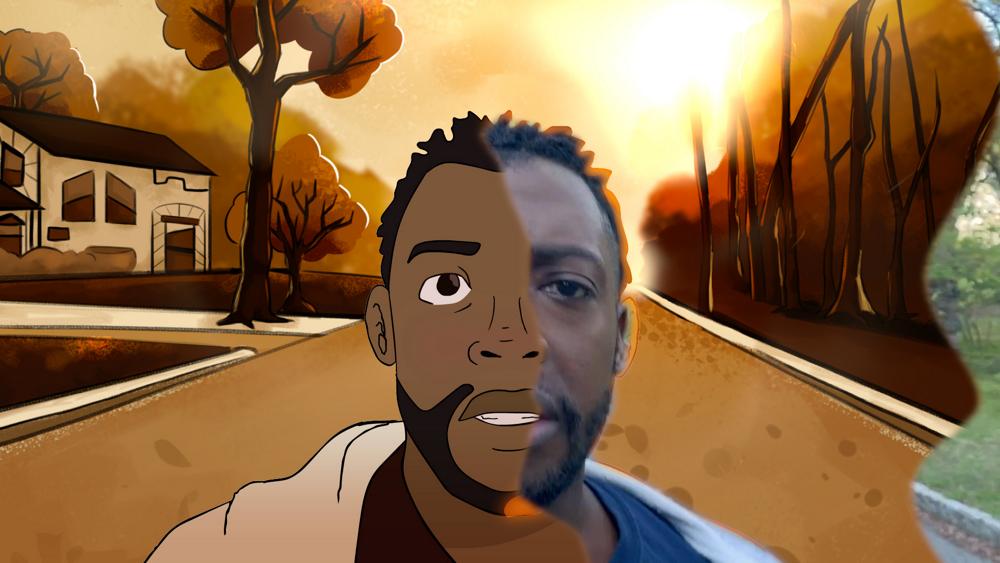 Cops and Robbers is directed by Arnon Manor and Timothy Ware-Hill, and written and performed by Ware-Hill in response to the murder of Ahmaud Arbery, a video of which first surfaced on May 5, 2020. Manor was inspired to create an animated version of Ware-Hill’s poem, which resulted in their collaboration.

Cops and Robbers is produced by Lawrence Bender, Manor and Ware-Hill, and executive produced by Jada Pinkett Smith, Neishaw Ali and Janet Jeffries. More than 30 individual artists, students and VFX companies from around the world collaborated, to each create a short segment of the poem with their own visual interpretation of the subject matter and individual animation technique. Over half of the animators on Cops and Robbers are Black artists.

The short features a portion of the Negro Spiritual “Soon I Will Be Done,” performed by Brittany Howard of Alabama Shakes.

The result is a powerful message aimed at bringing awareness to the systemic violence, racially motivated killings, and the ongoing police brutality against Black Americans.

Ware-Hill and Manor said they made this film “for all the Black men, women and children who have been victims of racial profiling, police violence, loss of life and other injustices just for being themselves.” 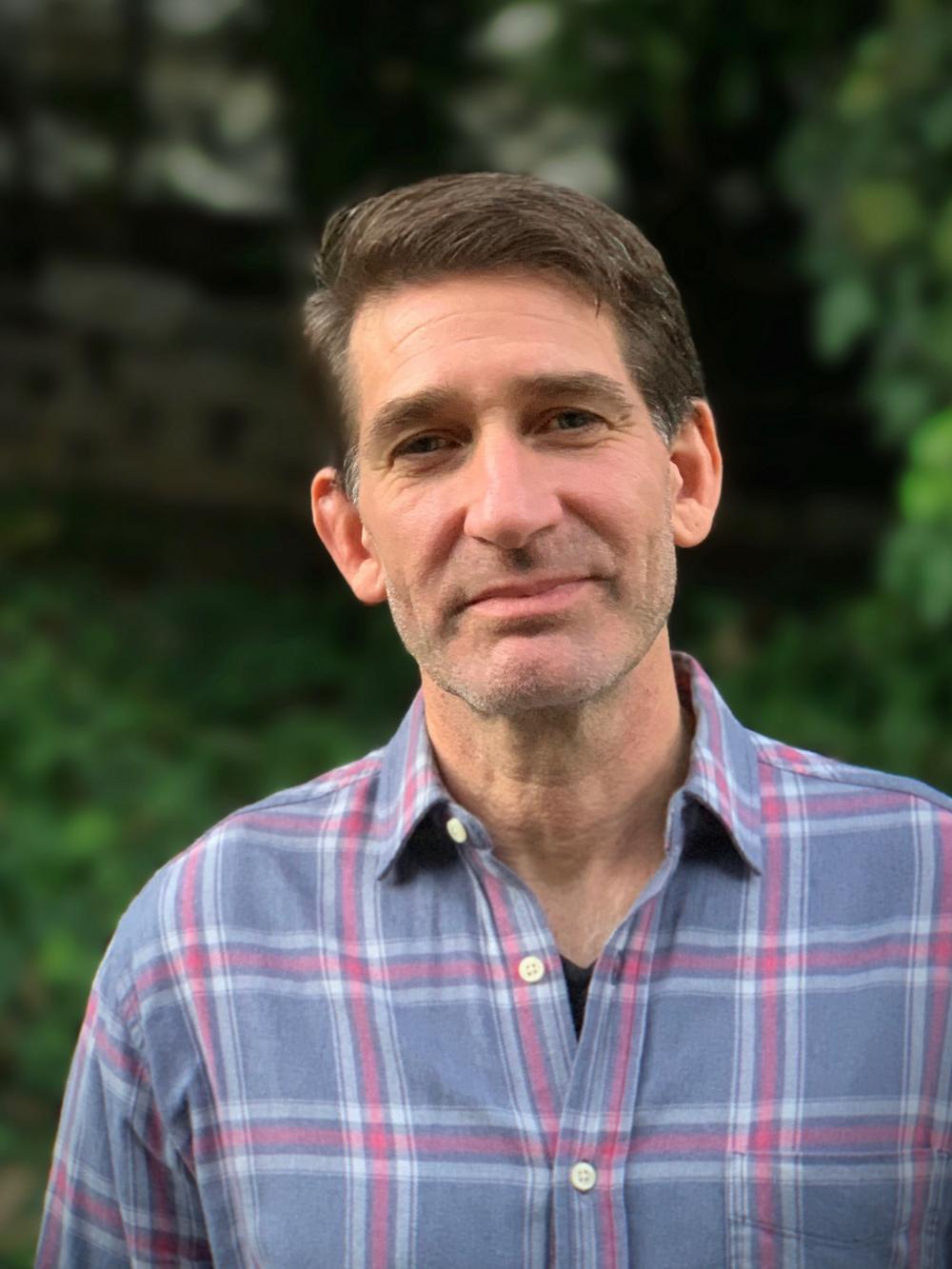 Arnon Manor is an independent filmmaker, writer, producer and director. His recent credits include producing and directing the indie webseries Mondays. Manor grew up in Europe, where he started his career as a CG animator and VFX artist, then moved to the U.S. where he has continued to create and oversee the visual effects on countless features as an artist, supervisor, producer and studio executive. His range of VFX credits include comedies such as This is the End, The Interview and 21 Jump Street, action films Captain Phillips, Fury, The Equalizer, and CG hybrid-animated movies such as Stuart Little 2, Garfield and Peter Rabbit. 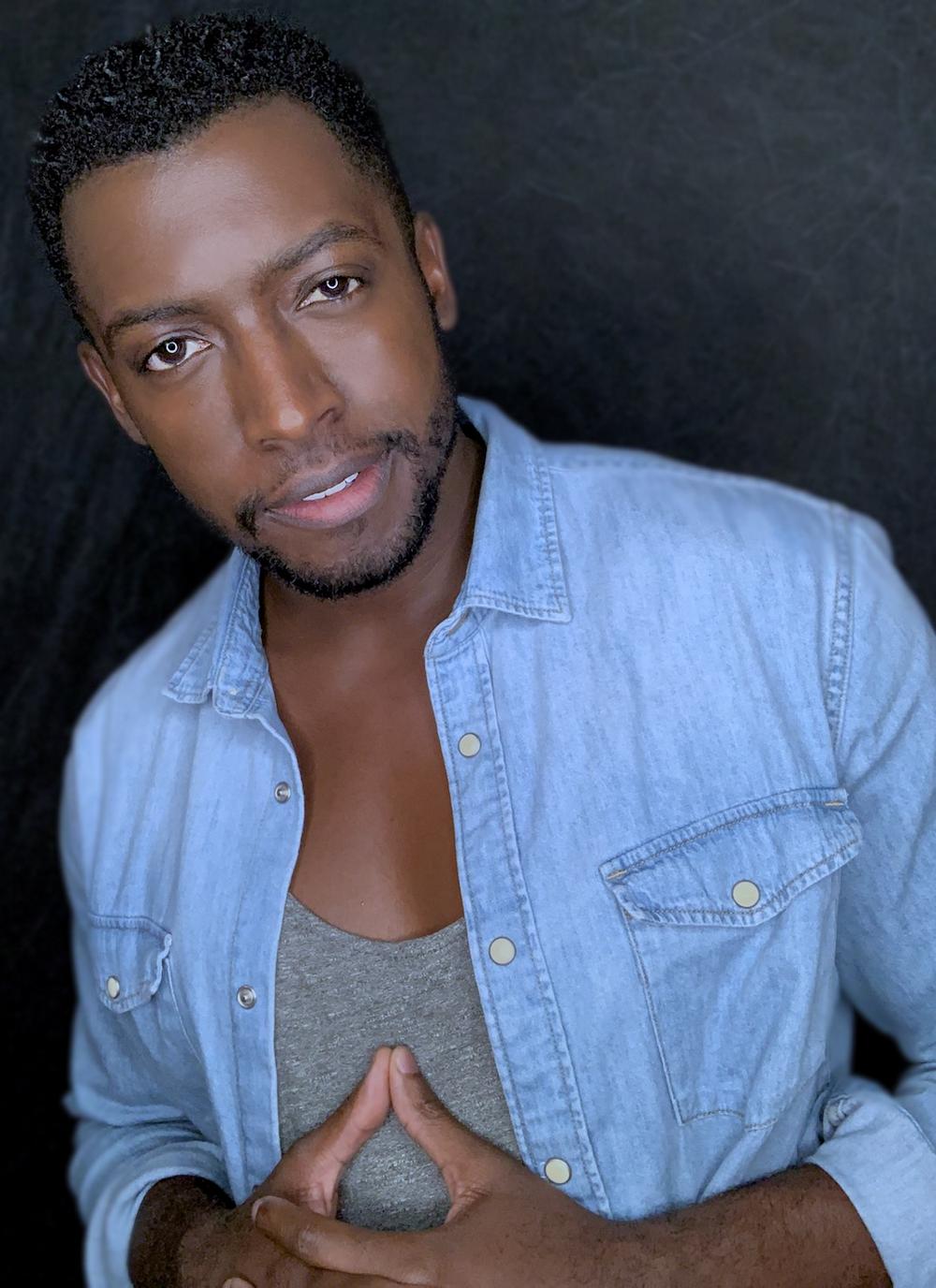 Timothy Ware-Hill is a native of Montgomery, AL, where he received a BA in Theater Arts from Alabama State University. From there, he was accepted into the UCLA MFA Acting Program. Most of his career has been as an actor in film, TV and Broadway. He recently received an MFA in Screenwriting from National University. Ware-Hill is a Second Place Winner in the 2020 CineStory Foundation Feature Fellowship, and a Semifinalist in the 2020 Academy Nicholl’s Fellowship, for his feature screenplay Tyrone and The Looking Glass.