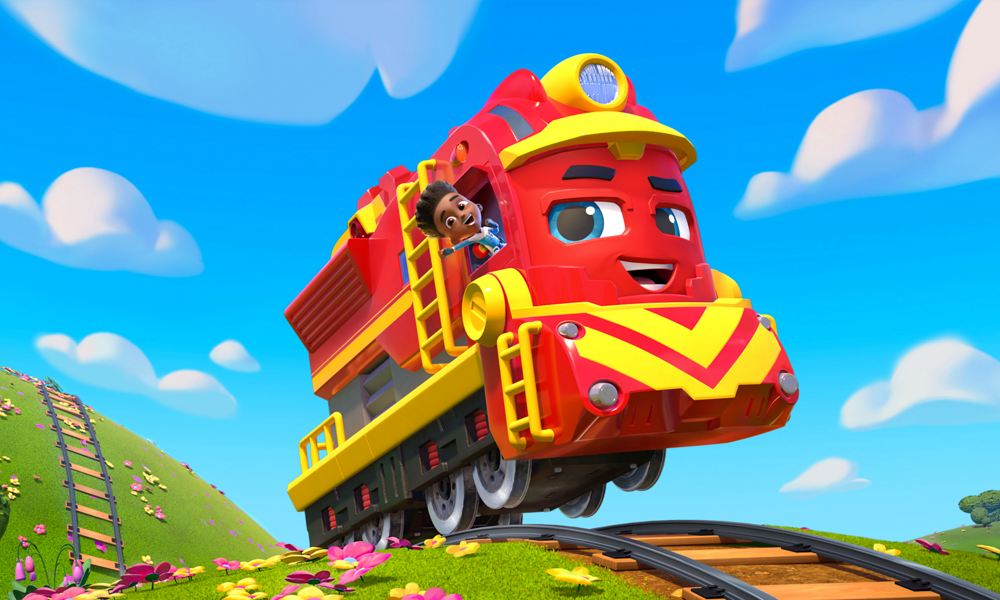 Netflix and Spin Master Corp. together announce a new train-themed CG animated series: Mighty Express, from the Keith Chapman and Spin Master Entertainment — creator and producers of the award-winning PAW Patrol. Season one will feature 52, 11-minute episodes and debut on Netflix this September. The platform has rights for all territories excluding Canada (broadcaster TBA).

The company’s tenth series, Mighty Express is Spin Master Ent.’s largest production to date, with the award-winning, Vancouver-based animation company Atomic Cartoons bringing the visuals to life. Preschoolers, (and their families), will love this imaginative world where kids run the rail stations and work together with the Mighty Express on heroic adventures.

The Mighty Express franchise is owned by Spin Master. The company will retain the rights to distribution of the series (outside of SVOD), a toy line to launch in 2021 and a consumer products licensing-out program.

PAW Patrol, now in its seventh season, is the top-rated preschool program on Nickelodeon.