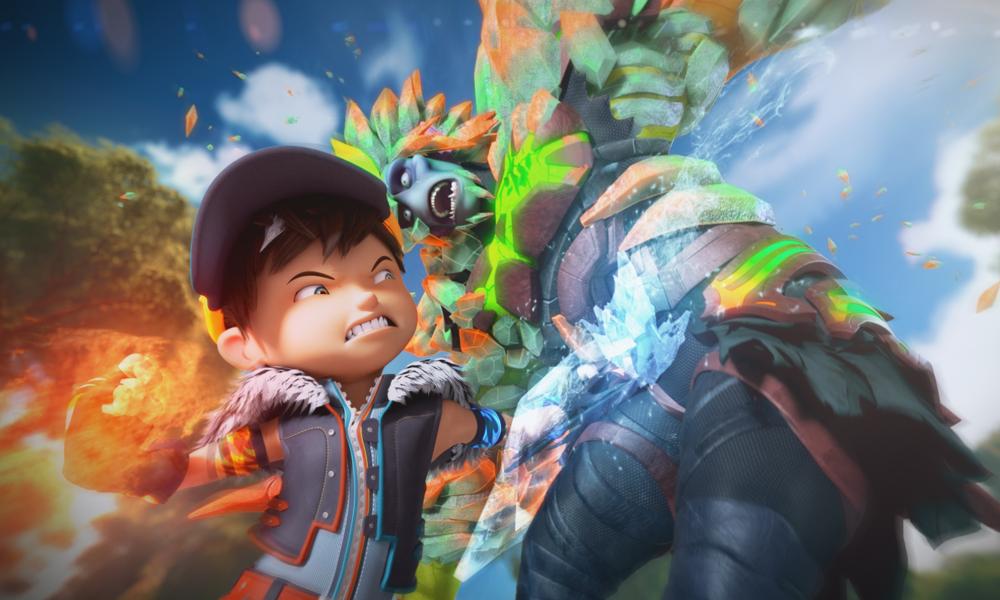 Netflix has acquired exclusive online-streaming rights to the extended version of the animated blockbuster film BoBoiBoy Movie 2 for Southeast Asia, which will include seven minutes of unreleased footage that was previously unavailable in the original cinema version. The 2019 record-breaking film from Monsta was widely released in 500 cinemas across Malaysia, Indonesia, Singapore, Brunei and Vietnam, and became a phenomenal success among kids and adult audiences alike.

The extended version of BoBoiBoy Movie 2 will have a longer runtime of 117 minutes compared to the 110-minute cinematic release, and Netflix subscribers in Southeast Asia will be able to exclusively stream it starting June 1 in the original Bahasa Malaysia and English. Netflix will also offer subtitles in local languages such as Bahasa Malaysia, English, Simple and Traditional Chinese, Thai, Vietnamese and Bahasa Indonesia for a more inclusive entertainment experience.

Raphael Phang, Manager Content Acquisition SEA Netflix, commented, “At Netflix we always believe that great stories can come from anywhere and be enjoyed everywhere, that’s why we’re very excited to work with Monsta to bring BoBoiBoy Movie 2 to our members in South East Asia. With great storytelling, and great quality imagery we can’t wait to see our Netflix members and their whole family join another marvellous adventure of BoBoiBoy and have a great family viewing experience. It’s the kind of entertainment that brings families together.”

“Throughout its 11 years of establishment, Monsta’s fanbase has gradually extended to many corners across the globe with a large number within the Southeast Asian region in particular,” said Monsta CEO Nizam Abd Razak. “The studio has always thrived to make its animations more widely-accessible to viewers everywhere, regardless of borders. As such, this partnership with Netflix has opened up an invaluable opportunity for Monsta to reach out to more viewers from across the region, allowing them to experience BoBoiBoy Movie 2 in the comfort of their own homes.”

BoBoiBoy Movie 2 follows the titular character BoBoiBoy, a young elemental superhero, and his friends as they try to defeat the evil villain Retak’ka, who is determined to claim BoBoiBoy’s powers for himself in his quest to conquer the galaxy. With its exciting blend of action comedy and beautiful visuals, BoBoiBoy Movie 2 captured the hearts of 2.5 millions viewers, collecting a whopping RM30 million (~$6.9M USD) in cinemas to place itself as one of the highest-grossing animated films in Malaysian history.