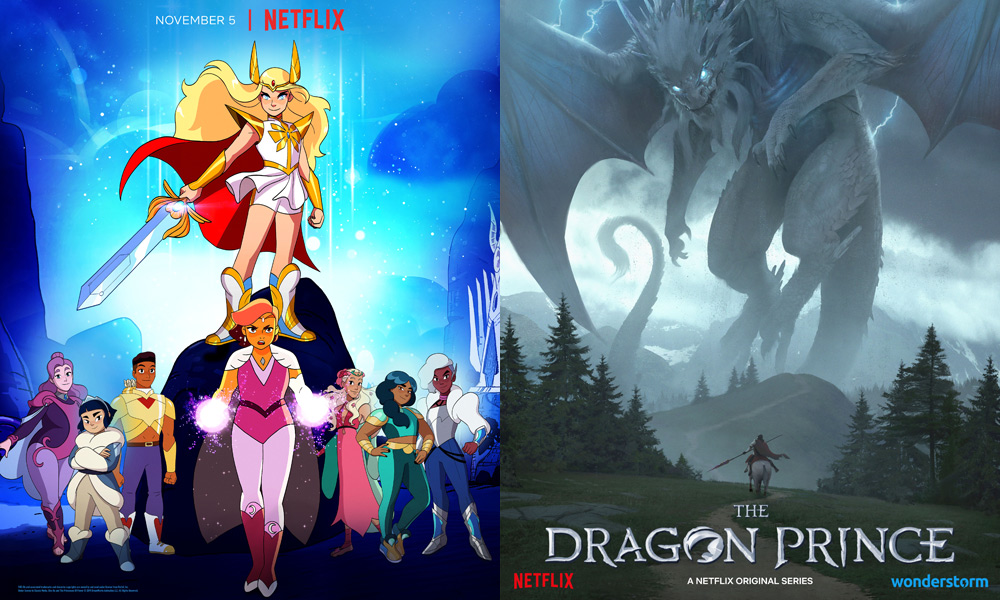 She-Ra and the Princesses of Power and The Dragon Prince 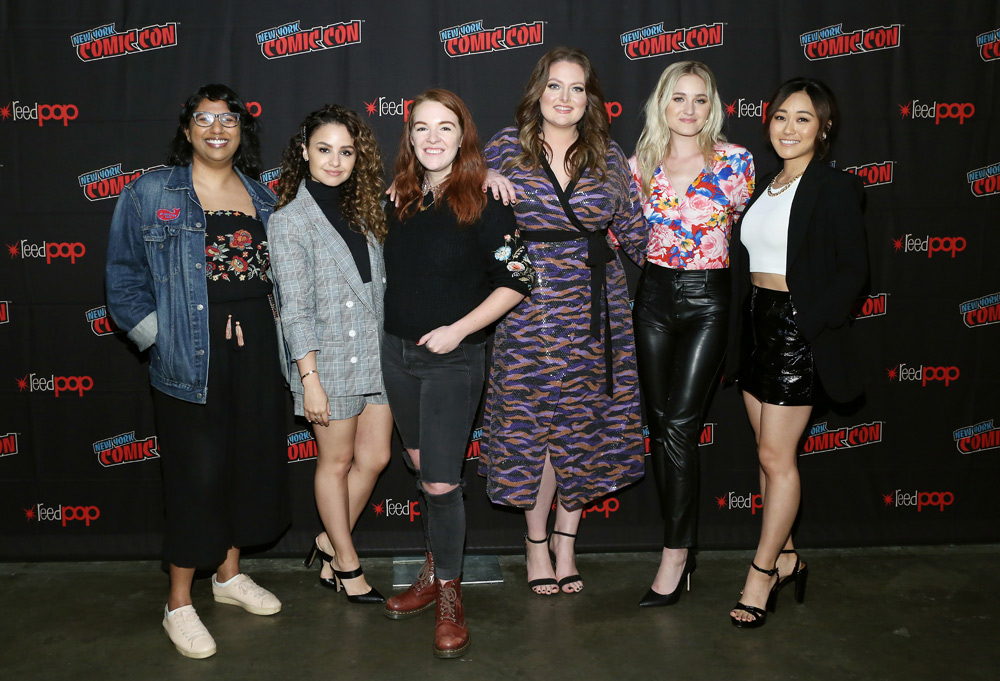 Season 4 begins with the respective rises of Queen Glimmer as leader of the Rebellion and Catra as co-leader of the Horde (both with new character designs sneak peeked for NYCC). As the Horde makes advances on the Rebellion under the looming threat of Horde Prime’s arrival, the Princess Alliance makes heroic strides but begins to disagree on the best way to defend Etheria. Ultimately, a shocking discovery about Etheria itself causes Adora to reconsider everything she thought she knew. Ash shared a clip from an upcoming episode focusing on Scorpia, and Stevenson revealed a special episode titled “Boys Night Out” will include a couple musical numbers. Geena Davis is also set to return as Huntara in S4. 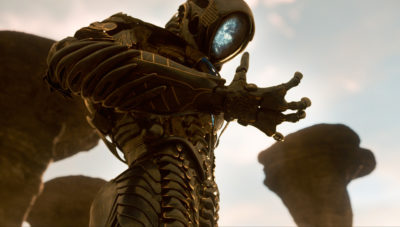 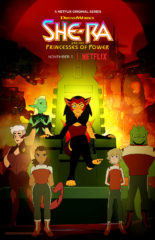 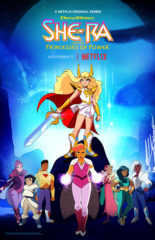 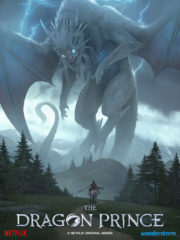 At another buzzy panel gathering, The Dragon Prince season 3 premiere was announced for November 22 on Netflix. Aaron Ehasz and Justin Richmond’s (Wonderstorm) breakout animated hit will return for nine new episodes, opening as Callum and Rayla finally enter the magical land of Xadia, and begin the last and most dangerous leg of their journey to reunite Zym with his mother, The Dragon Queen. Meanwhile, Ezran returns to the kingdom of Katolis to take his place on the throne, only to be immediately pressured to go to war with Xadia. Lord Viren, who is imprisoned and desperate, begins to realize the power of his new ally – the mysterious Startouch elf, Aaravos.

Season three will reach the show’s most epic heights yet: Viewers will discover the wonders of Xadia, encounter heroes old and new, and learn some previously untold history about how Zym ended up on this epic journey. S3 will also introduce new characters – good, evil and, of course, layered and complicated. Long-held beliefs will be challenged, new magic will lead to incredible powers, and a momentous battle will be waged in the name of finally stopping a centuries-old conflict that has affected generations.

On the live-action sci-fi side of Netflix, Lost in Space season 2 from Legendary Television is ready to explore the far reaches of the galaxy with 20 hour-long episodes, launching December 24. The cast gathered at NYCC to reveal a teaser for the new adventures, filmed in Iceland and Vancouver, and announce that JJ Feild (Turn, Turn Up Charlie) has joined the cast in the recurring guest role of Ben Adler, chief of advanced systems and artificial intelligence. He’s Maureen’s academic contemporary but with what he’s experienced — bears more in common with her son, Will Robinson