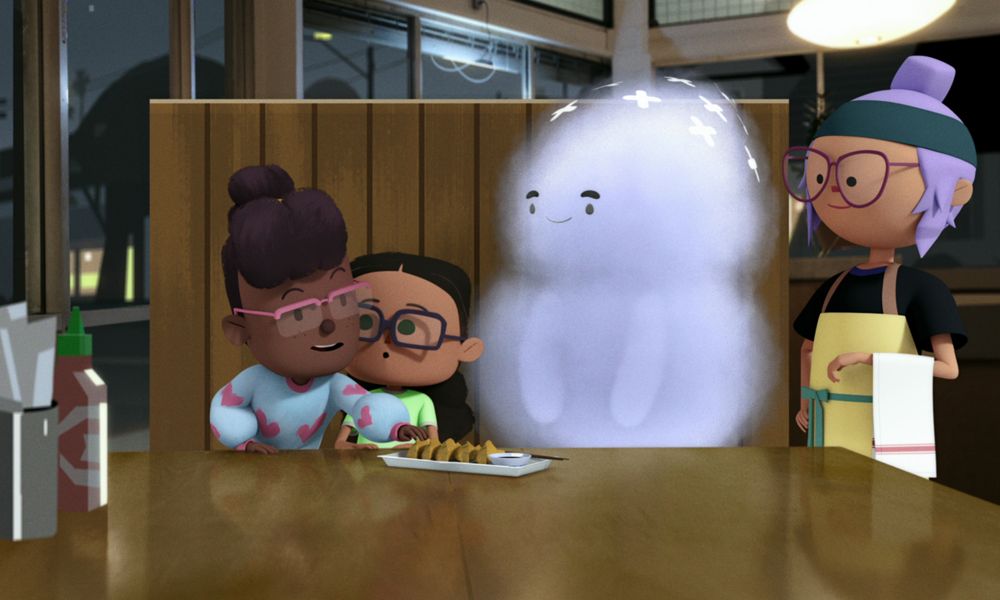 ***This interview originally appeared in the April ’21 issue of Animation Magazine (No. 309)***

If you’ve been looking for a beautifully imagined, smart and thoughtful new animated children’s show, your prayers have been answered in the form of Elizabeth Ito’s City of Ghosts, which premieres this Friday, March 5 on Netflix. The new offering is a clever, documentary-style hybrid animation series in which a group of kids discover stories around their city by communicating directly with the ghosts who inhabit it. Ito, an Emmy-winning director and writer on Adventure Time and creator of the short Welcome to My Life who has also worked on Phineas and Ferb, Hotel Transylvania, Bee Movie, The SpongeBob Movie: Sponge Out of Water and Cloudy with a Chance of Meatballs 2, was kind enough to answer a few of our questions about her debut series: 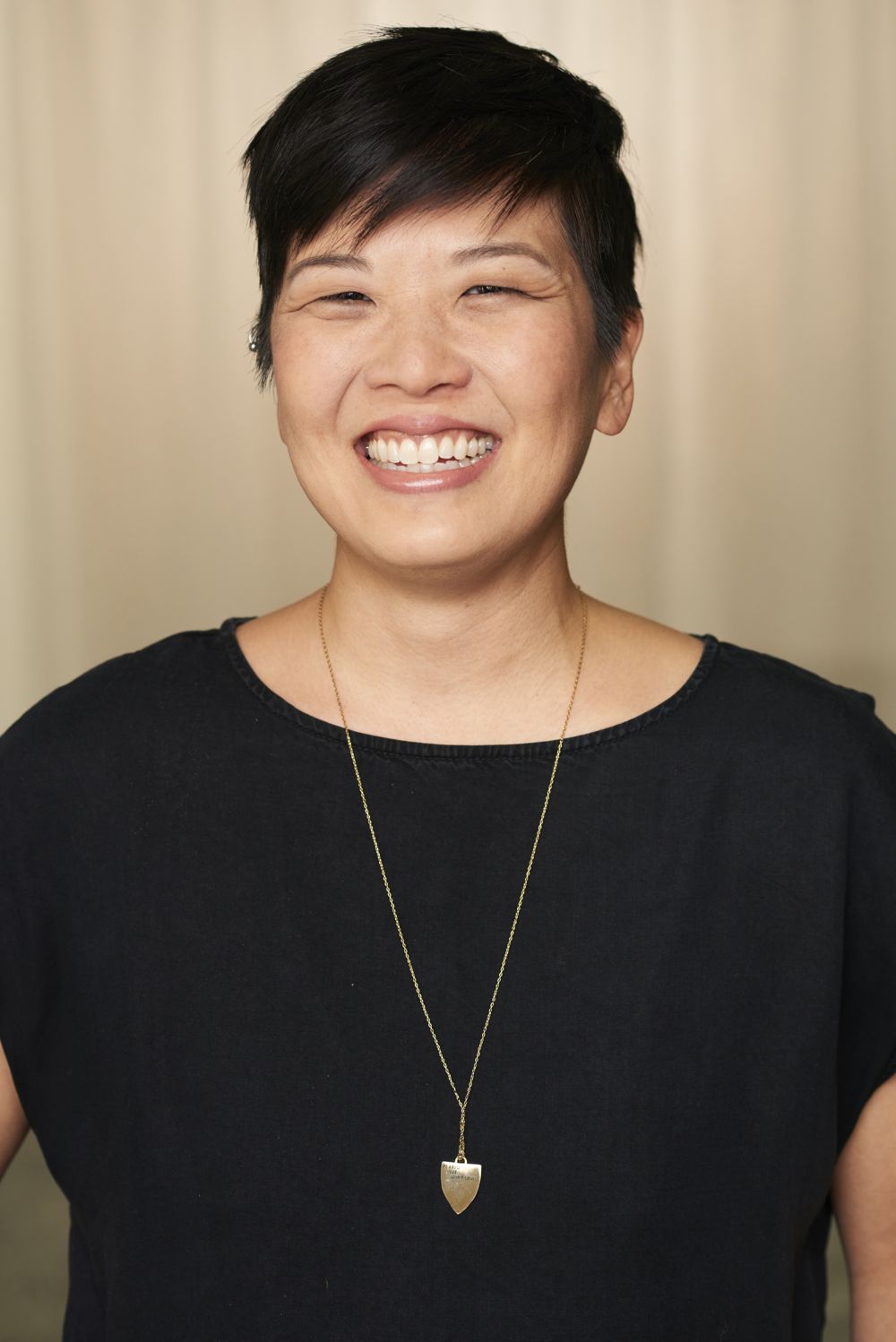 Animag: Congrats on your fantastic new show. Can you tell us a little bit about how it all came to be?

Elizabeth Ito: It feels like it was a lifetime ago. A couple of years ago, when I was brought into Netflix, I thought we were going to make my 2014 short Welcome to My Life into something bigger, but that property was tied up with Cartoon Network. So, they asked me to come up with another idea that I would be as interested in. I was thinking about how many neighborhoods in Los Angeles are changing and noticing how things are disappearing, whitewashed and gentrified. I also have two small kids, and wanted to create a calmer show — something for more introverted, quieter people! That’s how I came up with the idea for City of Ghosts, which explores the history that exists in L.A. from the perspective of these intuitive kids. My mandate was to come up with something I couldn’t do anywhere else. So it was both exciting and scary!

Have your own kids seen the show?

Yes; they are four and six years old. They’ve seen all the episodes and know different lines from the show. For me, the best part is that they like it! 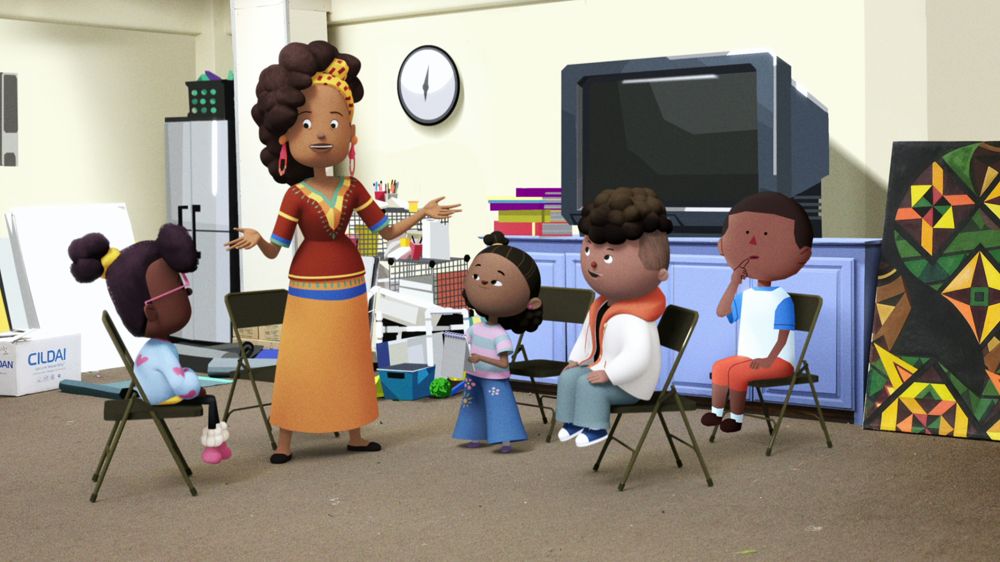 Not only does the show look quite different from other children’s shows, its writing process is quite original, too. Can you tell us a little bit about that?

When I first started, I wanted to explore how to write something that was a mix of fiction and non-fiction, but we don’t do that often in children’s animation. So I wanted to get somebody who came from the documentary side. Joanne Shen is a friend of mine from CalArts who is married to a documentary producer-writer, so I called her on a whim. I had to find out how to incorporate that into the show, and build a team and build a template that would work. She was one of the first people that came onboard.

Then we had to figure out our pipeline and the schedule for what we were doing. The next person I contacted was Jenny Yang, who is a comedy writer who worked for The Daily Show. I reached out to her because she knows a lot about issues that are going on in the city. That’s when I found out that she has a background in urban planning and policy and studied it at UCLA. We worked with her on a couple of sessions where we discussed the overall issues in the city. We tried to stay away from really volatile issues. I wanted the stories to focus on appreciating different cultures. We didn’t want parents not to watch it. We also wanted to veer towards something that kids would want to watch, and we wanted to be informed enough to discuss the particular subjects in each episode. 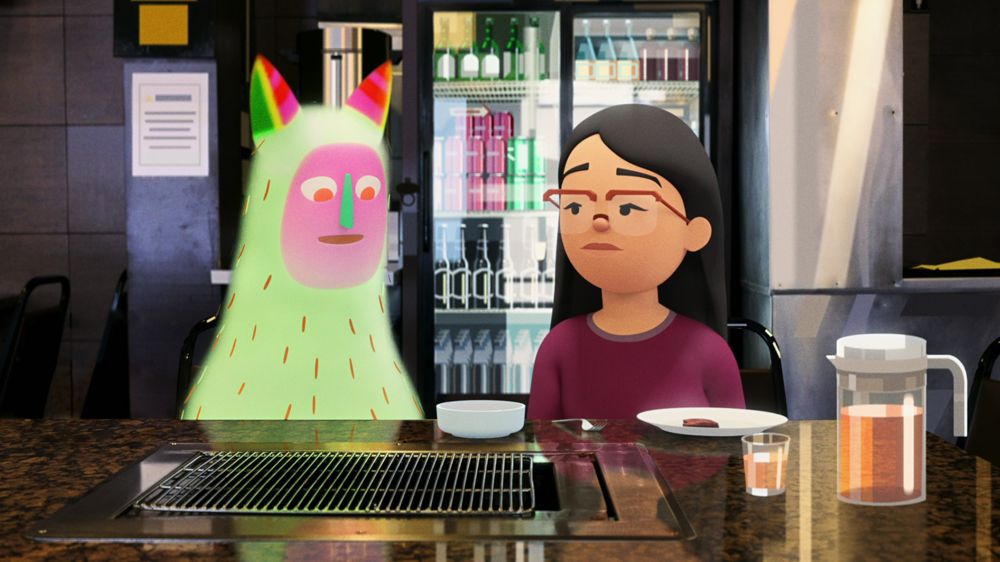 You were one of the first projects launched at the then-new Netflix Animation studio in Hollywood, right?

At first, we were set up on the space on Sunset Boulevard, down the street from big studio offices. It was a great learning experience for me. We had to set up this office for all these creators. Nothing was built yet, and little by little Netflix started to grow. I actually prefer working in a smaller space with a smaller crew. It made me learn a lot about what I thrive on and how to build a crew that works well with me. We were one of the smallest teams. I could count all the board artists and directors on my two hands. It helped us work very efficiently. Of course, we only had six episodes to produce.

Which other animation studios did you work with on the show?

I worked very closely with my husband’s [Kevin Dart] studio Chromosphere and the French animation studio TeamTO (Mighty Mike, PJ Masks), which I worked with on Welcome to My Life. I had a great experience with them and they’re stylistically parallel to how I like to work. For the overall look of the show, we knew we wanted to have live-action backgrounds. It was fun to come up with this new process with Chromosphere. We would meet with people that we’d want to interview in different neighborhoods … Leimert Park, Boyle Heights, Venice, Santa Monica, Koreatown, Chinatown, Little Tokyo, Highland Park, Echo Park. Some were real places, and some were made up or composites. 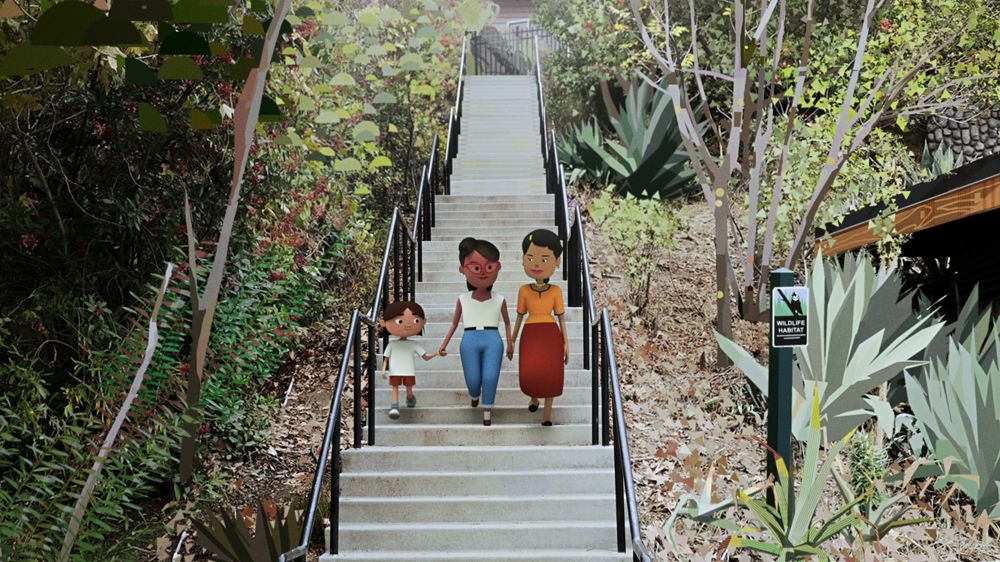 Can you tell us about the various animation tools you used to create the visual?

We explored different tools; there’s so much out there. When I was at Sony, they were using new technology that helped plan the lighting for a 3D character in a real place. It would be great to know that there is the possibility that we can do this. But we had to strike a balance between what would be cool versus how much we could afford. We looked at modeling things in Quill in the VR space, but we didn’t do it in the end because they were too technical or cost too much to do. The nice thing was that Chromosphere figured out a pipeline which allowed us to do compositing after we were done. We used Maya and After Effects and some proprietary tools.

How did the production deal with the city’s COVID-19 restrictions?

We were lucky because all of the stuff that needed in-person interactions like the photo shoots and records were finished on the last week before people were told to stay home. The timing was just like Indiana Jones grabbing his hat from under a shutting door in the very last moment! Of course, the post process was tricky, too. Normally you can just go over the material and ask them to adjust certain things. If you haven’t met with them or worked with them before, it’s not easy when your first interaction is giving written notes or doing it over the phone. I’m really glad that we weren’t figuring out the story notions, tweaking the animatics or writing the show remotely, because it’s easy to miscommunicate when you’re doing it over the Internet. 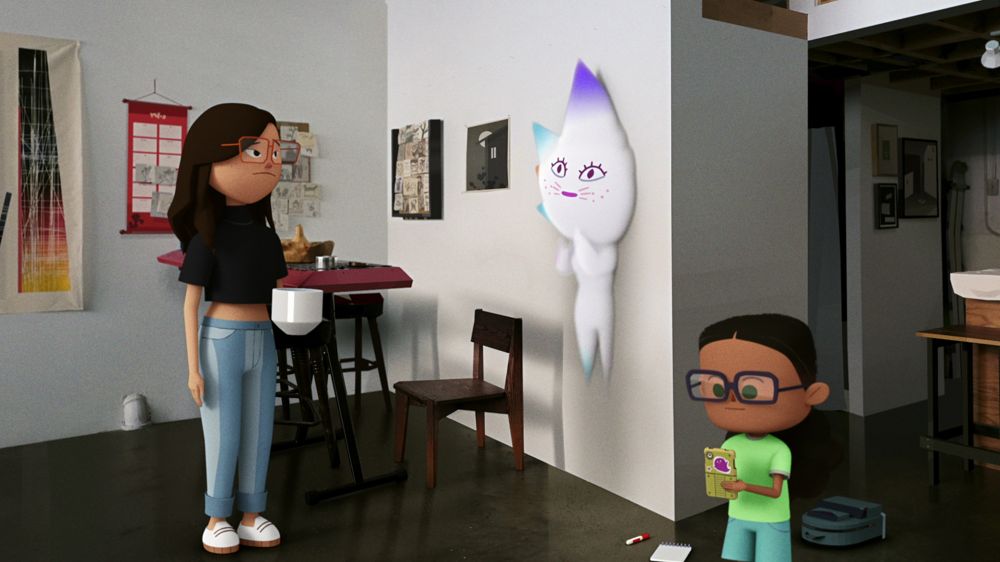 When did you realize you wanted to work in animation?

When I was in high school, all my friends were doing academic summer programs, but I applied to the California State Summer School for the Arts. They had all these different kinds of art you could study, and I picked animation because I thought that would be interesting. On the first day, I was really scared, but I loved that animation combined so many different things: writing, music and drawing.

Who are some of your biggest animation influences?

I have been watching Miyazaki movies forever. When I think about children’s programming that I admire, Jim Henson comes to mind immediately. He was this brilliant, creative spirit that made so many things that inspired my imagination and formed my sense of humor. Then, there are experimental animators like Norman McLaren and Oskar Fischinger. I also think Michel Gondry’s music videos are so clever. 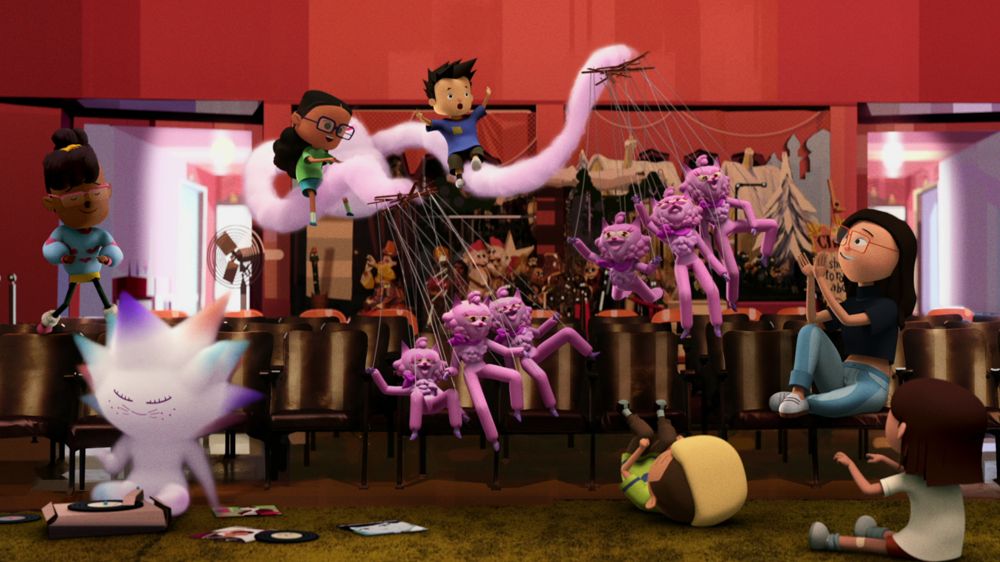 What do you hope audiences will take away from your show?

I am so excited for people to see it. I hope they feel they really learn something new, something that they didn’t know before, in an entertaining way. I also hope they find a story that they can relate to and that they see themselves represented on TV. That they see someone that reminds them of themselves. The biggest thing is that I hope families feel that they can watch this show together and laugh and talk about it.

You’ve been one of the vocal champions of having diversity in animation both on the screen and behind it. What is your take on the progressive climate in 2021?

I am really excited about the diversity in animation today. It’s interesting because Mister Rogers is someone who has emerged as everyone’s favorite dude now. There is this feeling of appreciation for this fundamental caring attitude that he had. That’s what we want to show people: How to be gentle and understand our feelings. I’m excited to be in the position that I am currently. It hits home with me as I also have two kids at home myself. 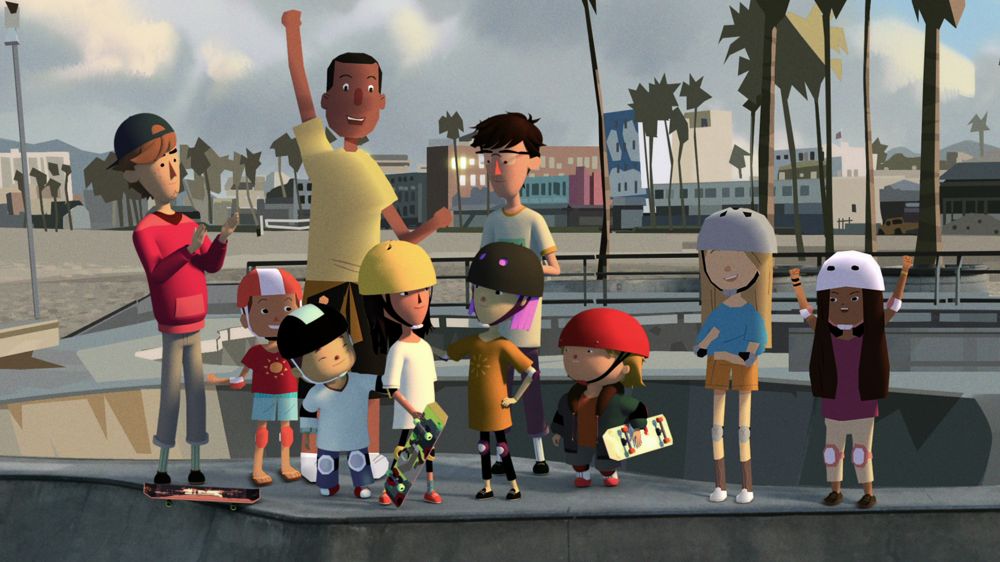 I feel that kids deserve more respect, especially when I think of some of the children’s programming of my youth, which was about selling us toys. I mean, they were sort of entertaining us. You could show us any over-the-top, loud garbage, and we would be drawn to it as kids. I am excited that it’s not about that anymore and kids are able to judge content just as we are as adults. Sure, there are times that you just want to watch something trashy. It’s fine to have that as long as we have the other stuff, too, which is what I enjoy making — material that is deep, personal and a calming force and not about driving people to buy stuff. The more I can be part of that, the better I feel about what I’m putting out there and doing for my own kids.

City of Ghosts debuts on Netflix on March 5.

You may also like...
Related Topics:City of Ghosts, Elizabeth Ito, featured
Geographic Region:Worldwide