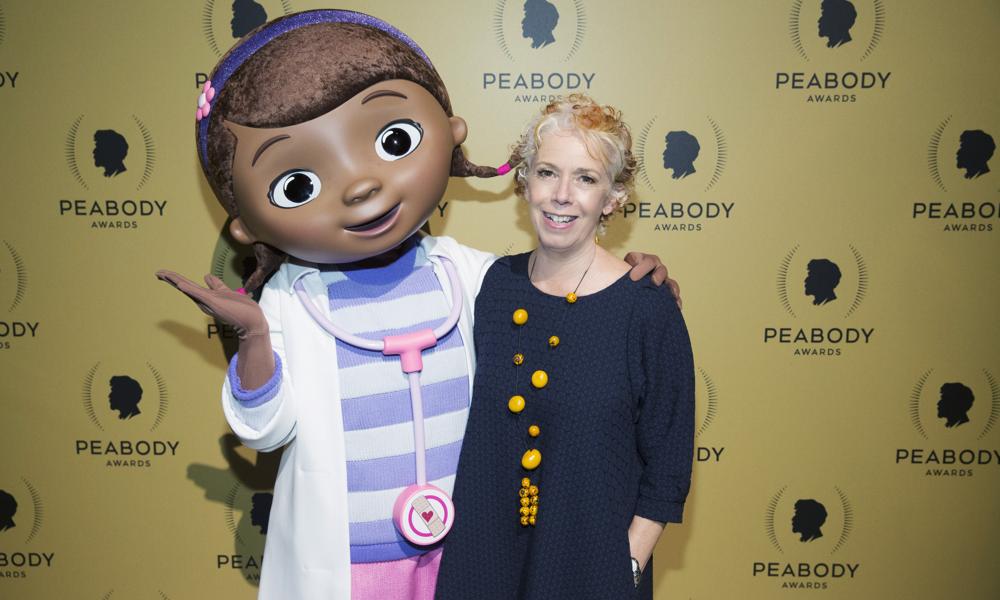 Longtime Mouse House leader Nancy Kanter is leaving her post as EVP, Content and Creative Strategy for Disney Channels Worldwide next year after 20 years with the company. Kanter will make her exit at the end of January 2021. The announcement was made by her perennial colleague, President & CCO Gary Marsh, in a company email.

The colleagues have agreed to a long transition period that gives Marsh time to assemble a comprehensive plan for Disney Channels’ future. Kanter is not expected to retire — rather, the longtime children’s entertainment champion who helped launch preschool destination Disney Junior is reportedly ready for new challenges. She originally joined Walt’s crew in 2001 as VP Original Programming, Playhouse Disney; was promoted to SVP in 2004 and expanded the role to Playhouse Disney Worldwide in 2008. Kanter was named EVP Original Programming & General Manager of Disney Junior Worldwide in 2012, and expanded her role to cover content for kids 2-14 with her current title in 2017.

Nancy Kanter, our trusted partner and creative leader for nearly 20 years, has decided to leave Disney Channel at the end of January 2021.

With her extraordinary talent and passion for storytelling, she helped us create stories for audiences who are just beginning to understand the power of stories. Without a doubt, paramount among her many achievements is building one of the most culturally relevant channels and brands in the global kids’ television business, Disney Junior. At every turn, Disney Junior is a reflection of what matters most to Nancy – entertaining narratives driven by original characters who bring the magic and heart of classic Disney into entirely new stories.

Another of Nancy’s remarkable and enduring accomplishments is leading the creation of a new way to showcase the most beloved character in the entire Disney universe, Mickey Mouse, to preschoolers and their parents — with the CG-animated series Mickey Mouse Clubhouse which went on to become one of our most important franchises…ever.

Nancy also shepherded the development of another remarkable series for Disney Junior, Doc McStuffins. And it was Nancy who, early in the development of the series, called for the lead character to be visualized as a young Black girl, and we proudly celebrated Doc as she became a role model for all kids, and especially girls of color. The series won the prestigious Peabody Award, and was cited by critics as “one of the most important shows in the history of television.”

Her legacy also includes the Emmy Award-winning Sofia the First and its groundbreaking spinoff Elena of Avalor, and the recently launched Mira, Royal Detective. Each of these series is a testament to Nancy’s stewardship of culturally accurate and universally appealing stories with themes that are resonant and authentic to our diverse audiences.

In her expanded role as the head of creative content and strategy for DCWW, Nancy drove the successful development of High School Musical: The Musical: The Series for Disney+, delivered Disney Channel’s first original movie, Secret Society of Second Born Royals to Disney+, and expanded upon the success of the Disney Channel Original Movie Zombies and Descendants franchises with the most recent movies that delivered even more viewers than their predecessors.

At our TV Animation studio, Nancy championed Disney Channel’s Marvel’s Moon Girl and Devil Dinosaur and the animated fantasy-comedy The Owl House (our #1 animated series with girls and kids) and Phineas and Ferb The Movie: Candace Against the Universe and The Proud Family: Louder and Prouder for Disney+.

In her Disney tenure, it’s clear that the content Nancy has championed is world-class and vast – far too extensive to list here. But beyond the specific content, her enduring legacies are the people she’s mentored, and the culture she’s helped nurture – both of which embody and embrace Nancy’s commitment to honesty, integrity and excellence in every aspect of work.

I have no doubt she will continue to explore her passion for great stories in the next chapter of her impressive career. She’s not leaving us for many months, so we’ll have plenty of time to celebrate her before she departs. For now, though, please join me in wishing her a magical journey ahead.”

“There’s no question that the 19+ years I have spent at Disney Channel have been among the most productive and rewarding of my career. I could not be more proud of the content I’ve had a hand in creating and the teams I’ve been fortunate enough to lead. I will leave next year looking forward to continuing to create content that will have a lasting impact on the lives of kids and families around the world via today’s expansive entertainment landscape. I thank the leaders across the company for having given me the opportunity to not only grow as an executive but also as a contributor to the enduring legacy of great Disney storytelling that will live on for generations to come.”