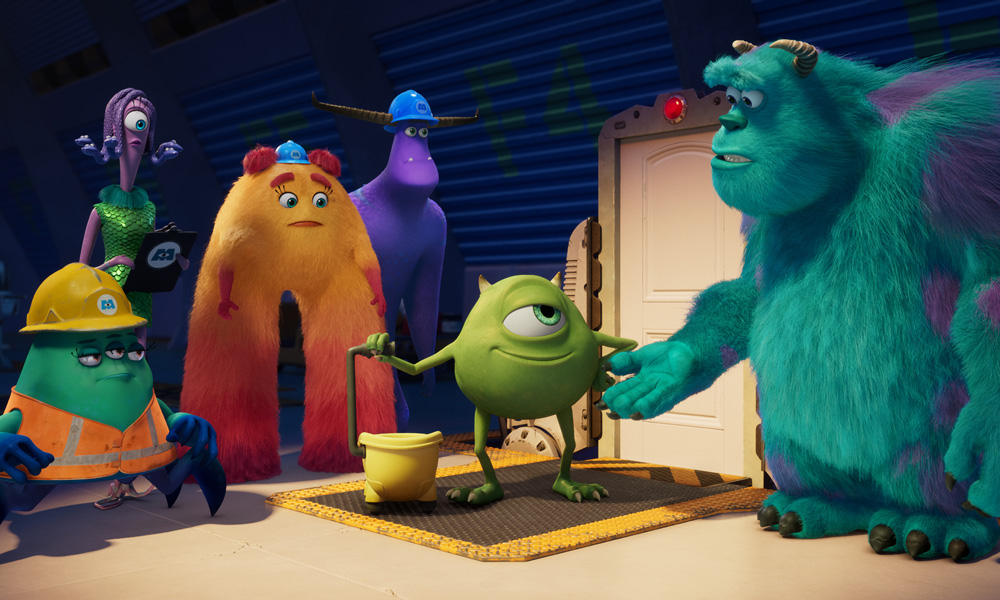 Tylor Tuskmon is an eager young monster who has to learn how to become a jokester when he lands a job at Monsters, Inc. He is one of several new misfits at the center of Monsters at Work, a charming new spinoff series based on Pixar’s Oscar-winning 2001 movie, which premieres this month on Disney+. In addition to meeting new characters such as Tuskmon (voiced by Ben Feldman), Val Little (Mindy Kaling), Fritz (Henry Winkler), Duncan (Lucas Neff) and Cutter (Alanna Ubach), fans can also enjoy the classic shenanigans of favorites Mike Wazowski (Billy Crystal) and Sulley (John Goodman) throughout the 10-episode run of the first season.

Emmy, Humanitas and Annie Award winner Bobs Gannaway was kind enough to talk to us about Monsters at Work and how he and his team set out to bring the characters from the Pixar classic back to animated life in their charming new show: 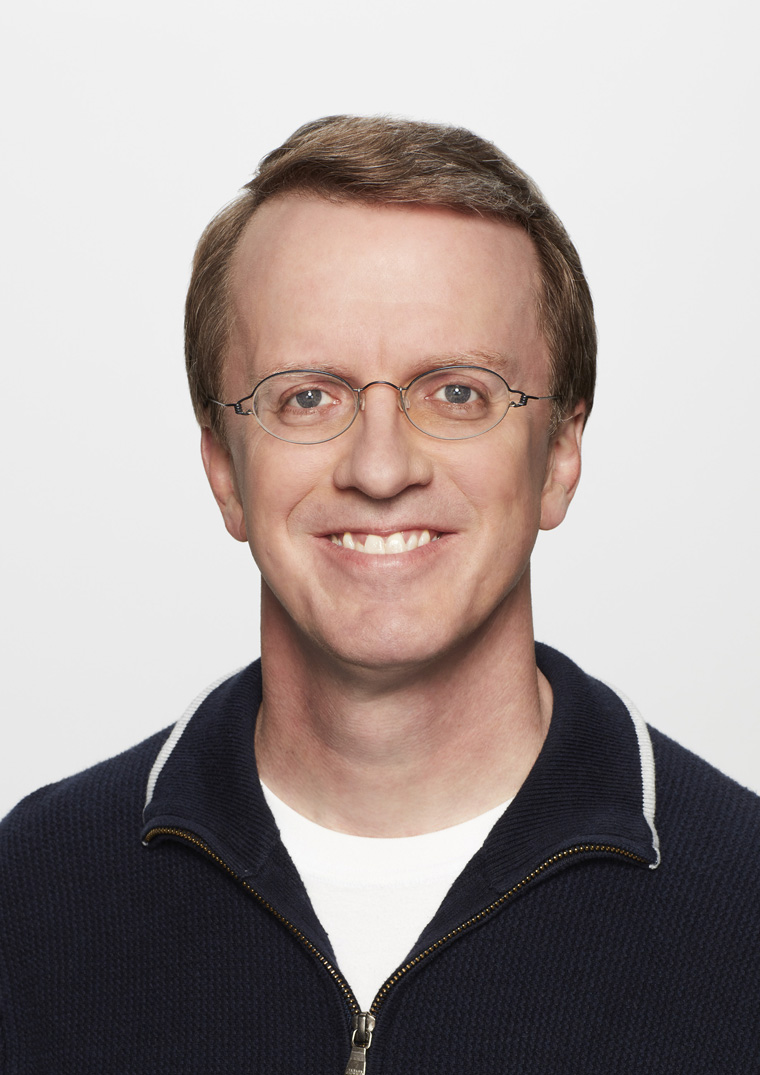 Thanks for taking the time, Bobs. Can you tell us how you came on board this much-anticipated new show?

Bobs Gannaway: Three years ago, Disney TV animation approached me to develop the series based on the wonderful Pixar movie. I was very excited about bringing everything I learned in TV animation as well as working in features to this project and to bring the audience back to the place they love. We wanted them to spend time with the characters they fell in love with and meet new characters as well. The idea was to elevate the production across the board and try to do right by this great movie that we all love.

The show’s CG animation looks fantastic. Can you tell us where it’s produced?

It’s being produced by Icon Animation (Elena of Avalor, T.O.T.S, The Rocketeer) in Vancouver. Working with them has been fantastic: We worked with them as partners who worked hard to continue to elevate the project. They were adding things in animation to continue to improve on the show.

A lot of the pre-production, design, boarding and layout and writing is done by our team in L.A. and Burbank. Pixar was very helpful in the beginning. They provided us with a lot of the development art that had been created for the original films, so we could be inspired by things that their story didn’t ask for or understand how they got where they got. During the process we checked with them occasionally, and Bob Peterson (who also does the voice of Roz) consulted on scripts. The great thing was that we had this blessing from them from the start. They told us, “Here, go have fun with this world.” And most importantly, expand the world and don’t just repeat the movie. Do something new. 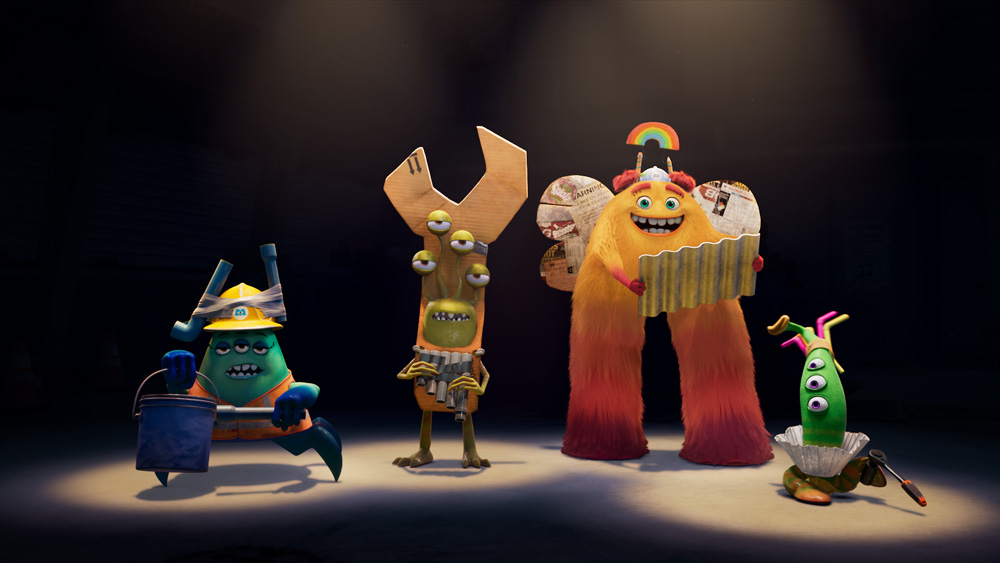 Did you have any qualms or hesitation about approaching such a Pixar classic?

The thing is, we are all fans, too. Everyone in animation is an animation fan. Everyone wants to do right by something they fell in love with. We all want more of something, but you don’t want to mess it up, right? From the beginning I asked everyone on the crew, what can we do to really take the audience back to Monsters, Inc., both in terms of storytelling and to keep the heart and humor of a Pixar film? Something I told the crew was, “Look, we’re not making a series. We’re making 10 little movies!” The pacing, the storytelling, the design all needs to have a theatrical touch to it.

You have been able to bring back classic theatrical characters from movies such as The Lion King, Peter Pan, Cars and 101 Dalmatians to TV shows in your career. What is your secret sauce for spinoff success?

It is a challenge, because we want to do stuff that is nostalgic to us, but also keep it new and fresh for the audience. For this show, the bottom line is that the whole original cast is back. That’s a testament to their belief in the show and all the new characters are so excited to be part of this world. What we got right was we truly go back to Monsters, Inc. with Mike and Sulley. I fell in love with the new guys, too. Pixar and Pete Docter have also been very supportive of this project.

I have a little tidbit: When we were bringing back the cast, I didn’t think we were going to bring Smitty and Needleman because their original voice actor Daniel Gerson passed away in 2016. But characters have their own lives and they would not allow themselves not to be in the show. So we brought them back because it felt like the right thing to do. I believe that Dan would want these characters to live on. [On the new show, the characters are voiced by Stephen Stanton.] You may notice that on the trash can that Smitty and Needleman push around, it says Gerson Industries, which is our little tribute to Dan. 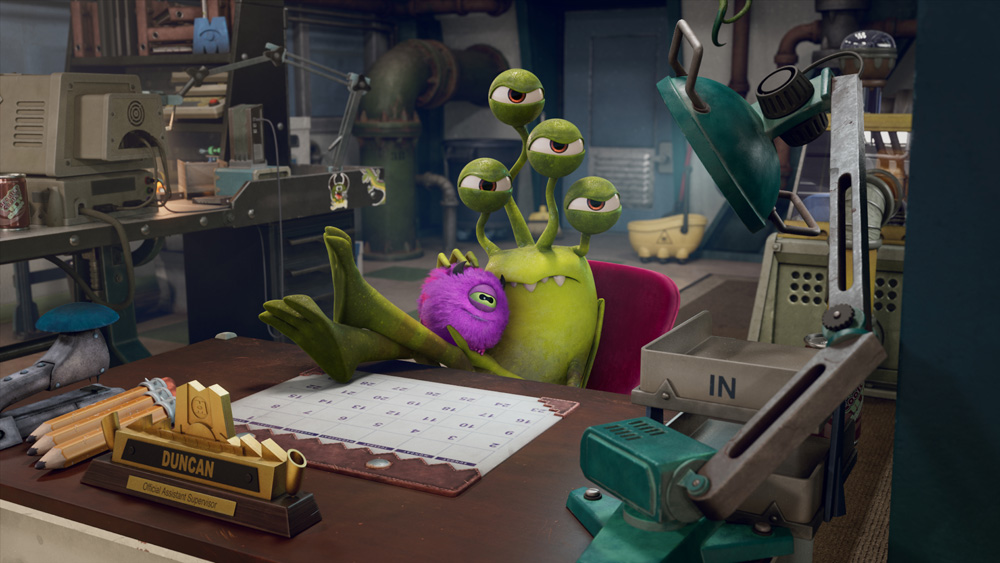 Why do you think Mike and Sulley and all these characters are so beloved?

What Pixar does so well is that they make sure that you care and that the characters feel real to you. When you go to Disneyland, you go there to be with the characters, not to be with a plot. What’s so great about Pixar films and the Monsters, Inc. movies are the characters. That’s why they are so lasting. So we see more hijinks in this world, and you get to spend more time with your old friends.

In the old days, it was very hard to duplicate the animation quality of theatrical features for TV shows. Can you talk about how technology has really caught up now and allows you to do amazing things for the small screen as well?

In the past, it was simply impossible to match feature animation quality. What we did here was ask everybody on the team to do their best to improve the process. An example is the camera on the show: We use the same lenses that the Monsters, Inc. uses; the camerawork adds to the familiarity of the staging. We told the team at Icon that they can add to the animation as well. We told them, you will not be punished for making it better. I am so proud of the show because I feel everybody contributed across the board and all those efforts made it better.

Icon has worked on Disney TV properties before. We were very clear about the level of quality we were expecting, and they were very excited to be able to raise their game. 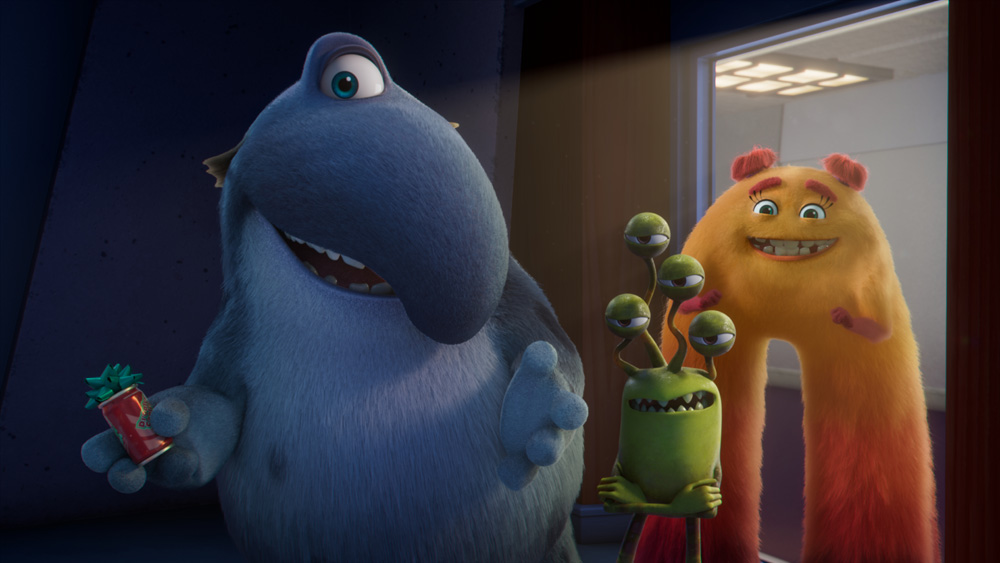 Which Monsters at Work characters or storylines are close to your heart?

I am really excited about an episode I proposed at the very beginning of the process. It took us two years to get it right. It’s the one where we get to visit the Adorable Snowman (voiced by John Ratzenberger). We went through at least three different scripts — we threw out an entirely boarded episode — until we got the story right!

Will we see any crossover characters or fun Easter Eggs?

We don’t have any crossover characters from any other films, just the Monsters, Inc. world. We have some Easter eggs here and there. Pay very specific attention to the graphics in the show. The world we live in is filled with stuff on the walls, billboards, streets — and when the animated world doesn’t have that, it doesn’t ring through. We worked very hard with our graphics designer Marty Baumann to get all the details right. If you see a newspaper on the show, that entire article is written. It’s a great way to expand the world.

The show has a terrific 2D opening credit sequence. Can you talk about that a bit?

Geefwee Boedoe [Oscar-nominated director of the 2010 short Let’s Pollute], who did the original Monsters, Inc. opening 20 years ago, also created our show’s opening title. He did it using paper cutouts the old school way, and was so excited to do this sequence. If you sit through the entire credit roll at the end of each episode, you’ll get an audio treat as a reward! We want to entertain you as much as possible so we do a different version of the Monsters, Inc. theme on every credit roll, which is tied thematically to the show.

Spoiler: For example, we have an episode where we have a bagpiper character, so we do the theme song with bagpipes during the credits. Listen, we’re in the entertainment business. You bought the ticket, so we are going to entertain you the best we can! 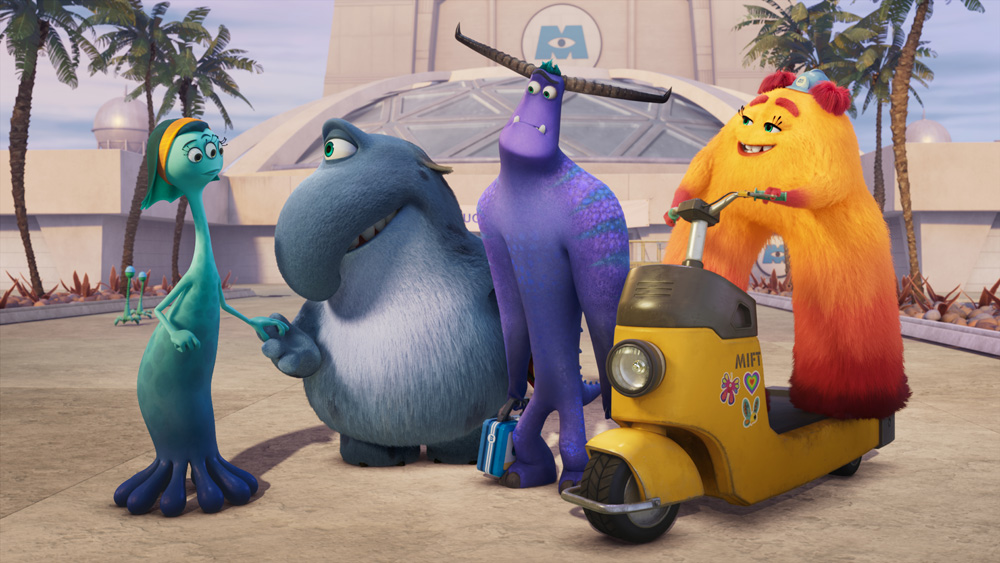 Now, for the Bobs bio question! When was the first time you realized that you wanted to work in animation?

My mom was an art teacher and my father was an architect. I loved, loved, loved Charles M. Schulz’s Peanuts strip. I would cut them out of the paper every day and redrew them. I was a Chuck Jones fan, of course. Every Sunday night, I would hope and pray that The Wonderful World of Disney focused on animation. (Not that I minded the real-life adventure episodes.) I wanted to be an animator, but I didn’t have enough training in drawing, although I could draw a little bit. I applied to CalArts for animation and USC for filmmaking; I got into USC, but kind of like Ed Catmull who wanted to be an animator by route of technology, I got in through the filmmaking, live-action and writing angle, but still got to where I wanted to be. I am so blessed that I got to work with people like Chuck Jones and Roy Disney and Maurice Noble.

Finally, any words of advice for students and animation job hunters?

I think things are incredible nowadays with everyone having access to worldwide distribution. I would say it sounds very Joseph Campbell-like, but pursue your bliss, and write what you know and believe in. Don’t pitch anything that you won’t spend your own money to make. It is irresponsible to ask someone else to spend money on something you wouldn’t sell your own car to pay for. Be passionate and believe in what you’re doing, and don’t pitch to sell. Pitch because it’s something that comes from your heart.

Monsters at Work premieres on Disney+ on Wednesday, July 7.