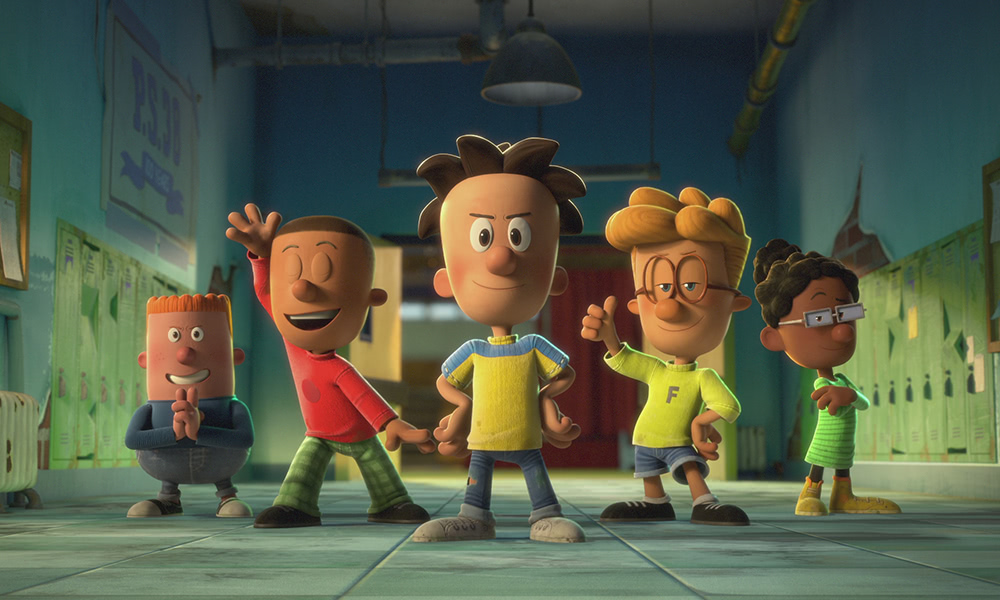 It’s hard to believe that it’s been over 31 years since cartoonist and author Lincoln Peirce introduced the world to his charming sixth grader Nate Wright and his best friends in his popular comic strip, which went on to inspire a series of successful books. This year, the precocious 11-year old and his friends star in their own CG-animated series Big Nate, which premieres on Paramount+ today (February 17).

The show, which features the voices of Ben Giroux, Dove Cameron, Rob Delaney, Bryce Charles, Arnie Pantoja and Kevin Michael Richardson, among others, is executive produced by Mitch Watson (All Hail King Julien) and John Cohen (The Angry Birds Movie) and produced by Amy McKenna (Beware the Batman), with Peirce serving as consultant throughout development and production. 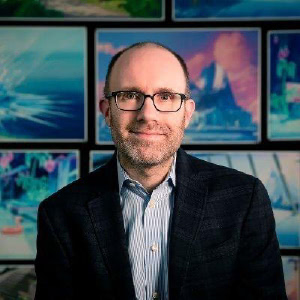 “I have been a huge fan of Lincoln’s work for years, and when we started to talk about bringing Big Nate to animation, it was clear that it was very important for him for the property to have a great animated look,” says Cohen. “Many people had approached him to develop it into a live-action property, but he kept saying no, because these characters were designed for comic strips. I mean, you wouldn’t want to make Peanuts into a live-action show. These characters don’t age. Nate’s always in sixth grade and we wanted to honor and respect that and stay true to that cartoon physicality. So, once we talked to [Nickelodeon and Paramount president] Ramsey Naito and some of our other friends at Nick about three years ago, they introduced me to Mitch. We knew we had the perfect home and group of people to collaborate with on this show.”

Watson says the show had a quick development period. “I was hired in October of 2019, and the show was greenlit by that December,” he notes. “We had our supervising director Jim Mortensen and art director Dave Skelly, and a couple of other key people. Then, we had one day of casting, and then everything got shut down because of the pandemic. Overall, we have about 70 people here in our group at Nickelodeon, and then there’s the production team at Xentrix Studios in India.” 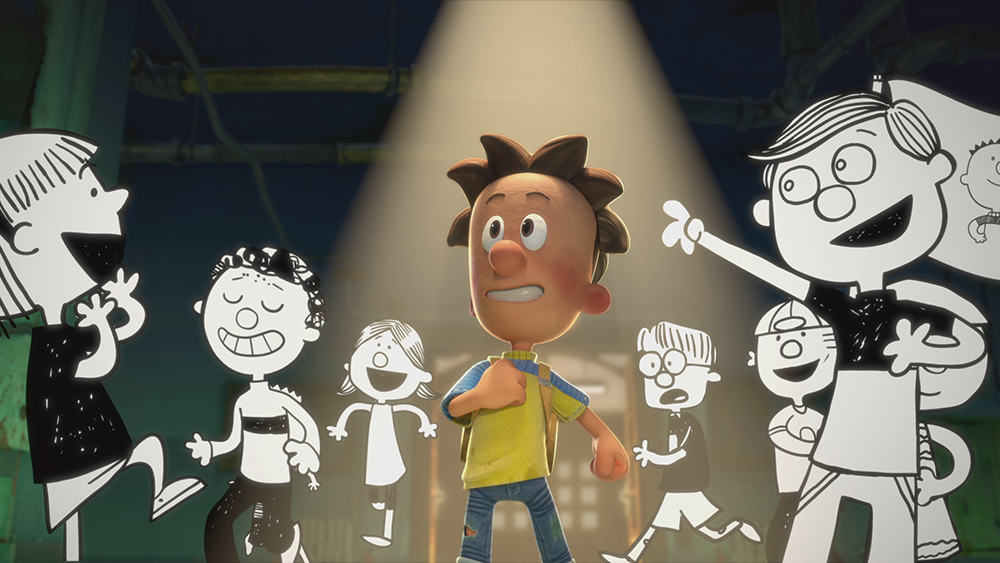 Watson adds, “I met very few people in person. Everything has been done remotely. I mean, animation is an extremely collaborative process, so it has definitely been an interesting experience! We also have the amazing Sam Koji Hale, who is our associate art director. I call him our Terry Gilliam, because he can turn things around two weeks later. He has a stop-motion background, so he shoots a lot of the stuff in his own studio and then animates it all in After Effects.”

The visual look of the show was conceived by Watson in partnership with David Skelly. “Our show looks unlike anything I’ve seen before in an animated series,” says Cohen. “He had the idea from the very beginning to do something that had never been done before. We had all these great chances to explore mixed media and the different styles on the show, all of which led to both creative and comedic opportunities for us.” 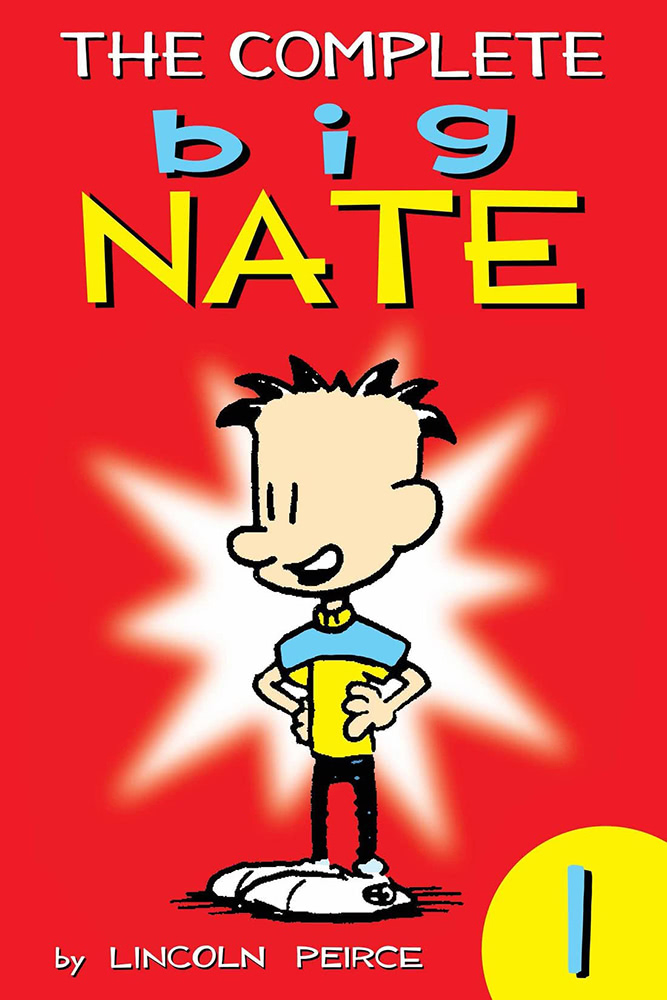 Watson says he really wanted the show to reflect the cartoonist’s original style as well as evoking a certain sense of nostalgia which he associates with the Big Nate books. “I wanted to somehow translate that nostalgia into the show itself,” says the exec producer. “I am a huge fan of the old Rankin-Bass Christmas stop-motion specials. I was very lucky to find David Skelly, who has worked on Henson productions and has a great background in puppetry. Even the tools that they use and the buttons on their shirts are oversized on purpose so that they look more like puppets.”

Watson also mentions that he and his team played a lot with shadow and lighting as well to evoke what we usually see in stop-motion projects. “It drives me insane when I see CG-animated shows that are just really brightly lit. We wanted to avoid that in our show. We also hired a talented woman named Becky Finn who learned how to draw like Lincoln. She has been our soldier throughout the whole process. She does it all in 2D, and then we comp it later.” 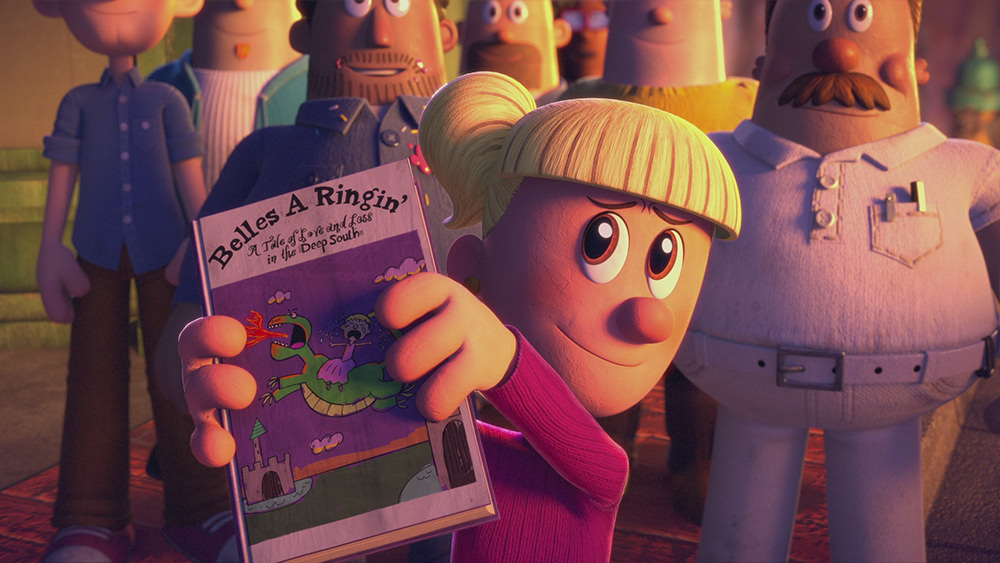 The addition of art director Skelly was a big boon to the series. “Just like Mitch and John, I have a sincere love and appreciation for Lincoln’s work,” says Skelly. “I was already a fan of his work long before I joined the show. On a personal level, I could really relate to the material, because I was kind of like Nate in middle school. I thought I was awesome, despite the fact that everybody else disagreed with me. But joking aside, I was also an aspiring comic-strip artist in middle school, just like Nate. I had my own comic strip published in my local paper in Michigan, so it was very easy for me to invest myself in this character and this subject!”

Skelly points out that it was important for him and the rest of the team to create a unique look for the show. “We were given free rein to do something really special which evoked a sense of nostalgia. That’s why we decided to animate on twos to add to that stop-motion feeling to the movement of the characters. We looked at a lot of the classic Rankin-Bass specials for inspiration. We hope that we’ve achieved something that looks just a little bit different.” 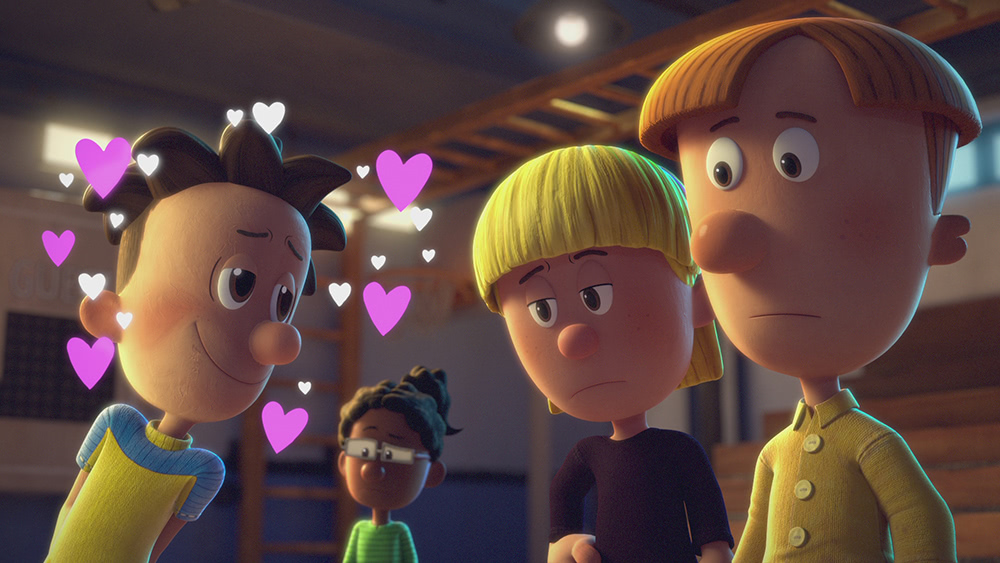 For that same reason, viewers will be hard pressed to find shots of the classrooms or the school that look pristine and brightly lit. As Watson recalls, “They would show me a scene and I would ask them to make it a little bit more dirty, so we’d bust out the wall or put some water stains on the ceiling. We wanted to show a typical public school. The master shot of the public school is this beautiful brick building, but then as the years go on, it gets crappier and crappier. Just like in real life.”

Cohen, Watson and Skelly are proud of the fact that they’ve created a show that looks great and is also quite entertaining. “I find the show to be genuinely funny,” says Cohen. “The show plays just as well to me as it does to my eight-year-old and four-year-old kids. They laugh constantly through all the episodes, so I hope everyone enjoys it and that they understand that this was made with a lot of love and passion by a group of people working remotely from their homes over the past two years!” 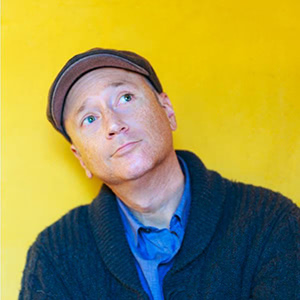 “That’s right!” says Watson. “We were all at home and this show kept us from losing our minds. We really wanted to make a very funny show that also features lots of music and well-known songs from the ’80s and ’90s. One of the best compliments we got was from Dove Cameron, who plays Ellen on Big Nate. She said our show reminded her of the cartoons she used to watch on Nickelodeon years ago. I mean, some of those shows were just crazy.”

“We want to make kids laugh, and hope that adults will want to watch them and that nostalgic element will resonate with them,” Watson continues. “I have kids myself, and watching some cartoons with them makes me want to jab my eyes out. I’m always attempting to make shows that parents will also want to watch with their kids. I think with Big Nate there’s plenty for everybody that they are going to really enjoy watching it together.”

The first eight episodes of Big Nate are now available to stream on Paramount+.

Trailer: DreamWorks’ ‘Team Zenko Go’ Takes Good Deeds to the Extreme on Netflix
‘My Little Pony’ Gets a Double Helping of New Series & Specials in 2022